Vodka is a very versatile and popular liquor that can be enjoyed as it is or mixed with other ingredients to add more interesting flavors. There are plenty of brands out there with their own style of vodka such as Absolut Vodka Vs Finlandia which both are great options without you having to spend so much. However, while being similarly called vodka, the two can be slightly different and before heading to the shop, let’s see which of them will fit your preference below. 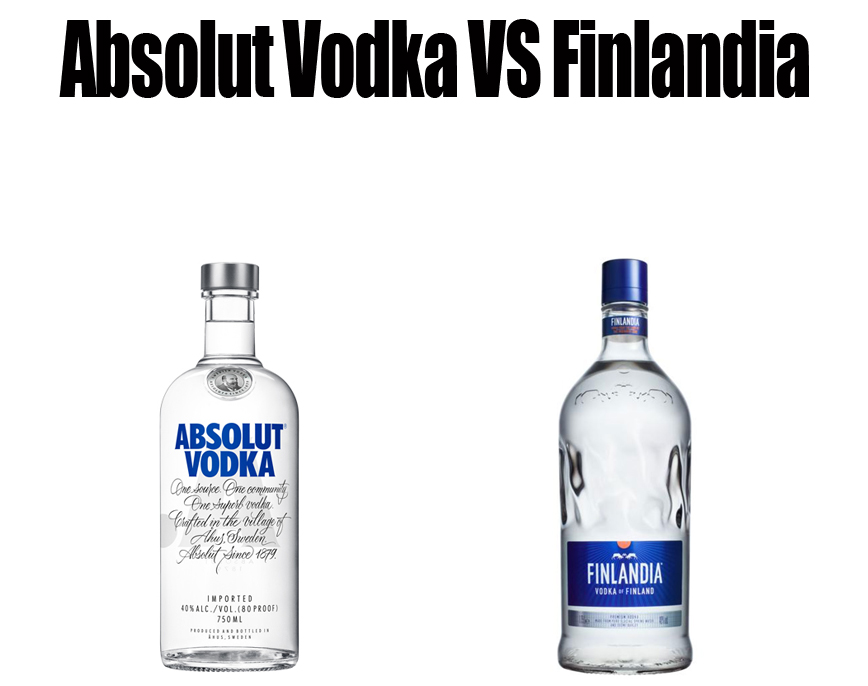 Nowadays there are more than enough alcoholic drinks that our memory can remember every time someone asks what you want to have that evening. Chances are we go with anything simple or go fancy with whatever we currently crave but in many of those fancy beverages, there is often vodka, the clear liquor that we all know lacks flavors. This beverage has been around for so long and originated from Russia but you can find it almost anywhere you travel.

If traced back, vodka is defined as clear distilled alcoholic beverage, made mostly of water and ethanol while sometimes it can be added with flavorings as well. There is no clear information regarding when the beverage was first distilled or made but the reports said that Russian vodka was not documented until 1751 and according to historians this beverage was first found in Polish document in 1405. In its adventure, the beverage gained its popularity during the 1940s which is amazingly still one of the most popular in modern days.

While we know vodka as a beverage and a strong one too, depending on their ethanol percentage, experts said that this was not initially made for regular consumption or was invented for medicinal purposes. As you can guess, ethanol is meant for disinfectant and antiseptic as well as fever reducer yet now they are one that possess health threats for many people. When consumed excessively, vodka can cause dehydration, diseases, and even coma or death due to alcohol poisoning which we are sure many of us are aware of.

Just like everything, if consumed excessively they will have dangerous effects, moreover alcohol that can directly affect our body yet, drinking responsibly and knowing our limits will keep us safe from various undesired accidents. In modern days, you can find plenty of vodka brands at stores and the amount is probably quite confusing since we all imagine the liquid to have no taste yet, it is not actually true because they do have subtle flavor or more of a texture.

Different brands usually have their own distinguished texture and a good one should move easily over the palate as well as providing a comfortable warmth in your mouth. They also need to be pleasantly good to smell and show the raw material of the beverage. But, if you are not into how they taste initially, there are also a growing number of flavored vodkas out there that you can choose based on which of them fits your preference better. 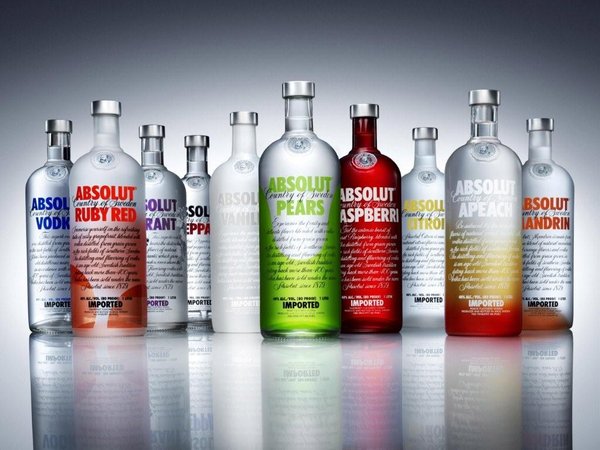 About Absolut vodka and Finlandia

When it comes to vodka, you may want to look around first and not settle for just one or two brands because we never know how the rest will taste like. For vodka, it is easy to test and trying since many of them are also very affordable. In recent years you may see there are more and more high-end vodkas but they are not necessarily the best choice as the one that tastes best for different people can be highly subjective too.

However, it is also true that those that seem to satisfy many people will have a high chance to greet you pleasantly so it is probably convenient to see what popular brands can offer first before we move to the less-familiar names. Among those that we often see, Absolut and Finlandia are two very affordable options that are available in the safer range in case starting at around $10 is too risky. The two are convenient options for almost anyone and on almost any occasion.

They are a safe bet since most brands in this category are offering good quality vodka but also don’t require that much to spend. Absolut is probably one of the most well-known brands of vodka that when you mention the beverage name they will come out almost instantly on search engines. This brand originated from Ahus, Sweden and has been around since the 1800s but starting to gain its popularity in the U.S. in NY around the late 1900s.

Its brand power is very strong and they continue to stay in people’s preference as well as promoted really well, especially among young people and in the creative industry. Finlandia vodka on the other hand may not be as ubiquitous but it is also one of the best options in the same price range. The brand originated from Finland and used to be owned by the state. It is owned by Brown-Forman Corp. now after fully acquired in 2004. 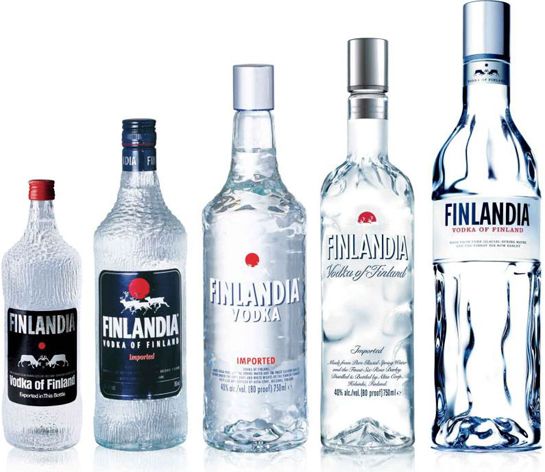 Because initially vodka has no flavors, it is probably not the taste of everyone besides being used to make other mixed drinks or cocktails but now you can find plenty of options with lots of different flavor variety, in which also what Absolut vodka and Finlandia are carrying in their catalog. Starting with Absolut, besides the original variant, this brand has other variants such as watermelon vodka, raspberry vodka, lime, mandarin, grapefruit, and many more. A unique one called Elyx has a rose/copper color and is distilled in a copper chamber as well.

Similarly, Finlandia is also both neutral and flavored vodka but some of their flavors are very popular as well compared to many competitors. In terms of collection it is still less than Absolut with only 11 of them but adequate to offer a wide range of experience with redberry, mango, coconut, lime, cranberry, blackcurrant, and more. It has a 101 proof vodka which is higher than its original variant which is around 37 to 40 percent.

We all know that vodka is distilled alcohol and they are often based on grain such as wheat just like Ketel One Vs Smirnoff but they can also be made from other starch rich ingredients like potatoes. In this part, both Absolut vodka and Finlandia are made from grain but the former is made from wheat while the latter is made from barley. Absolut is known to use the winter wheat from specific regions to keep its authenticity and as the name suggests, the plant is maturing during winter.

Barley on the other hand is probably not as popular being used as vodka ingredient but there are still plenty brands using it including Finlandia, Han, Van Gogh, and Reyka. Unlike winter wheat which is also the ingredient of Grey Goose, barley prefers warmer climates but similarly harvested in early summer or late spring.

In general, the making process of vodka is the same since alcohol is produced by sugar or starch fermentation. Both wheat and barley are rich in starch making them ideal for the fermentation process. To achieve a certain level of concentration they need to be distilled and this process is taking multiple steps in order to purify the alcohol from other contaminant or undesired taste and texture. The ethanol then mixed or diluted with water to a certain level according to the percentage.

Absolut said that the water they used comes from the local aquifer and filtered using reverse osmosis which is claimed to be very pure and doesn’t affect the taste of vodka but does so for the mouthfeel. As for Finlandia, this vodka is made with glacial spring water which doesn’t need additional filtering as it is said to have been filtered since the Ice Age. Unlike Absolut, this vodka claimed that there is no need to apply reverse osmosis or deionization for the water due to its high level or purity.

Now is for the taste of Absolut vodka and Finlandia but do note that this is highly subjective so our opinion and preference may vary. Both have a pretty good aroma and not as strong but in comparison Finlandia is milder. As for the taste, rather than flavor it is about the texture or mouthfeel in which the two are almost similarly sweet yet the Absolut is creamier and has a more comforting or soft feeling to the tongue while leaving the sweetness a bit longer as well.

Both Absolut vodka and Finlandia are great choices in the same price range and it is probably more about personal preference. They are made from different main ingredients but have plenty of flavors to choose from yet the original variants are already pleasing to drink on their own. The Absolut one is creamier and sweeter however, probably due to being made from wheat. It is also using filtered water and leaves its sweetness for longer than Finlandia.

You should choose based on which seems to fit your preference the most but personally if you like a milder and sweeter vodka, Absolut is both an affordable and easier option to choose. This brand is also available in a wide range of flavors for you to try.