Vodka might be often said to be tasteless and have no character whatsoever but they are not actually like plain water at all. Different brands and different ingredients usually have their own character or how they feel in the mouth including the popular budget options like Absolut Vodka Vs Tito’s. Both of them are often chosen for their versatility which also great for different occasions but whether they taste identical, let’s see what these famous brands of vodka can offer to you.

When talking about food or popular beverages most people will have their own answers and it all relates to our personal preference so there are no right and wrong answers as well. Considering how alcoholic beverages are drank almost anywhere on this earth, there is an interesting fact that Vodka which is probably the most lacking in flavors among many others such as Rum and Whiskey which are also very popular, being at the top of the chart in terms of how much sales they can generate.

It shows that this beverage is able to compete with those that are more prominent in taste and characters. Just as why people love Rum for their taste, many also like Vodka for their taste which is easy to mask with any other ingredients. It led people to believe that this alcoholic beverage has no taste at all or like water and while they usually, in most cases look like plain water, they definitely don’t taste like one or even smell like one.

However, similarly they also don’t have as strong and as pungent as many other types of alcohol, especially hard alcohol. This is probably the one reason that makes it extremely popular worldwide since due to the lack of taste and smell it means we can add anything and use it for making any other more interesting beverages like Bloody Mary or Black Russian and Moscow Mule. On its own, Vodka is usually not something that people enjoy without chasers to mask the feel.

When asked to describe Vodka, people’s answer may vary as well including professionals; some may say they taste like gasoline, like rubbing alcohol, or sometimes can be malty, sweet, and a hint of herbs, depending on what they have been tasting and how serious they are into the tasting test. At the end it is still difficult to say what they actually taste like because different brands and different bases often result in different bottles of Vodka too, making none of them are actually 100% identical. 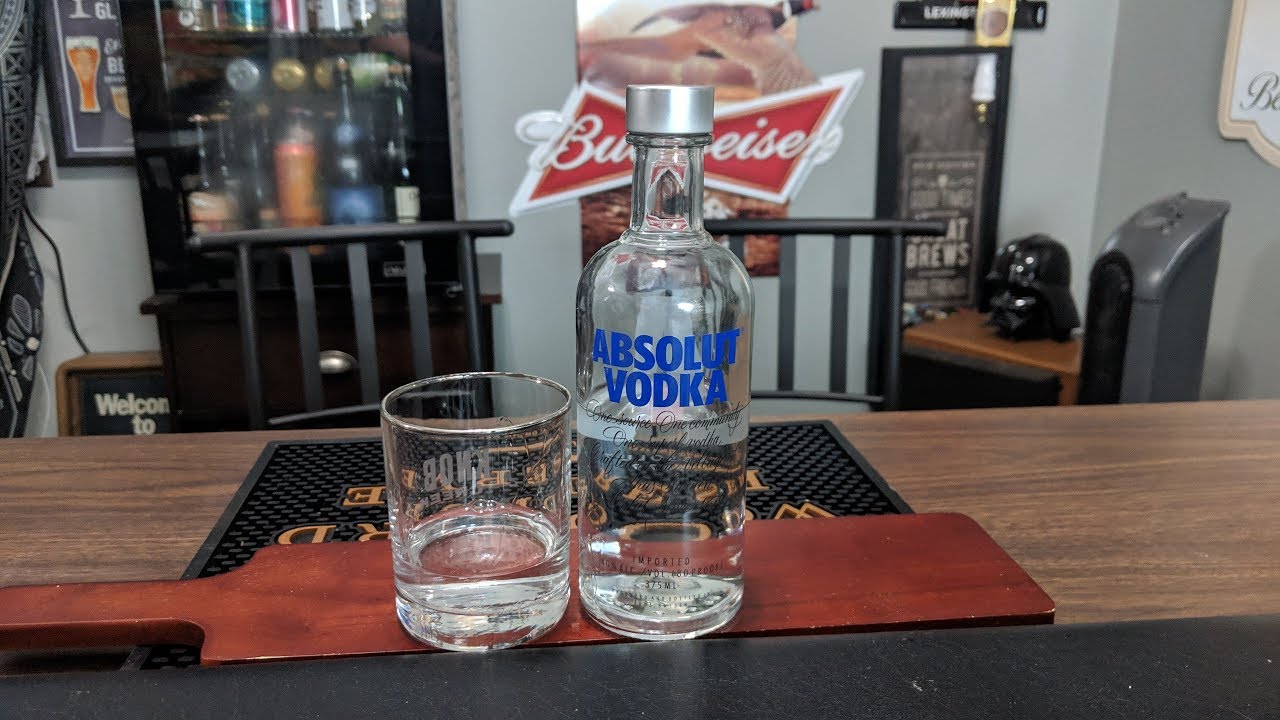 To make it easy when choosing based on the strength, the higher they are the less smooth usually the Vodka will be. Some variants such as Absolut 100 and Smirnoff 90 are all higher than typical 80 proof or 40% and will deliver a more intense experience, whether you want to call it burning or stronger kick, this type of variants are not as easy to mask with other ingredients to make cocktails. Naturally the flavored variants will have less alcohol thus, easier to drink.

About Absolut Vodka and Tito’s

At the end of the day it is about which you like better and which site best on your palate so it is not very important about what others feel about your choice as we also have our own preferences. There is even a suggestion that people may perceive alcohol very differently depending on their genetic makeup so there is no other way to find the best option but to have it a taste yourself. As for Vodka, while high-end premium brands are growing, most of them are very affordable to try.

Bottom shelf Vodkas are not always the bad options because you never knew before trying and we do think they are a great start to grow your options by slowly moving to the mid and higher range later. The choices on the more affordable range are such as Absolut Vodka and Tito’s which we are sure most people are already familiar with. They are the go-to when you are on a budget and often the safe bet if you are not sure about which to put in the cart. Read also: Absolut Vodka vs Finlandia.

In comparison, many people may think that Tito’s is the older brand since the labeling is designed to look ancient somehow, in fact Absolut is the one that is both manufactured and popular in the market far earlier. This Swedish brand has been around since the late 1970s and used to be owned by the Swedish government until it was sold to Pernod Ricard in 2008. This brand is extremely popular which makes it easy to find them almost anywhere you travel overseas.

In terms of price range both Absolut Vodka and Tito’s are on the lower range around $17-$21 but also not the cheapest you can get since we still have Everclear and Lairds which are going to be even more cost effective but, taste wise we genuinely more confident about these brands. Tito’s especially has gained so much popularity and is surprisingly good even rated by professionals as one of the best budget choices so we do think these brands are safer to opt for if you are not familiar with the collection yet.

In general all Vodkas are clear and have no color unless they are flavored and when you think about flavored Vodka such as strawberries or cherries, most cases there is no actual fruit juice in there but artificial flavorings and food colorants. The new beverage does look more attractive however and since fruit or flavored Vodkas are typically lower in alcohol, they will be easier to drink just with ice or on its own. In terms of flavor collection, between Absolut Vodka and Tito’s the former will win hands down. 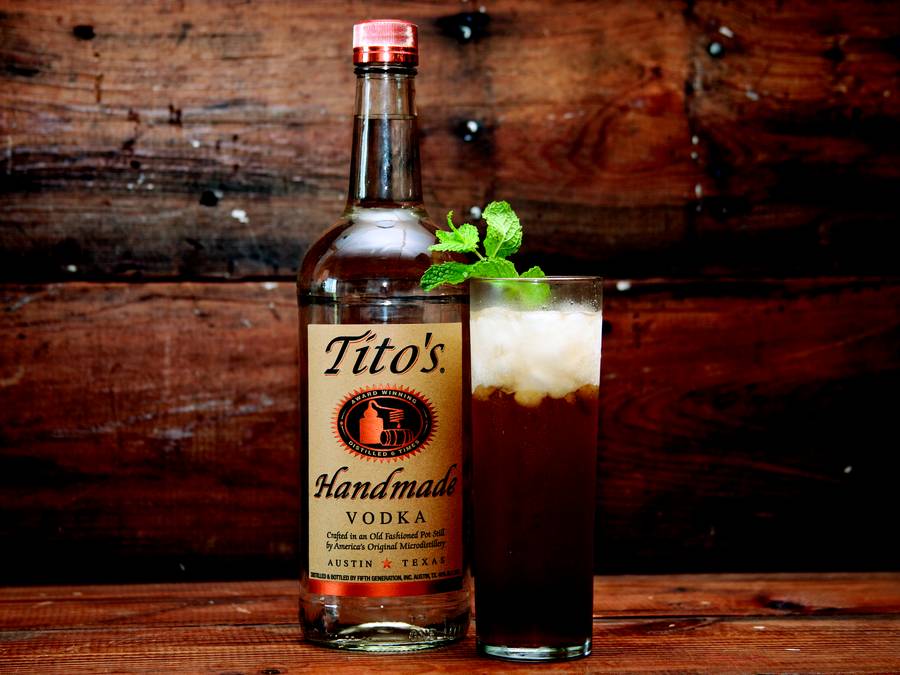 This is just because Tito’s currently have no flavor options in their catalog while Absolut has tons of them and when this article is written there are more than 20 flavor variants in the collection; some are fruit flavors like apple and cherry or mango while some are vanilla, Extrakt which is cardamom flavored, 100 which is 100 proof, and Elyx which is copper distilled.

As many already know, Vodka is distilled liquor and they are made from starch rich ingredients such as grains which is what these two are using to make their beverage. For Absolut, this is a grain based or made from winter wheat which is also special because they are only using those growing in Ahus, Sweden. The winter wheat is said to be planted in September and harvested in August which is very high in starch that is going to be fermented to make alcohol.

Tito’s on the other hand we are not very sure about the ingredient sourcing but this American brand is using yellow corn to make their beverage in the home place Austin, Texas. There is a belief that Vodka will lose its texture as they get distilled and the reason why corn is being used here is to retain some of the smoothness.

When it comes to the manufacturing process each brand may have their own special steps or distilling process but in general they are distilled from the mash such as wheat mash and corn mash and the distilling process is meant to remove the impurities, leaving the unnecessary character behind. Absolut name ring with the infinite distilling process itself which is claimed to be different than many other brands and it makes sense since it is column distilled. Tito’s on the other hand is made with pot still and distilled six times.

For quite some time there has been information going around about Tito’s using NGS and then distilling it in their facility which we personally can’t confirm but just for those who care but are not aware that this may affect how you see the brand in general. In our opinion it is not something that most people will care about since the beverage itself tastes good so there should be no issue.

Now lastly let’s talk about the taste of Absolut Vodka and Tito’s which again will come more subjective as we may have different perceptions. First thing from the scent, none of them are offending but in comparison Absolut is definitely showing the alcohol content while Tito’s is very subtle, almost like regular water. For the texture, both of them are very malty but the Tito’s one also give a sweet aftertaste after you gulp it down. If it was blind taste, many people would probably think Tito’s is an expensive one.

Both of them are good or more of a safe bet when you are on the budget range as most likely you will like them. The two are also ideal for being mixed with other ingredients to make your own beverages but in comparison besides between the column and pot still which still sparks debate even today, the taste comparison put Tito’s as a better tasting one. It has no strong scent, malty and smooth, yet also a bit sweet, overall very pleasant to drink on its own.

There is no bad option between the two so we do think you can go amazing with any of them but in comparison we will recommend Tito’s especially if you will be drinking it on its own or making an infusion as this one tastes and smells more pleasant.