Almond milk and Skim milk are popular option to replace cow’s whole milk. These milks are known to have many benefits without worrying about the fat. If you are currently maintaining your weight, you may want to change your whole milk with one of these two. 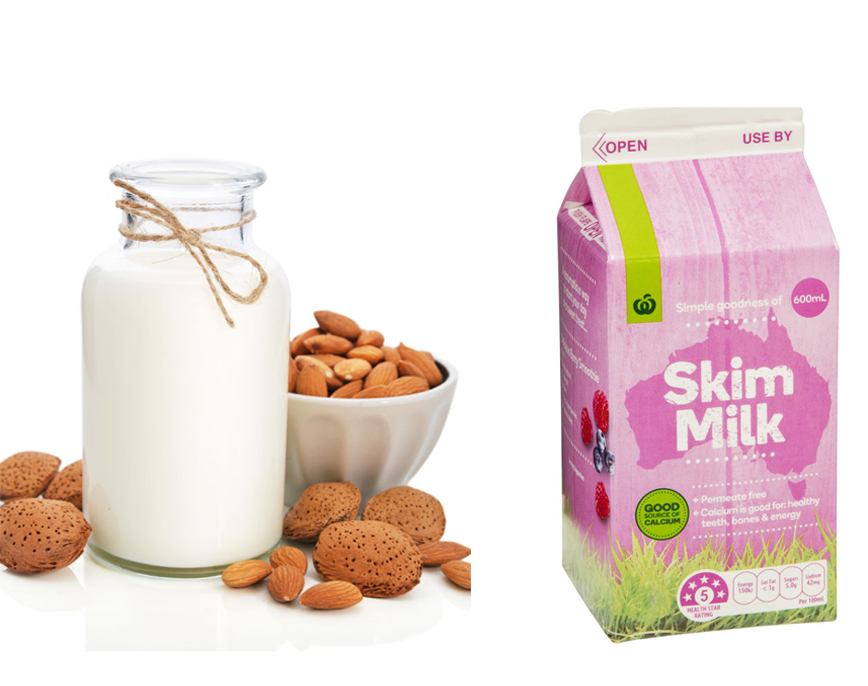 About Almond milk
Almond Milk is the white liquid you get from extracting almond nuts. This liquid have a creamy texture and nutty flavor as expected from nuts. If you purchase the milk in grocery stores, sometimes you will get some brands that put flavoring in their product to mimic dairy milk. Almond Milk is popular among people who can’t consume cow’s milk because of lactose sensitivity or those who avoid dairy products like vegan.

Some commercial Almond Milk have the unsweetened version, sweetened, plain, in vanilla flavors or in chocolate flavors and usually fortified with micronutrients, such as vitamins and minerals. Even though you can get Almond Milk easily in almost every grocery stores, you may also make it yourself at home, since it is very simple and will not take much time with minimum tools you must already have in your home like blender and mesh nut bag or cheesecloth.

How to make Almond milk
Taken from thekitchn, here is a simple way to make your own Almond milk. First, prepare the raw nuts, if you can get the organic ones then it is better then soak the nuts between 8 to 12 hours or overnight. Second, peel the Almonds’ skin until clean and leaving you only the white nuts. Third, put the nuts with water on blender or food processor and then blend in high speed on 2 minutes. If you use blender the result will be silkier and if you use food processor the taste will be nuttier. 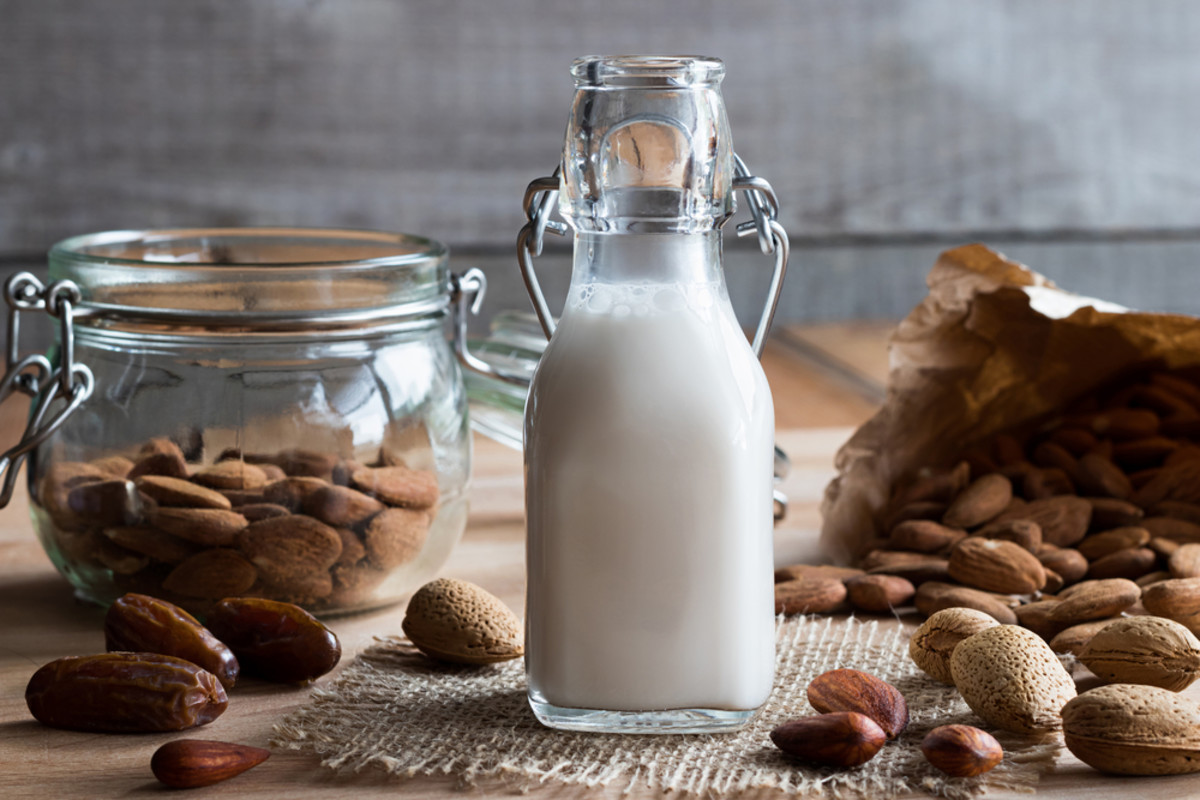 Fourth, put the mixture in mesh cloth and squeeze the liquid off. Fifth, transfer the milk in airtight compartments and store in refrigerator. You can sweeten it with simple syrup or add taste like vanilla as you preferred. The milk should last for a few days in refrigerator and it is recommended not to store it for too long. To see other milk substitute, check our article on Coconut milk vs Almond milk here.

Almond milk Benefit
Almond milk is known to have lower calories than regular cow’s milk, which is why it is loved by people who currently watching their weight. However this rule only apply to commercial Almond Milk, since homemade milk contains 50% fat and high in calories. As it have been mentioned above, commercial Almond milk is often fortified with micronutrients. Some brands enriched their milk with calcium to mimic cow’s milk, so it can be a good calcium source option for people who can’t or don’t consume cow’s milk.

The prominent benefit of Almond milk is because it rich in Vitamin E and healthy fats namely oleic acid, which is the main fatty acid in Almond and shown to be beneficial to lower bad LDL cholesterol and triglycerides as well as increasing good HDL cholesterol that will lead to lowering the risk of heart disease. Vitamin E is known to help body fight against free radicals.

About Skim milk
Skim Milk is the regular cow’s milk when all the fat is removed from the whole milk, so it will only contain a very small amount of fat around 0.1%. Taking it back into history, Skim milk was actually used to fattens pigs and also recommended not only as the best supplements to grow pigs but equally powerful for fattening purpose as well as making the feed more palatable. Today skim milk is consumed by people dominantly to replace whole milk. 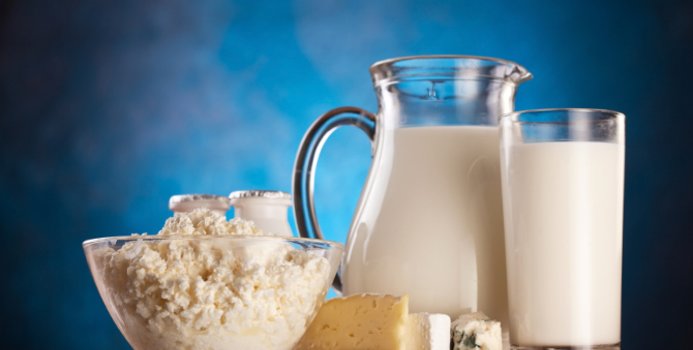 Skim milk is popular among people who are currently dieting, since it contains far lesser fat than whole milk. You can get skim milk in almost every grocery stores nearby, most of them are unflavored and it is very rare to see skim milk that has been flavored. You can get them in carton or jug packages, you will also find Skim milk in powder form for multipurpose. However, you can make your own skim milk at home from whole milk with easy steps.

How to make Skim milk
We are going to choose the hot skimming method, since if we use cold skimming we have to use non-homogenized milk, which may not available in some places. To do hot skimming, first, you have to prepare the whole milk and boil them in a hollow pan for about 10 to 15 minutes on low flame. Second, switch your stove off and put aside the pan to cool it down. Third, after it cools down, you will notice a layer of cream floating on the milk then you have to remove them and it is done.

Skim milk Benefit
Skim milk main advantage is because it is low in fat. Unlike other cow’s milk substitute that lacking on various nutrients. Skim milk nutrition still comes intact with the milk even though the fat has been removed. If whole milk contain saturated fat which is known to increase the risk of cardiovascular disease, skim milk is a great option to avoid the issue since it have lesser saturated fat. Skim milk is rich in protein and we need it for the amino acids.

Amino acids is important to help regulate brain activity and our body use a combination of 20 amino acids to synthesize proteins that will build cells and tissues. As expected from cow’s milk, it contains high calcium to protect your bones. However, removing the fat will also removing the Vitamin A and D, but this issue is overcomes by choosing skim milk that already fortified with those Vitamins, so you can enjoy the benefit without the additional fat.

Comparison
Now, let’s compare Almond Milk and Skim Milk. Seeing both milks from the commercial products, we can say that both equally nutritious, since manufacturer can fortified them with almost anything you need. Since Almond milk doesn’t contain lactose it is safer for people with lactose sensitivity unlike skim milk. Almond milk also have lesser calories and have no cholesterol, saturated fat or sodium while Skim milk still have those even with lower percentage than whole milk.

Conclusion
All in all, the decision is all yours to make and you can base your decision on your needs. If you are avoiding fat and calories above all, you should choose Almond milk, but you have to purchase it since if you make it at home the calories and fat in Almond will still intact with the milk.