Energy drink is a very popular type of beverage often consumed by people these days because they are well-known to be able to provide energy or keep us stimulated, so we can stay alert longer. In today Bang Energy vs Redline article, we are going to give you information regarding these two popular brands of energy drink about what they can offer to you and if there is any, how they are separated from each other. If you are interested, go check our article below. 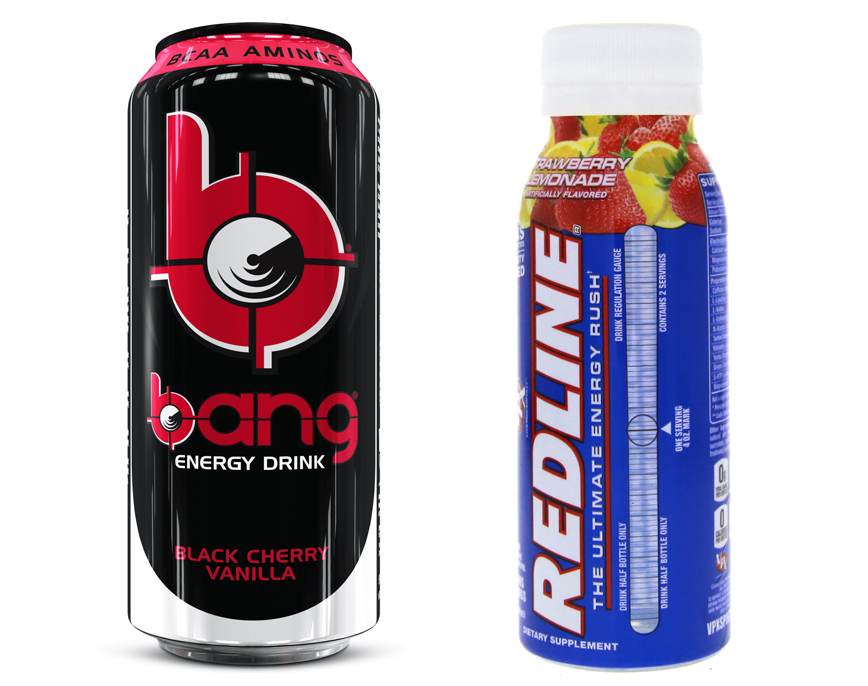 About Energy Drink
We are sure most of us already have a taste of energy drink even though you are not a fan of it. These type of drink is very popular and you can get them easily almost everywhere you travel and the composition are mainly the same, no matter what the brand with some also added additional ingredients to boost the effect. All energy drink just like its name are promoted to increase energy and enhance mental alertness as well as physical performance.

In the United State itself, the drink is one of the most consumed supplement next to multivitamins by teens and young adults and majority of them are men between ages 18 and 34 years. In general, there are two types of energy drinks; one is the one we usually see in grocery or convenience stores which is those that has a look very similar to soft drink and the other one is sold in small containers holding 2 to 2 ½ oz. of concentrated liquid called energy shots.

Energy Drink Ingredients
Just like what you have already know, the main ingredient of energy drink is caffeine and even though the amount in a can may not exceeding the amount you can get from some type of Starbucks coffee, since it taste good and cheaper, it becomes a very convenient source for caffeine. Typically, energy drink has 70 to 240 milligrams of caffeine in 16 oz. container and even higher in energy shots ranging from 113 to 200 milligrams. 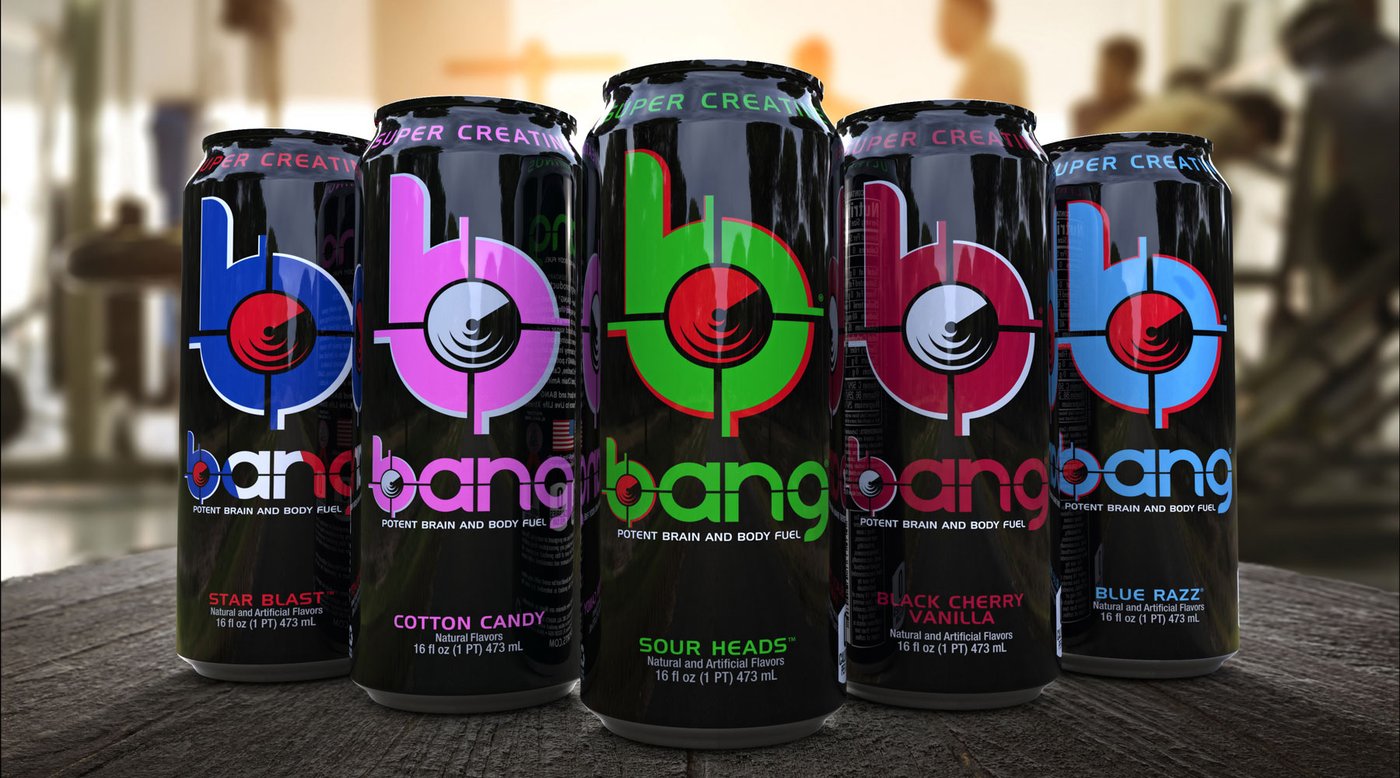 For comparison, soft drink like Cola also contains caffeine but in far smaller level. In each 12 oz. can of cola has 35 milligrams of caffeine and an 8 oz. cup of coffee has around 100 milligrams. In present day, there are so many companies offering their own version of energy drink that marketed under the same promises but there are also some of them who took the step further and add some other ingredients to enhance the benefit of their energy drink.

About Bang Energy
One of those company is Vital Pharmaceutical, Inc. or also known as VXP Sports. This company made a wide variants of sports supplements and two of them are Bang Energy drink and Redline. This company is founded in 1993 by Jack Owoc and located in the United States, Florida. Besides energy drink, they also market nutrition supplements for fitness enthusiasts. The founder said that their products are based on science which is why it is different from other brands that offer the same products. Read our other article on Pedialyte vs Gatorade here.

Let’s talk about Bang Energy drink first. This product is one of the most well-known item from the brand. Unlike the typical energy drink in the market that is stuffed with so many sugars and will harm your body, this one is claimed to not contain sugar and won’t give you that crash effect like after drinking energy drink from other brands. It has zero carbohydrate, zero sugar, zero calories, and also don’t use artificial coloring in their product. If you are not fond of caffeine, they even offer energy drink with zero caffeine.

Bang Energy Ingredients
What makes Bang Energy drink different is not only that, because they also include Creatine and Branched Chain Amino Acids as well as caffeine for the regular Bang variants. Taken from healthline, Creatine will help you produce more energy, support other functions in muscles, improving high intensity exercise performance, speed muscle growth and many more. Branched Chain Amino Acids itself will increase muscle growth, decrease muscle soreness, and reduce exercise fatigue. 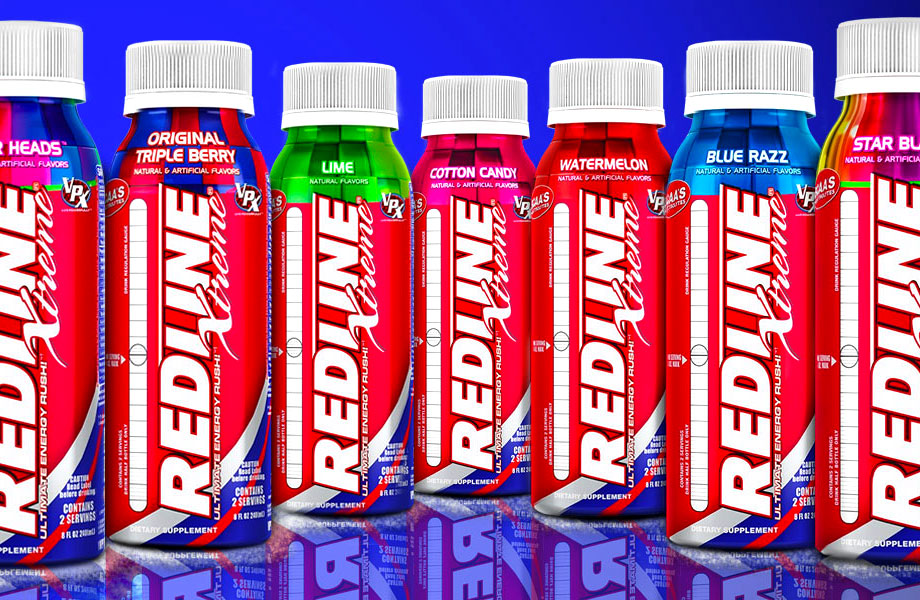 As for caffeine itself, most of you must already know the benefit. Besides making you less tired and increase alertness, according to an Austrian study, this substance can even enhance memories up to 24 hours after consumed. It will also fuel your workout because consuming caffeine will help your body burn 15% more calories when exercising for 3 hours compared to those given with placebo. Harvard study in 2014 showed that increasing daily intake of coffee consumption may lower the risk of type 2 diabetes.

About Redline
Other popular energy drink from the VPX is the Redline. This one is actually not only marketed under energy drink category but also for fat burning supplement. The drink is claimed to be the company’s breakthrough in physique-transforming matrix to coax your body and burn fat. It is said to give you a shivering effect which is known to release a large amount of fat stored in your body to bring the temperature back to normal.

Redline Ingredients
When looking at Redline ingredients, it is actually quite similar to the Bang Energy but also different since there are other additional ingredients such as N-Acetyl-L-Tyrosine, Toothed Clubmoss, Yohimbe, Yerba Mate Extract, Green Tea Extract, 5-HTP, and Vinpocetine. NALT is a substance you will often find in Nootropics because it will give cognitive enhancement, reducing stress and increasing working memory and wellbeing. Toothed Clubmoss is commonly used for Alzheimer patients to help increase the level of brain chemical which is low when you have memory disorders.

Yohimbe itself is known to help fat loss since it has an ability to block the alpha-2 adrenergic receptors in your fat cell. Yerba Mate and Green Tea extract contain caffeine and may help you burn fat more. 5-HTP is usually used to treat depression, anxiety, sleep disorders and even for weight loss because your body used it to produce serotonin which is a chemical messenger to deliver signals between nerve cells. The last is Vinpocetine that is known to increase blood flow to brain and may also offer some protection against injury for brain cells.

Comparison
Now, let’s compare Bang Energy with Redline. As you already know, what set them apart from each other is because Bang Energy is energy drink but Redline is also act as fat loss supplement and made with more ingredients to help you burn fat more than usual.

Conclusion
All in all, the decision is all yours to make. In our opinion, both of them serve a different purpose, so choosing between the two is easy and should based on what you need them for. If you only want an energy drink, Bang Energy is the one but if you also hope to lose fat faster while exercising, Redline is the drink.