Almond milk has become one of the most popular alternatives to cow’s milk. The taste is great, and the nutrition is good. However, there is another alternative whose popularity has been steadily rising, which is cashew milk. Since both of them are acquired from nuts, you may wonder whether cashew milk vs almond milk is actually better. 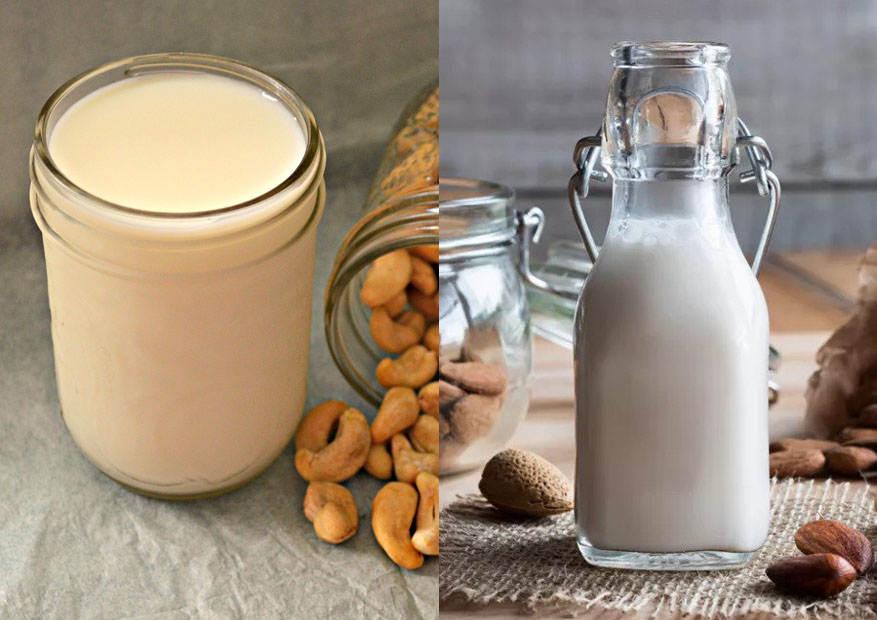 Below, we will discuss the comparisons between cashew milk and almond milk. Continue reading below to find out more about:
– The flavors and textures of cashew milk vs almond milk,
– The nutrition comparisons of the two milks, and
– Which one that is generally better for your health.

Overview
Cashew milk is made from cashews and water. First of all, the cashews are crushed and grounded while mixing them with water. Afterwards, the solid pulp is removed and the other ingredients, such as salt and bean gum, are added in order to enhance the flavor, thicken the texture, or maintain the freshness. Some cashew milk even contains almond butter. See also: Skim Milk vs Whole Milk. 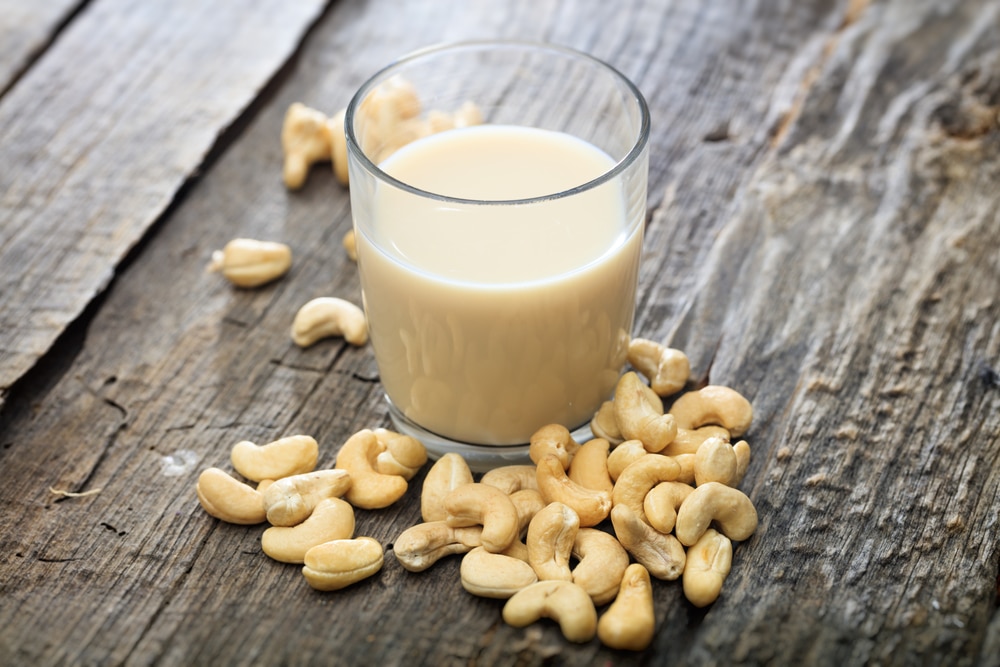 Almond milk is made in essentially the same manner. The almonds are crushed and grounded with water, the solid pulp is removed, and the additional ingredients are added. So, the difference is mainly on the base ingredient. Both cashew milk and almond milk lose most of the nutrients during the processing, which is why manufacturers often fortify their products with vitamins and calcium.

Both cashew milk and almond milk have strong nutty hints. However, cashew milk tends to have earthier flavor than almond milk. Both milks have a thick and creamy texture. 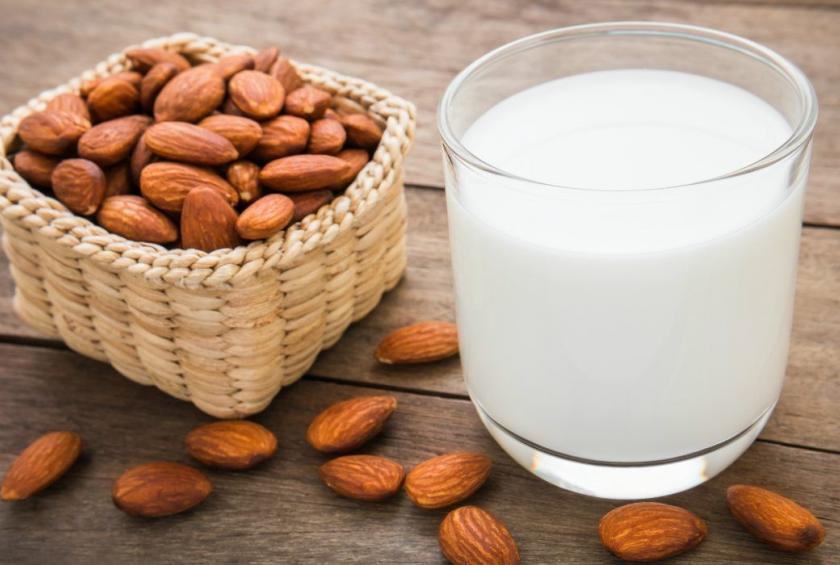 Nutrition
Now, let’s take a look at the nutrition profiles of both milks. It is said that cashew milk has similar nutrition as almond milk. Both milks offer rich proteins and vitamins that can nourish your body without dairy or soy proteins that may cause allergy. These milks are also suitable for vegans, vegetarians, and people experiencing lactose intolerance.

According to Food Network, one cup of unsweetened cashew milk contains about 25 calories with 2 grams fat, 1 gram protein, and 1 gram carbohydrates. Many products are further fortified with calcium and vitamin D. Make sure that you check the label before buying, as some products also come with sweeteners.

Meanwhile, one cup of almond milk contains about 30 calories with 2.5 grams fat, 1 gram protein, and 1 gram carbohydrates. Almond milks may also contain vitamin D, calcium, and sodium. Again, you should check the label before buying.