Brandy is unique for it reflects the ingredients and manufacturing process. Different manufacturers and types like Ciroc Vs French Brandy will produce different drinks. These options are an excellent substitute for the more expensive Cognac, but taste just as good. If you want to know more about these famous brandies, let’s see what they are here. 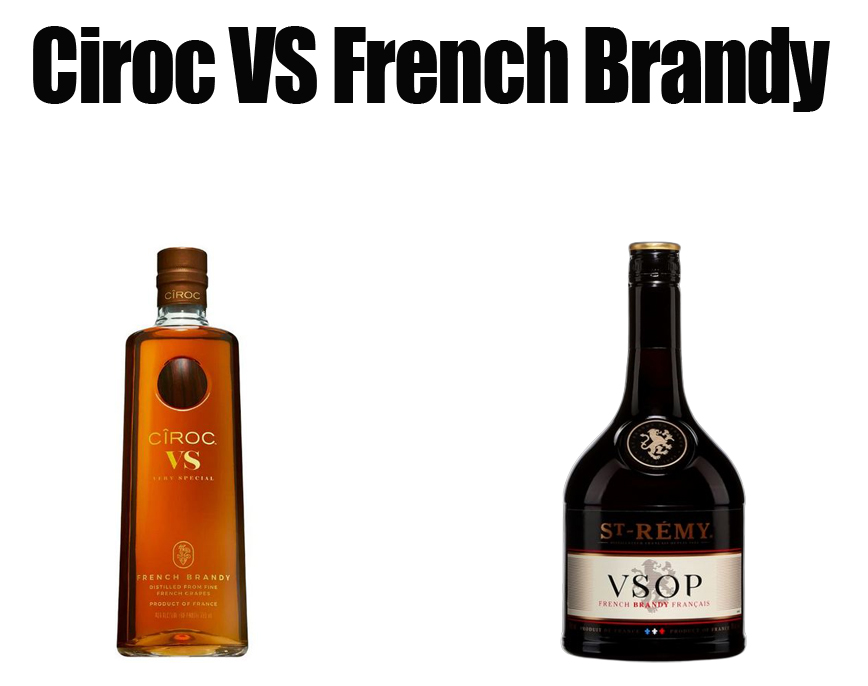 There are so many different types of alcoholic drinks. Most of them have distinct tastes based on the ingredient and manufacturing method. One of them that reflects the ingredients is brandy. To put it simply, brandy is a distilled wine. There are a few different classifications for age, and the older the spirit is, the more you will need to pay for it. In the traditional method, brandy is grape-based or uses wine grape which can be aged or not in a wooden cask.

The most popular type of brandy is Cognac, and the next most popular is Armagnac. Both are the signature of their region, so unless the brandy comes from these places, they can’t use the label. Even though brandy is commonly coming from grapes, many other fruits are useful in the making. While brandy is initially distilled wine, it doesn’t taste like wine. The critical difference between brandy and wine is the distillation process and aging in wood vessels. Thus, the drink is more like whiskey in general.

The similarity between brandy and whiskey probably makes the drink very popular in the US, the whiskey country. Due to the similarity, brandy works well with a bit of sugar and oils from lemon or orange peel. You can enjoy brandy on its own or over ice using a tulip-shaped glass or brandy sniffer. Brandy can be pretty expensive depending on where it comes from and the age. It is wise for starters or new drinkers to try the low to mid-range options to get used to the taste.

About Ciroc and French Brandy

Like wine, where the origin plays a massive role in deciding the drink’s taste and quality, brandy is also unique to where it comes from. You can’t say that brandy tastes like this or that because each batch carries varying attributes. There are also many brandy types, mainly based on where the drink is coming from. Everyone can make brandy, but the labeling is not free to use. For example, Cognac only comes from the region, the same as Armagnac.

The rest is French Brandy if made in France and American Brandy if it is made in the United States. Unlike French Brandy, which also covers some notable names due to its origin, American Brandy is more like a general term for every brandy produced in the US. What’s unique is recently the brand Ciroc which is well-known for its vodka that you can check in our Ketel One Vs Ciroc also launched a brandy. The brandy’s name is Ciroc VS or Very Special. 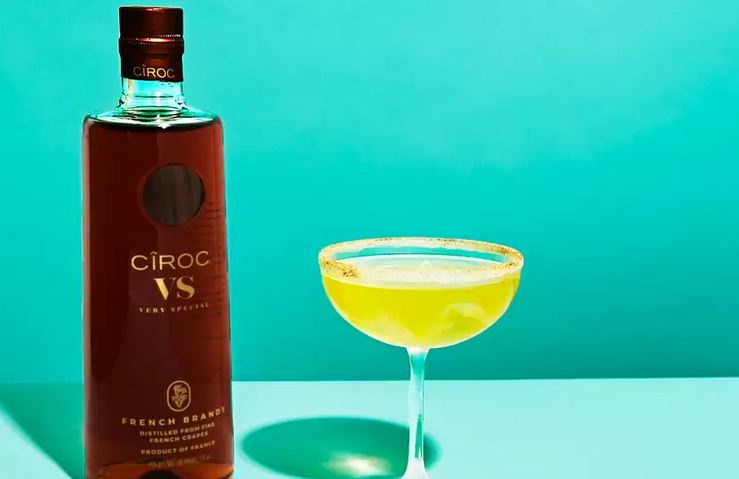 Ciroc itself primarily sells French vodka, meaning the drink is made in France, but the company that owns it is Diageo, a British-based multinational company. Initially, the brand only sold vodka and worked together with famous rapper and businessman P Diddy for the share of 50% of its profit. Today it is one of the most popular vodka brands in the country. Ciroc VS Very Special was launched in 2018 and took a different route than its clear distilled vodka since it is brandy.

Knowing that Ciroc vodka is grape-based, it is not surprising for Ciroc to make brandy because the process will be similar, and they will need to add a few steps more, including aging, to achieve a brandy. The label VS or Very Special has something to do with how brandy is classified. Following the traditional rule, the youngest blend in the brandy should be at least two years old. Based on where the product is made, Ciroc VS is French Brandy.

The average cost of Ciroc VS brandy is $35.99, which is pretty affordable for an entry-level and many people to try. But, many other options are even more affordable such as St-Remy, which is also a French brandy. If budget is your main concern now, these brands are great options to taste the aged drink without breaking the bank. If you have seen Ciroc’s vodka, the brandy follows similar styling. Its clear glass exhibit the beautiful caramel-colored liquid inside.

Brandy is always related to the oak cask where the spirit is aged, and Ciroc pronounces it from the orb ornament, making the packaging pretty satisfying. French brandy is widely varied since there are so many making them today. St-Remy prefers a more classic design with a dark-tinted bottle and its logo to signify the brand name. St-Remy is quite old as it has been making French brandy since 1886. It uses French grapes and is bottled in Loire Valley, but it ships worldwide and is available in the US.

Both Ciroc and French brandy are primarily using grapes, usually white grapes. St-Remy seems to use the Folle Blanche variety for its brandy coming from Burgundy, Champagne, Bordeaux, and some other regions in the country. The brand currently has different product tiers, but the most popular is the VSOP variant. Since the manufacturing process and grape do not come from Cognac or Armagnac, St-Remy is simply French brandy or can’t use the label for their brandies. 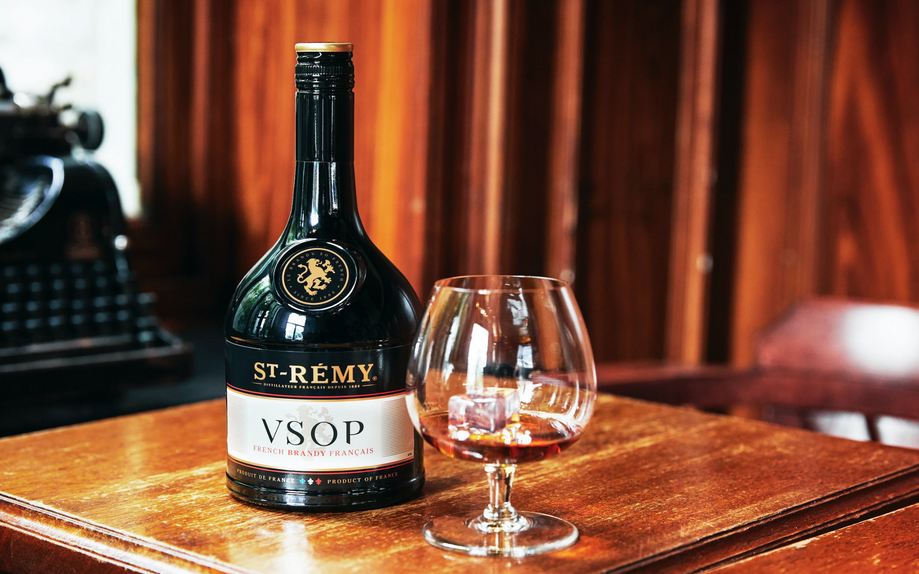 The case is similar to Ciroc. We don’t have any information about what variety of grapes they use, but it seems the fruit comes from a region in the South of France. Their vodka uses Ugni Blanc and Mauzac Blanc grapes, so there is a high chance they also use the same grapes for the brandy.

The manufacturing process of Ciroc and French brandy is very similar to the making of many other spirits. It essentially distills alcohol from fermented fruit juice, in this case, grape juice. The distillation process also makes significant brandy like Cognac different from other types or brands like Ciroc and French brandy. Cognac has a particular time to start its distillation process and only in a 5-months window in a year due to the strict regulation related to winemaking.

Brands and other brandies, including Ciroc and French brandy, are free to follow the manufacturer’s preference. Distillation can happen anytime the ingredients are ready. Cognac is unique as it is distilled twice, and most other brandies are single-distilled. Both Ciroc and French brandy-like St-Remy don’t provide information on how much the spirit is distilled before aging. The distillation process refines its alcohol content and removes the fruit’s initial taste, so the longer distillation will render a purer spirit.

The following process is aging inside oak casks or barrels for a designated time. This process gives the initially pure spirit to have richer flavors. The container plays a huge role in affecting how the brandy tastes. The manufacturer can add other ingredients to this process to improve the final result. Brandy that comes in the bottle doesn’t come from the same vessel, but they are a blend of many.

Brandy is a unique drink with a distinct taste depending on the ingredient or fruit and the manufacturing process. Ciroc and French brandy also taste different due to these factors. Ciroc is a very pleasant brandy for starters and pretty strong as it is 80 proof or 40 ABV. The aroma is light vanilla and somewhat sweet with slight floral notes. It is a delicious drink and mild with vanilla and grape taste. The floral scent is on end, and this brandy is relatively dry but not bitter.

In our opinion, St-Remy is more complex when it comes to taste. The St-Remy VSOP is cheaper than Ciroc and more pronounced on the grape taste. It is a fruity brandy which is great for most people as it is easy on the palate. There are also flower notes that add complexity, and many think it tastes almost like honeysuckle. There is a slight fresh lemon rind at the end, giving it a dry quality. Overall, both Ciroc and French brandy are good on their own or in the cocktail.

Both Ciroc and French brandy-like St-Remy are good starters to the aged drink. They are very similar because Ciroc is also one of the options for French brandy. It sources the grapes from France, and production happens in France as well. Unless it is Cognac, Armagnac, and Calvados which are all specific to the region, all brandies made in France can use French Brandy as the branding name. The more particular rank like VS, VSOP, and XO is only for these significant brandy types, so it is not regulated for others.

You can choose any French or American brandy that fits the pocket. Each brand will have a different taste signature to its ingredients and manufacturing process. If you want brandy with a fruity quality and is very affordable, we recommend any French brandy like the St-Remy.