Ciroc is one of the most popular vodkas in the mid-price. It carries plenty of flavors, but they also have Ciroc VS Very Special brandy. Many people think that it is better than the most famous brandy, but let’s see whether it is accurate and what the beverage is for those not familiar with Ciroc or brandy yet. 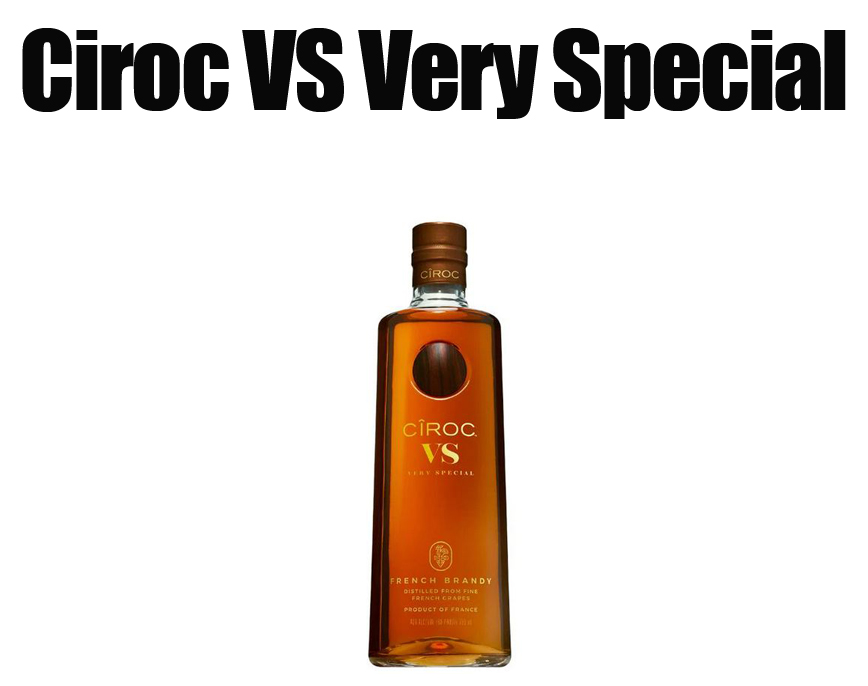 There are so many different alcoholic beverages, and some are distilled. But, there are only six base spirits among the liquors: brandy, gin, vodka, rum, tequila, and whiskey. Each of them has a unique flavor, and there is a distinct style between the drinks. They are based on so many different cocktails that we enjoy in the bar. Depending on the base ingredient, their flavor varies, and it is wise to know their character to help us build ideal mixed drinks.

Our focus today is brandy and vodka because we will talk about them later. Brandy is famous as a single drink or drank on its own because it already has a rich taste, but several classic cocktails use the spirit. It is made from fruit such as grapes, but other fruits like apples are also possible to make the drink. The typical profile is fruity and toasty with an oak note. It is aged spirit and often blended. It is available in several types like cognac, Spanish brandy, pisco, etc.

Next is vodka, and you can easily separate the two as it is clear. Unlike brandy, the vodka tastes clear or doesn’t have a specific taste, making it highly versatile for making mixed drinks as you can add any flavors. Unlike brandy, vodka is made of grains, mainly wheat, but some brands like Ciroc make their vodka from grapes. The flavor profile is ethanol-like and typically not aged. There are vodkas from different regions, but initially, they are from Russia and Poland. Besides, plain vodka also has many flavorings.

About Ciroc VS Very Special

There is no single best alcohol drink because it is like food, everyone has different preferences, and we can like several of them. Knowing the flavor profile is necessary if you often make mixed drinks, so we know how to pair them. In comparison to many other spirits, it is hard to replace the versatility of vodka because of the lack of flavor. The clear spirit makes an excellent medium for other ingredients. For more people to enjoy, they are very affordable, such as Ketel One Vs Stoli.

Interestingly, not long ago, we have a brand of vodka making brandy. Ciroc is very popular as Diddy’s brand, so everyone familiar with the musician and businessman can instantly recognize the brand. It has long been a vodka drinker option, especially on the mid-range price and for those who love flavored vodkas. What’s so unique about Ciroc is the ingredient because most vodka is made from wheat or potatoes, but they use grapes instead; French grapes and distilled in French. 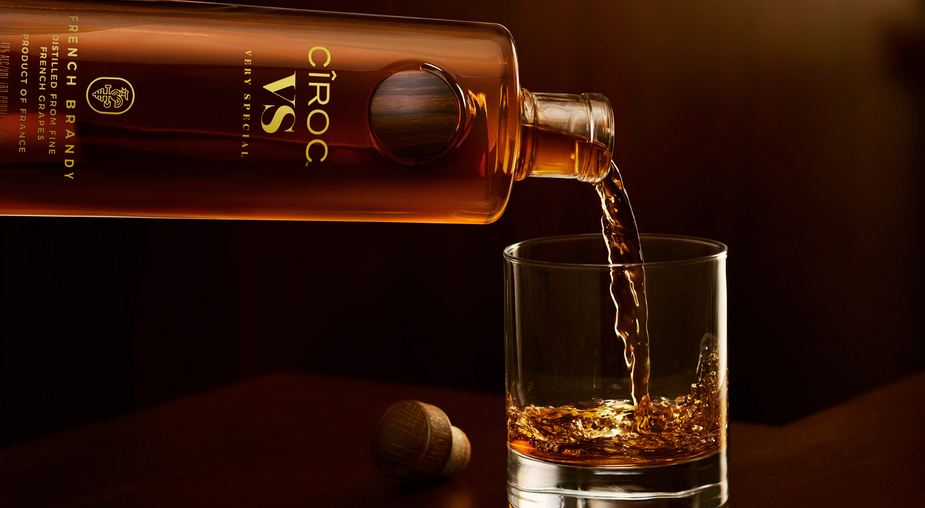 In 2018, Ciroc launched something unusual, and it is called Ciroc VS or Ciroc Very Special. It is brandy and not vodka, which is very interesting. It was introduced by Sean Diddy and is also one of the key reasons the brand is very popular today. The partnership between Diddy and Diego makes the brand’s sales from 50K to 2M per year, thanks to the rapper’s vision and branding strategy. Because the distillation process is in France, VS is also known as French brandy.

The naming itself can be confusing, but Ciroc VS, Ciroc Very Special, Ciroc French Brandy, and Ciroc VS French Brandy are all the same thing. The ingredient is very similar to the vodka variant, but the making process is different. The drink is 40% ABV or 80 proof and has fruity notes.

Ciroc as a brand has a distinct style, and this helps them easy to notice among the mountain amount of vodkas. The VS variant follows this bottle style, but it has a brownish color instead of clear like most vodkas. The sealing is brown to match the whole bottle, and you can read the naming in front of the bottle. The font options are gold, making the bottle look elegant and other information on the bottom side. The bottle contains 1 liter of brandy and costs around $47-$49, depending on where you find them.

While not as versatile as vodka, brandy is a very popular mix to make a cocktail, and some people prefer to have them this way. You can drink Ciroc VS Very Special at room temperature or on the rock. Our favorite cocktail is Vieux Carre which is served with ice. It is an exciting cocktail if you enjoy a more complex flavor. It is usually made with cognac, but Ciroc is not cognac, so we use any brandy brands available.

You add rye whiskey, cognac or other brandy, sweet vermouth, Benedictine, and bitters into a mixing glass to make one. Make sure to have ice in the glass and stir the liquid until it is chilled. Strain using rocks glass and serve on fresh ice or cocktail glass. You will find them topped with a cherry, but we also love adding some lemon twist for another flavor and aroma.

Brandy, in general, is made from base wine which is different from regular table wine because they are younger to achieve higher acidity. Ciroc vodka is made from grapes, so it is not surprising that the brandy is also made from grapes. It is crafted by the Master Distiller Jean-Sebastian Robicquet and uses French grapes from the south of France. We have no information on the exact grapes for the brandy, but the vodka is using Ugni Blanc and Mauzac Blanc. 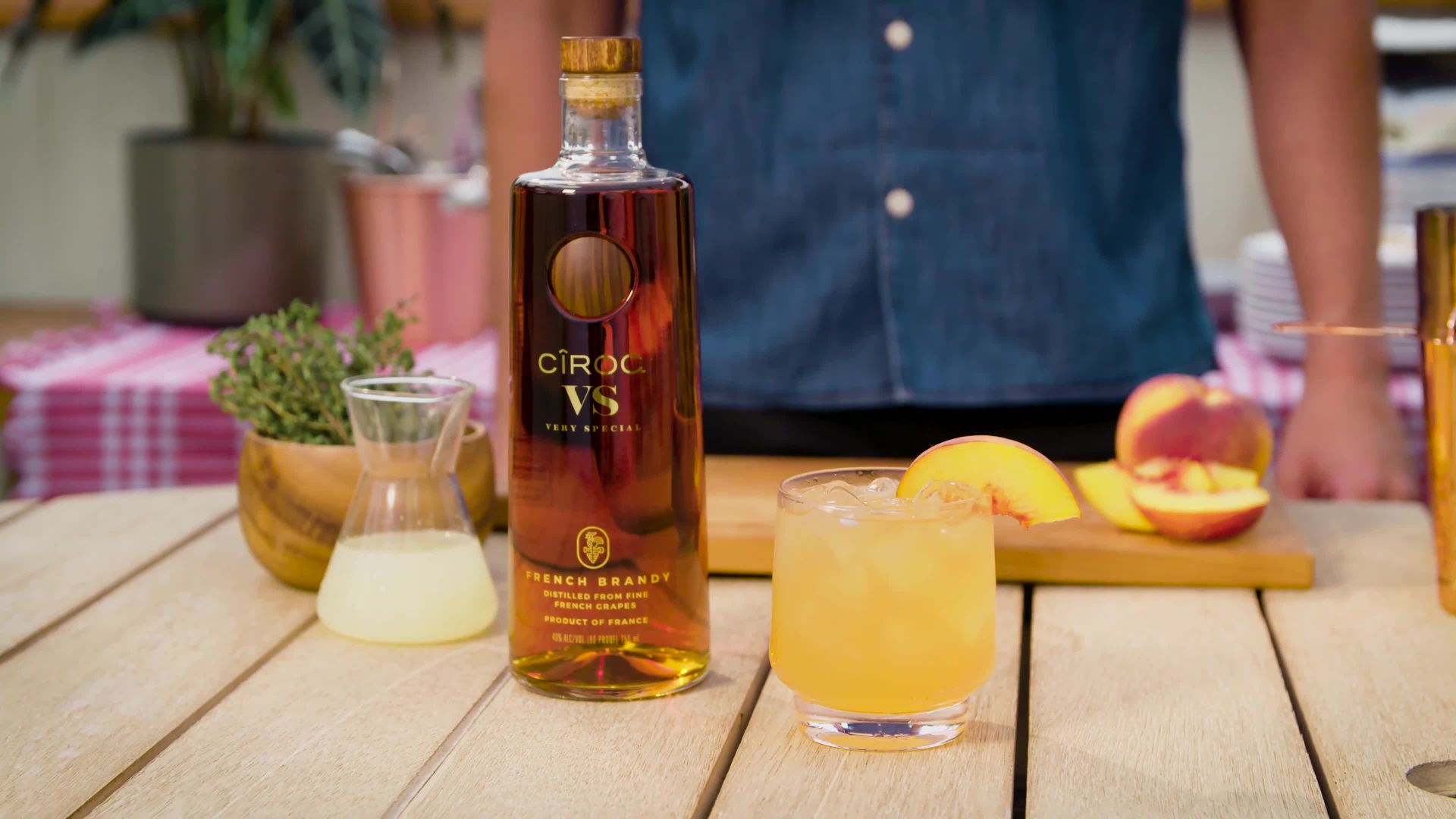 The production process may vary depending on the significance of the manufacturer, but in general, brandy is distilled spirit from mesh fruit. In Ciroc VS Very Special, it is the grape mash. The distillation process requires low heat to help concentrate the flavor and alcohol. Ciroc’s distillation happens five times, the same as its vodka; it uses Alembic copper still. The following process is aging which is the most important in giving brandy its flavor. Just like most brandies, Ciroc uses an oak barrel to store the liquid.

What’s not so surprising is the time waiting for this spirit to age. Ciroc claims that their brandy is aged 2 to 15 years to create that brownish color, making it a rare blend. The next step is mixing so the brandy is not 100% what’s come from a barrel and needs something to dilute it. They don’t disclose what’s in the mixing, but it is usually water and other brandies to create a unique flavor and add the alcoholic volume.

Brandy is a trendy brown spirit, and Ciroc VS Very Special makes it unique by choosing high-quality ingredients and barrel aging. Talking about brandy, one of the most famous brands we often find here is Hennessey. Hennessey is noticeably more expensive than the Ciroc, so the latter can be a good alternative if you are not willing to spend more. They taste similar but not the same. Many say that Hennessy is more robust and is better as a mix if you don’t prefer the taste.

The opening of Ciroc VS Very Special is strong as you take a sniff on the bottle or glass. The spirit has an aroma of vanilla and caramel with very subtle notes of oak from the aging barrel. Surprisingly you can taste these aromas in the spirit, especially the caramel. It is 40% alcohol or 80 proof which is quite high, but you can also find options as high as 60% OR 120 US Proof. The taste of Ciroc brandy is rather sweet and rounded with fruity notes from the grape variety.

We are pleasantly surprised by the velvety texture and sweet aftertaste. The spirit is smooth whether you drink it at room temperature or on the rock. We prefer the latter because it helps reduce the alcohol smell and makes the liquid milder while also refreshing to complement the vanilla, caramel, and fruity notes.

Ciroc VS Very Special is a good brandy if you love this brown spirit. It is more affordable than many other brandy brands, so it can be a great choice to save some. It tastes delicious and goes down pleasantly. We love the smooth caramel and vanilla aroma, but you can smell the alcohol too. The taste is like caramel and vanilla, with some fruity notes. It is not burning, which we like because some brandy can be too strong. We also like the sweet and velvety aftertaste that lingers.

There are so many good brandies to choose from, and Ciroc VS Very Special is one. While it is more affordable, the aroma and taste are delightful. It is an excellent pick if you want to try the brown spirit or are new to the drink. It mixes well for plenty of cocktails.