Club Soda and Sparkling Water are two among several types of carbonated water. Both drinks contain minerals as well as carbon dioxide, taste very similar and are very hard to differentiate if you don’t read the label first before drinking. Even though they are alike, in fact they are quite different. If you are curious about what set them apart from each other, go check our article below. 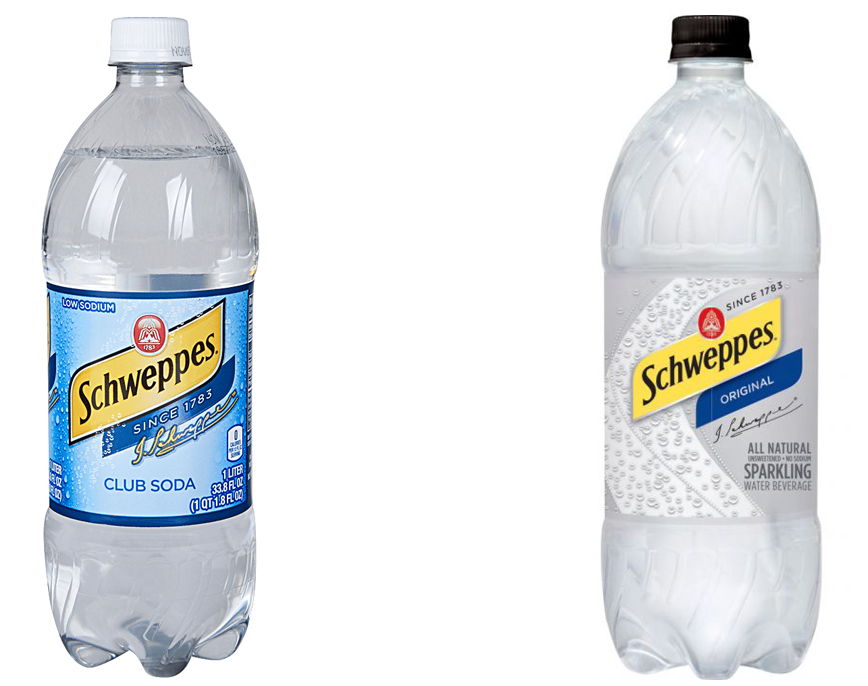 About Club Soda
Club soda is one of the most popular types of carbonated water and is almost interchangeably with seltzer water. This soda is mostly used in the preparation of a wide variant of beverages as well as mix drink that contains alcohol. Taken from Huffingtonpost, Club Soda is differentiate from another similar drink for it contains mineral like ingredients, such as potassium bicarbonate and potassium sulfate.

You probably can’t differentiate the taste between Club Soda and Seltzer Water when you use it to make another beverage but if you drink it alone, you may able to notice the slight difference. When talking about club soda, one brand that must come to mind is probably Schweppes. You can get the drink easily in many grocery stores or just any stores, which also sold cold drink/beverage.

Unlike other types of soda like Cola and such, Club Soda is plain and taste like water, they are also not usually comes with flavor but there are some flavored Club Soda in the market, such as the Canada Dry Lemon Lime Club Soda.

Club soda Recipe
When it is hot outside, use Club Soda based beverage to cool your body. Here is a simple recipe to make Sparkling Lemonade for hot summer days. First, prepare all the ingredients, such as 1 cup cold Club Soda, ¾ cup sugar, ½ cup water, ¼ cup lemon peel strips, and ¾ cup lemon juice. Second, dissolve the sugar on a small saucepan with medium heat and put the lemon strip then stir. 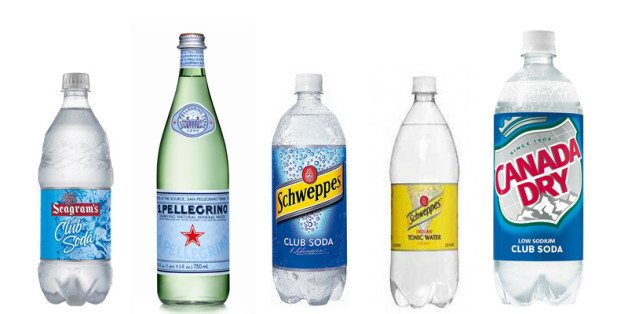 Third, bring the mixture into a boil and reduce the heat while simmering for about 5 minutes uncover. Fourth, after the mixture cool down slightly, transfer it into a pitcher and pour lemon juice then refrigerate it until chill. Fifth, discard the lemon strip and pour down the Club Soda. For another drink recommendation, go check our previous article on Seltzer Water vs Club Soda here.

Club Soda Uses
Besides being consumed as refreshment, Club Soda have many other uses. First, you can use it to make your pancake fluffier, since the carbonation will help the pancake lighter and airier. Second, to clean your cast iron, since the carbonation help removing and clean up the rust. Another great use of Club Soda is to help restore dyed hair when you accidently damage it by swimming in a pool.

Club Soda Ingredients
Club Soda is made commonly with these following ingredients: filtered carbonated water, potassium chloride, potassium bicarbonate and potassium citrate. Since it doesn’t contain any calories, protein, fat or carbohydrate, you can use it to substitute juice and avoid consuming an extra calories as well as sugar. For the mineral content, Club Soda contains small amounts of calcium, magnesium, potassium, and iron.

In each 8 ounce of Club Soda serving, it contains 50 milligrams of sodium, so for those who currently watching their sodium intake, you may want to pay attention or avoid the drink. However if you are not currently watching your sodium, four or five 8 ounce serving of Club Soda per day will add an extra 200 to 250 milligrams of sodium to your diet.

About Sparkling Water
Sparkling Water is another type of carbonated water. This water may come from natural spring that already carbonated naturally or added with carbon dioxide in the processing stage. In 2016, the selling of Sparkling Water increased around 42% in the United States indicates that the products have been very popular for the last few years. Many people drink the carbonated water for the fun bubbly sensation that they can’t get from regular water. 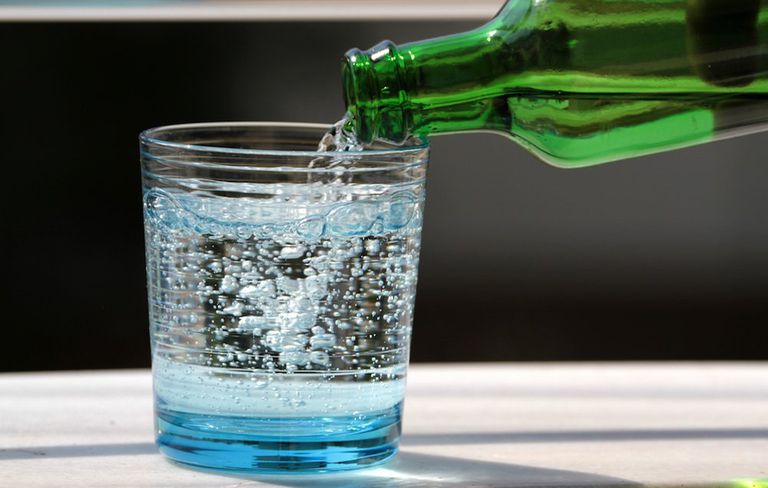 When we are talking about Sparkling water or Sparkling Mineral Water, the most popular brand comes with the thought is probably Perrier. For some reason, many Sparkling Water comes in green glass bottles, but they are also those come in plastic clear bottles or pet bottles. Even though they were originally plain, in present day there are so many flavored Sparkling Water available mostly in fruit flavors.

Sparkling Water Recipe
When you need some refreshment at home, Sparkling Water is a great substitute for high calories syrup. Here is a simple recipe for Strawberry Mint Soda that you can easily make at home. First, prepare all the ingredients, such as 2 liters of Sparkling Water, ¼ cup fresh mint leaves, ½ cup strawberries (cut into 4 parts), and ½ tray of ice cubes. Second, in 2 pitchers pour 1 liter of Sparkling Water each and add the squeezed mint leaves. Third, put the strawberries in each container and place it in the fridge covered for 1-3 hours before serving.

Sparkling Water Uses
Since the product initial release Sparkling Water has been known as substitute for alcoholic beverages, which is a great way to accommodate designated drivers or those who don’t consume alcohols. Many people add Sparkling Water to their pasta or rice to gives it lighter texture. Another beneficial use of the drink is to remove wine and food stains from clothing, carpet, and furniture.

Sparkling Water Ingredients
Sparkling Water doesn’t contain any carbohydrate, fat, or any other nutrients. The drink is only made from spring water and carbon dioxide to give you that bubbly fresh and crisp taste. Since it doesn’t contain any calories, many people used it as substitute for high calories drink, such as regular soft drink or juices. Similar like mineral water, Sparkling water also contains natural minerals from the source, but the amount and type of minerals may vary from one to another.

Among those minerals, there is calcium, which is good for your bones. The calcium may vary from brand to another but some options contain as much as 348 milligrams of calcium per liter enough to supply 44% of your daily value for calcium. Another mineral is magnesium and some brands may have up to 108 milligrams of magnesium per liter, which is 29% of daily value for magnesium.

Conclusion
All in all, the decision is all yours. In our opinion, both are the same but you may have your own preferences and to know which taste better you have to try both of them and see yourself, which suit your taste better. However, in this article we prefer Sparkling Water for it is more natural than Club Soda.