Coconut milk and almond milk are popular substitute for regular cow’s milk. These milks don’t contain lactose, which makes them suitable for people with lactose intolerance but does contain some vitamins and mineral that are beneficial to your body. If you want to know more about them, you may want to read or article below. 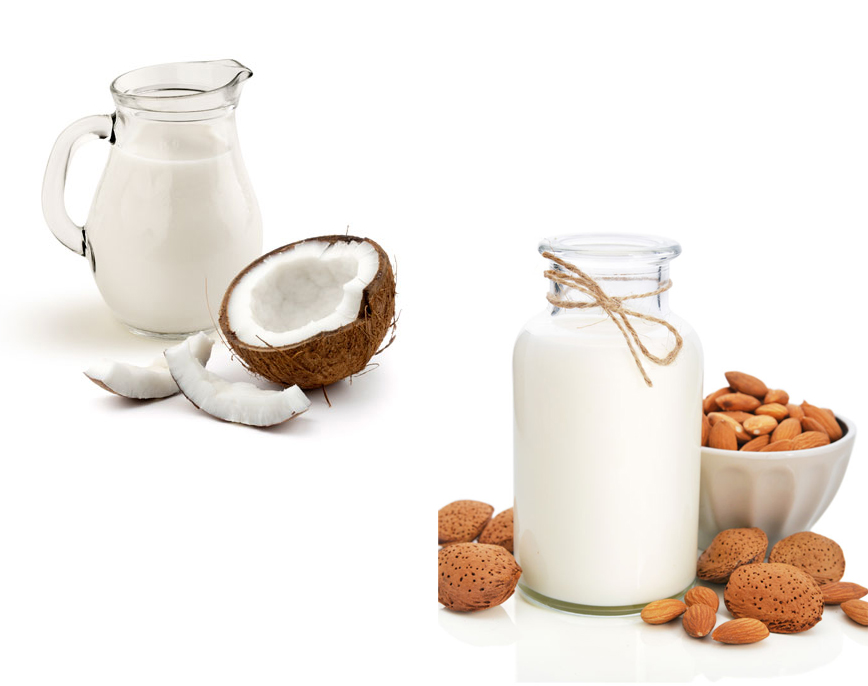 About Coconut Milk
Coconut milk is the liquid similar to milk that comes when you grate and squeeze mature coconut. This liquid is known to have opacity and rich taste because it contains high oil content that mostly constructed from saturated fat. Even though the usage of coconut milk is limited in America and Europe, it is actually a famous food ingredients in many Southeast Asia, South Asia, the Caribbean, and northern South America countries.

For those who love making things from scratch, you may enjoy making your own coconut milk at home. They are simple, won’t take lots of work and the most important is you know what’s going into it unlike when you buy the ready to used ones. Since it might hard to find fresh coconut in your place, you can opt for shredded unsweetened coconut milk for starters. If you are interested on other cow’s milk substitute, you may want to check our article on Coconut Milk vs Soy Milk. 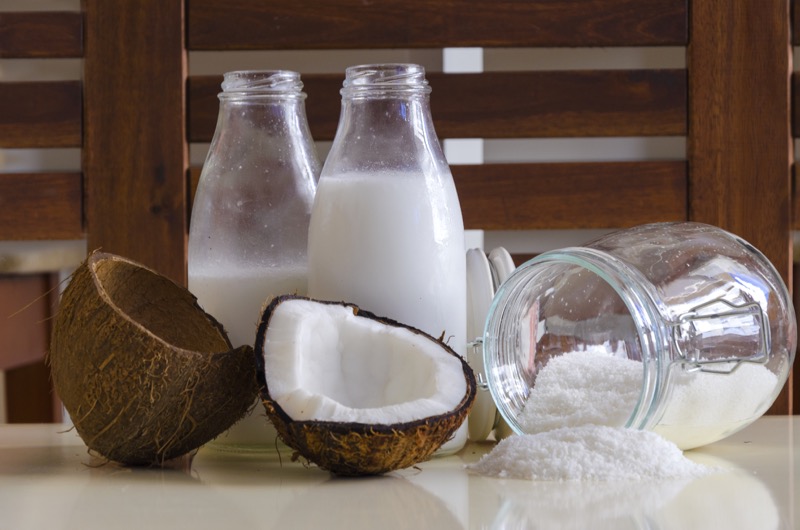 How to make Coconut Milk
Here is an easy way to make coconut milk; first, combine the shredded coconut with hot water in a blender and make sure to sit the coconut for a few minutes first before mixing to let the coconut to soften. Second, blend the mixtures until it reach puree consistency and looks milky for about 1 to 2 minutes. Third, transfer and squeeze the mixture using nut bag until all the liquid comes out or until dry. Fourth, transfer your coconut milk to airtight container or you can use is right away.

Coconut Milk Benefit
Taken from bbcgoodfood, coconut milk is highly nutritious and rich in fiber, vitamins E, C, BI, B3, B5, and B6. It also contains minerals, such as iron, selenium, sodium, calcium, magnesium, and phosphorus. Coconut milk doesn’t contain lactose like cow’s milk and this is why people with lactose intolerance often use it to substitute regular milk in foods or beverages.

Coconut milk contains a significant amount of fat mostly in the form of medium chain saturated fatty acids called lauric acids. These lauric acids will turn into a highly beneficial compound called monolaurin in the body, which is an antiviral, antifungal, and antibacterial that will destroy a wide variety of disease causing organisms.

Since medium chain saturated fatty acids is used up quickly in metabolism, it will not likely to be stored as fat in the body. Research is still mixed but recent studies suggesting that fats from coconut will not affect blood lipids and cardiovascular health much. However, just to be safe, you may want to consume it moderately to get the benefit and avoid unwanted things.

About Almond Milk
Almond milk is the liquid came from after processing almonds and has a creamy and nutty flavor. Almond milk is popular among people who can’t consume regular milk due to lactose intolerance or for those who avoid dairy products, such as vegan. Even though the original almond milk is rather plain, you can get the flavored version in many grocery stores. This method is mainly done to mimic regular milk and to make it taste better. 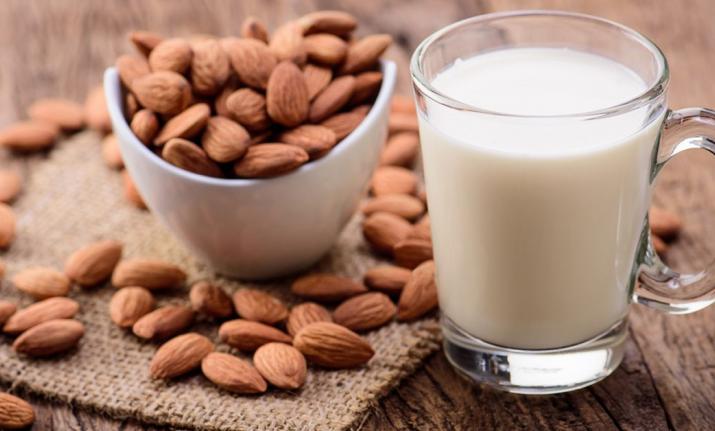 You can get commercial almond milk in sweeten, unsweetened, plain, vanilla, and chocolate flavors commonly fortified with micronutrients. People also made their own almond milk at home, since it is healthier and you will know what you put into your almond milk unlike when you buy them. Commonly, almond milk is sold in liquid form in tetra pack or bottles.

How to Make Almond Milk
Almond milk is practically easy to make and will not take much time or many equipment. First, you need to soak the almonds in regular temperature water for about 8 to 12 hours or overnight then peels the almonds’ skin off. Second, put them into a blender and add water then mix them all until smooth. Third, put the mixture into a muslin cloth over a bowl and squeeze the milk out until dry. Fourth, filter the milk and store them in an airtight jar and keep in your refrigerator.

Almond Milk Benefit
Almond milk is very low in sugar, which is why it is used to replace regular milk when people watching their body weight. Almonds also high in vitamin E; you can get 37% of your daily vitamin E requirement with only 1 ounce of almonds. Vitamin E is known as a powerful antioxidant that will help your body fight stress and inflammation including diseases like cancer and heart disease. It also especially good for bone, brain, and eyes health.

Even though almonds are rich in Vitamin E, it is low in calcium and phosphorus unlike regular milk. However, if you decide to buy packaged almond milk, you may still able to get the benefit, since packed almond milk often fortified with minerals it was initially lacking. To make sure, you can read the package first before deciding to pick your favorite brand.

Conclusion
All in all, the decision is all yours to make, both are great substitute for regular cow’s milk. Both taste good but some people may prefer one better. In our opinion, almond milk is safer to consume if you want to consume it frequently unlike coconut milk that is not healthy for everyday intake.