Coconut Milk and Coconut water are both liquid taken from coconut. Even though they comes from the same nut, both of them are really different whether from the consistency or the nutrients inside. In this article we are going to compare them, so you will know which is healthier and safer to consume. 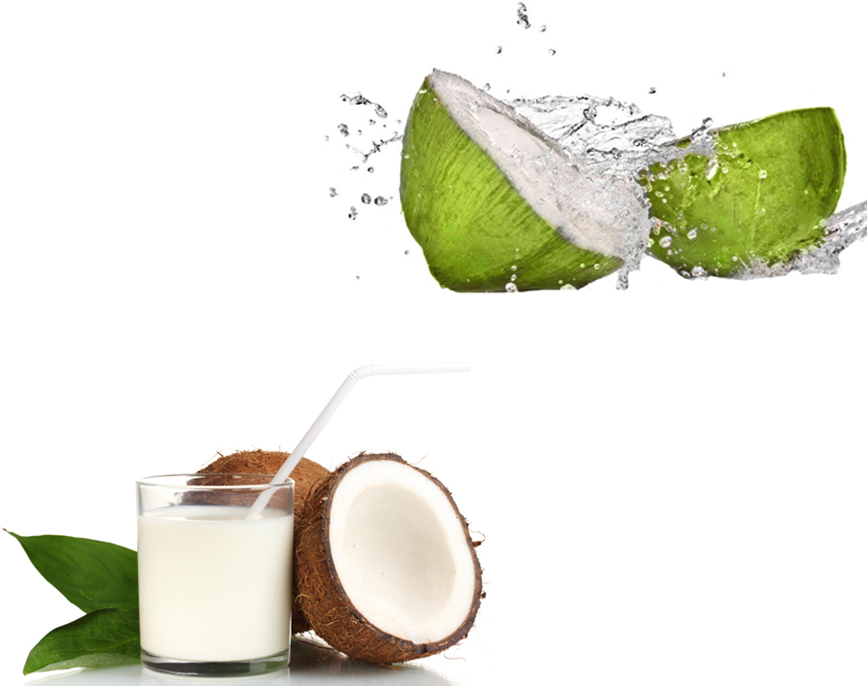 About Coconut Milk
Coconut milk is the white liquid that comes from squeezing shredded matured coconut. This liquid have a thick and creamy consistency as well as rich in taste due to its high oil content. Even though it is called milk, due to its high content in saturated fat, it usually not consumed as it is and commonly served with another beverage as an ingredient and this is also why many people avoid coconut milk.

Coconut Milk Variants
However, many coconut drink in the market may have been modified to remove most of its fat so it is safer for our body. You can get coconut milk in grocery stores near your place easily. Most of them comes in box packages in liquid form. But in some places, you will also find coconut milk in powder form, for easy usage as well as storing. Some coconut milk drink also added with some flavoring to make it more delicious. 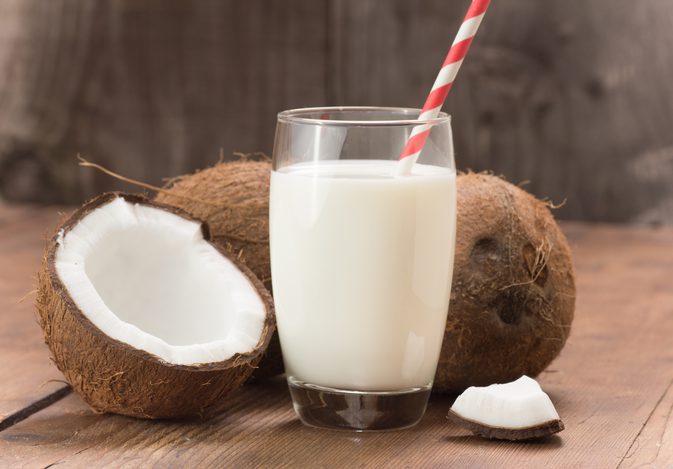 Coconut Milk Recipe
Instead of purchasing ready to use coconut milk, you may want to try making it yourself at home. Here is a simple way to make coconut milk using your regular utensils. First, prepare all the ingredients including 2 cups of organic unsweetened shredded coconut, 4 cups of hot water, 1 teaspoon vanilla extract for flavoring if wished, and stevia also if wished. Second, soak the shredded coconut in hot water for 1 to 2 hours.

Third, mix the combination in a bender together with vanilla extract and stevia for about a minute. Fourth, strain the liquid using strainer of very fine cheesecloth to extract the water. Fifth, store the water in a container and you ay refrigerate it for up to 4 days.

Coconut Milk Benefit
We know that coconut high in saturated fat, which is the enemy of almost every body for its bad effect mainly on cardiovascular disease. However, besides being avoided for the “bad fat”, many people still consume coconut milk for its other nutrients. Taken from bbcgoodfood, contains Vitamin C, E, B1, B3, B5, and B6. It also rich in fiber, and minerals including iron, selenium, calcium, magnesium, and phosphorus. For those who can’t consume cow’s milk, coconut milk is used to replace the milk.

Other beneficial substance in coconut milk is called lauric acid. This substance will converted into a highly beneficial compound called monolaurin in our body. Monolaurin is an antiviral, antifungal, and antibacterial that will help your body fight against bad organism that may cause some disease later. For healthier milk, check our article on Coconut Milk vs Almond Milk here.

About Coconut Water
Coconut water is the liquid inside the coconut. This liquid have a clear consistency and have a rather sweet smell. If the liquid comes from young coconut, this liquid will commonly taste sweet and fresh while if the liquid comes from matured coconut, it won’t be as sweet and delicious. This liquid is actually serves as a suspension for the endosperms of the coconut during nuclear phase in its early development. Coconut water is very popular mostly in tropical countries where they have come. 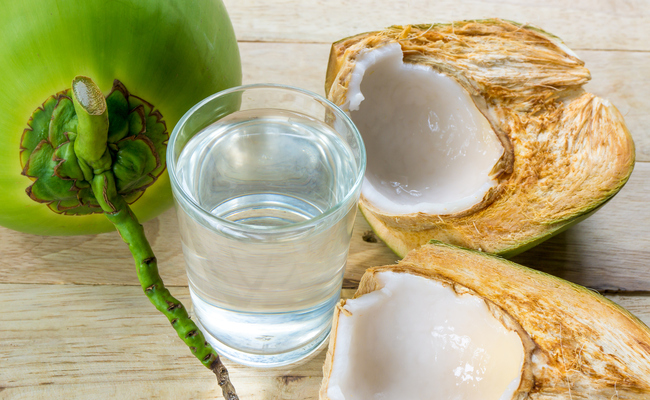 As it have been mentioned earlier, coconut water taste the best when the nut is still young or green in color. So, it is best to harvest them when they are still in their green skin rather than letting them ripe to retain its fresh and sweet water. The most common way to enjoy coconut water is by opening the top or bottom using sharp tool.

Coconut Water Variants
In non-tropical countries, you can get coconut water in your grocery stores. They may available fresh, canned or bottled. You also can find retail processed coconut water with coconut jelly or coconut pulp. A jelly like food called nata de coco is also made from coconut water. Since coconut water is natural, you can’t make it at home. Instead, you can use it to make many delicious drink or foods.

Conclusion
All in all, the decision is all yours to make. We do think both of them are delicious and versatile enough in cooking or beverages making. But just to be safe, if you want to consume coconut milk, please do it moderately and in this article we prefer coconut water than coconut milk.