Our body needs electrolyte as in hydration function. Electrolytes is a substance that produces an electricity conducting solution when dissolved in a polar solvent, such as water. When dissolved in fluids, salts tend to break apart into their component ions creating an electrically-conductive solution. For example table salt dissolved in water dissociates into its component positive ion of sodium a negative ion of chloride. Any fluid that conducts electricity, such as this new saltwater solution is known as electrolyte solution. Electrolyte is needed by our body to function, you can choose the natural one like coconut water or some product which is artificially made but will give the same benefit such as Pedialyte. 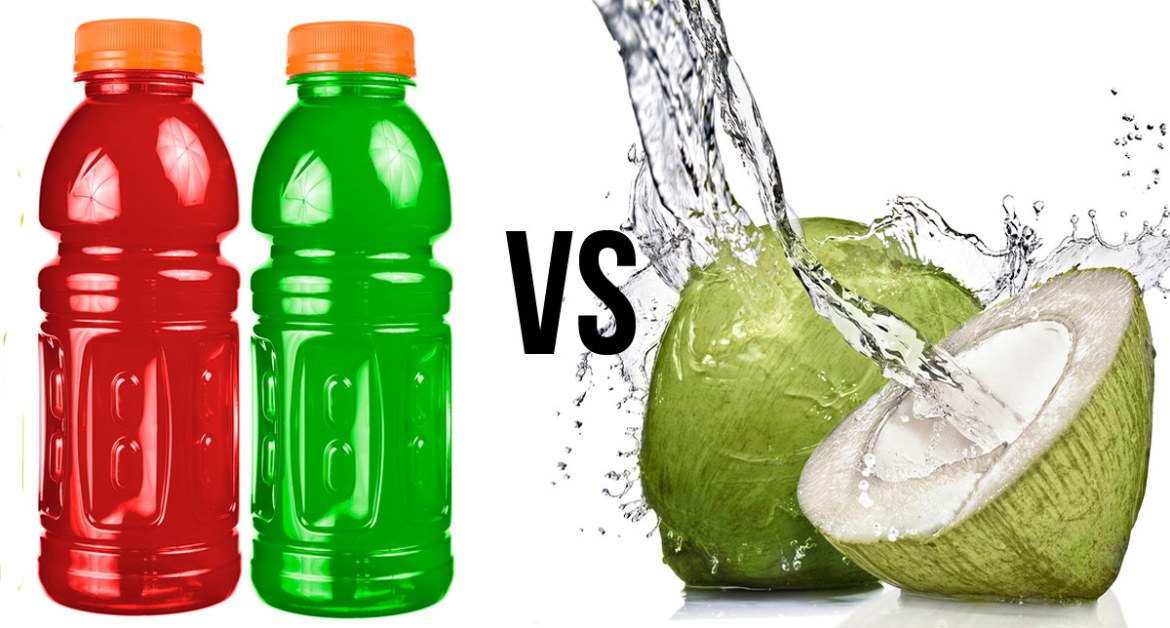 Coconut Water
Coconut water is the clear liquid inside the coconuts (which is the fruits of the coconut palm). Fresh coconut are harvested when they are still green. A hole can be made through its skin to reach the water and its flesh. Coconut water is a nutrient rich fluid which is found in young coconuts. Some people may called it coconut juice. If not consumed freshly, coconut water is pasteurized and canned or bottled and the sell in supermarkets. Sometimes it also possible to buy a whole coconut and we can slice it up to get the water and the flesh inside. The nutrients in coconut water include potassium, magnesium, and vitamin C. the liquid of coconut water is clear like regular water, and has a refreshingly sweet taste. It also can be adulterated with various spices and seasonings, like ginger, cinnamon, and sugar. It can be drunk chilled, at a room temperature, some people even roast the coconut to give it a different taste. 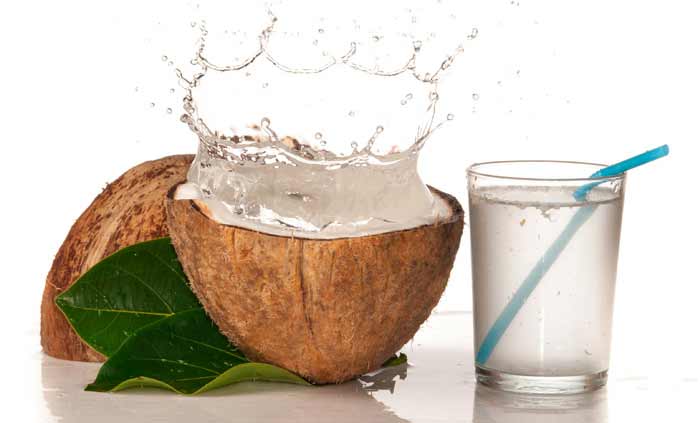 Pedialyte
Pedialyte is an oral electrolyte solutions, it is manufactured by Abbott Laboratories and marketed towards children. Pedialyte was designed to promote rehydration and electrolyte replacement in children. Pedialyte has a lower sugar contains than most sport drinks, it is contains 100 calories and much lower compare to such as Gatorade. Pedialyte does not contains sucrose and has more sodium and potassium than typical sport drink. Pedialyte has become a popular drink to treat people with hangovers, the sale itself is lean towards adults nowadays. Because of this popularity Pedialytes starts a marketing campaign to trait hangovers towards adults. 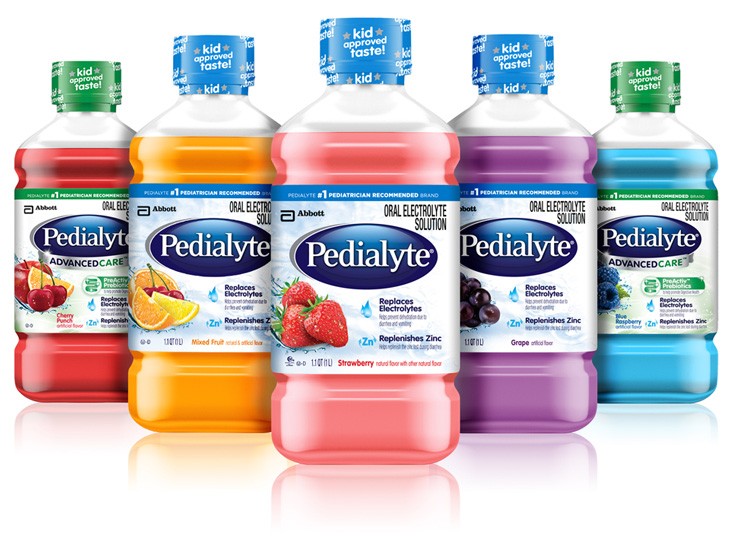 Pedialyte is similar rehydration fluids used by the World Health Organization (WHO) such as “New Oral Rehydration” which are used during the outbreak of illness such as cholera and rotavirus. Pedialyte main use are first, to prevent dehydration more effectively than common beverages such as sports drink, soda, apple juice or water. Second, it’s mainly replaces electrolytes and replenished zinc. Third, it can covers up the loss of many essential electrolytes from the body which occurred from diarrhea, vomiting, exercise or heat exertion. Even when Pedialyte is beneficial, there may be some issue and side effects when consuming it which are convulsions, dizziness, fast heartbeat, high blood pressure, irritability, muscle twitching, restlessness, puffy eyelids, or even vomiting. People with hypersensitivity or allergies to any of ingredients of the solution and a blockage in the intestine or a hole in the bowel are not recommended and should avoid consuming Pedialyte.

Conclusion
It may be hard choosing which best between coconut water and Pedialyte. We should choose what rehydration we will consume based on what substance and formula in it, whether it is good or not. If you wished to drink the more natural ingredients in it then you should choose coconut water, it may cannot replenish the electrolytes in one go and faster but it may be healthier compare to the artificial one. While Pedialyte can replenished the electrolytes in our body faster, there may be side effect if consumed not moderately. Vomiting may be the most common side effects for some people