Daiquiri or Margarita? Both Daiquiris and Margaritas are classic tropical cocktails with similar looks and flavors. Both drinks have Latin American roots. In this article, we’ll help you understand the differences between Daiquiri vs Margarita so that you can make a healthier choice the next time you are faced with the same question. 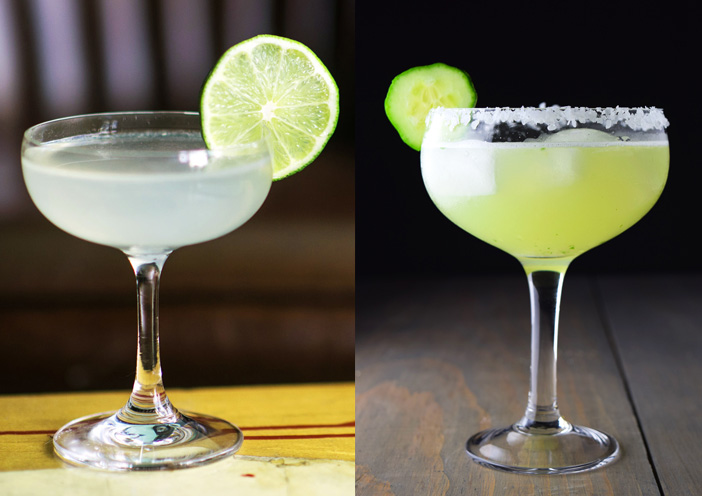 What is Daiquiri?
Daiquiri is a cocktail family whose main ingredients consist of rum, citrus juice (lime juice is more commonly used), and sugar (any other sweetener can do). Daiquiri is usually served straight up; it is stirred or shaken with ice but then strained and served without ice. Daiquiri is good for a summer drink and for happy hour. See also: Dark Beer vs Light Beer.

As a matter of fact, Daiquiri is one of the six basic drinks that are listed by David A. Embury in his classic, The Fine Art of Mixing Drinks. Of course, there are many variations of Daiquiri, some of which are also written in the book.

Daiquiri was first invented in Cuba by Jennings Cox, an American mining engineer. Actually, “Daiquiri” is a Taino word that is also used to name an iron mine and a beach near Santiago de Cuba. In 1902, William A. Chanler, a US congressman, purchased iron mines around Santiago de Cuba and then introduced Daiquiri to clubs in New York.

The drink remained localized before becoming more widespread around 1909. It finally became popular in the 1940s during World War II as a result of the Pan-America program, which allowed rum-based drinks to be more fashionable.

Recipe of Daiquiri
According to the International Bartenders Association (IBA), the recipe of Daiquiri consists of 1.5 oz (9 parts) white rum, 0.5 oz (3 parts) simple syrup, and 0.83 oz (5 parts) lime juice. The making is pretty simple. You just need to add them all into a shaker with ice cubes. Shake them well. Afterwards, double strain them into a chilled cocktail glass. A lime wheel may be added for garnish. 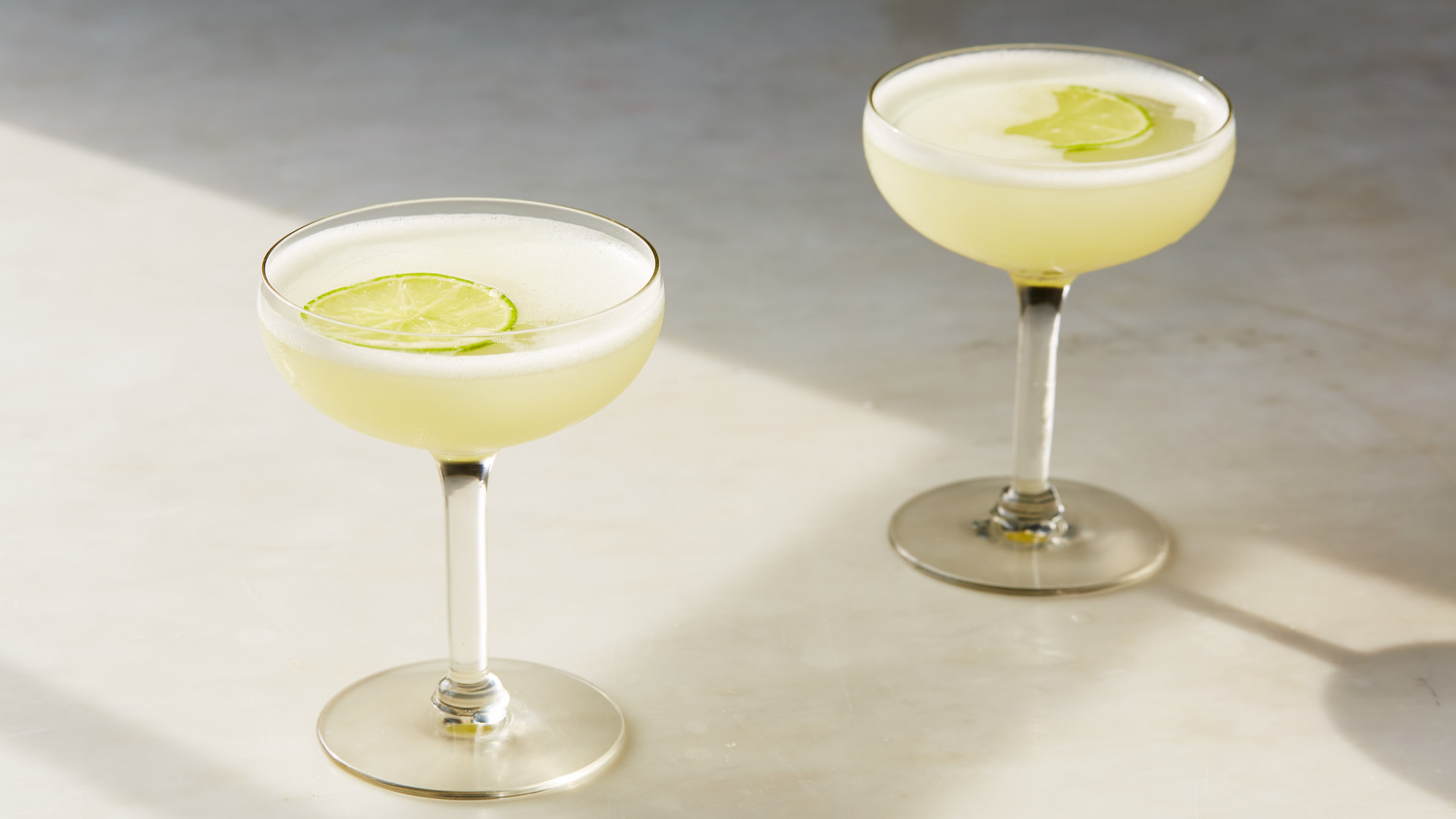 Rum is the primary component of Daiquiri. It is the one that sets Daiquiri vs Margarita apart from each other. It is a distilled alcoholic drink made from sugarcane juice or sugarcane byproducts. The majority of rum production comes from Latin America and the Caribbean.

There are several grades of rum. Light rums are more commonly used for cocktails, including Daiquiri. There are also golden rums, dark rums, and premium rums, which are typically consumed straight or on the rocks.

Nutrition of Daiquiri
Obviously, the nutritional values of a Daiquiri vs Margarita drink depend on the recipe. Different recipes have different nutritional values. The ones that use a lot of fruits or syrups will contain higher calories.

However, if we take a look at the main component, which is rum, the calories and carbs are lower than Margarita. Each 1.5-oz serving contains about 77 calories and 8 grams of carbohydrates. The difference isn’t really big, but it is still something to consider if you are currently trying to lose weight or avoid weight gain.

What is Margarita?
On the other hand, Margarita is a cocktail that is made from tequila, lime juice, and orange liqueur. It is typically poured over ice cubes and served with salt around the glass’s rim. A lime wheel may also be added for additional garnish.

Nowadays, serving Margarita with any glass type has become acceptable. Some people use cocktail glasses, pint glasses, wine glasses, and large schooners. However, Margarita is traditionally served in a margarita glass, which is can be described as a stepped-diameter cocktail glass. 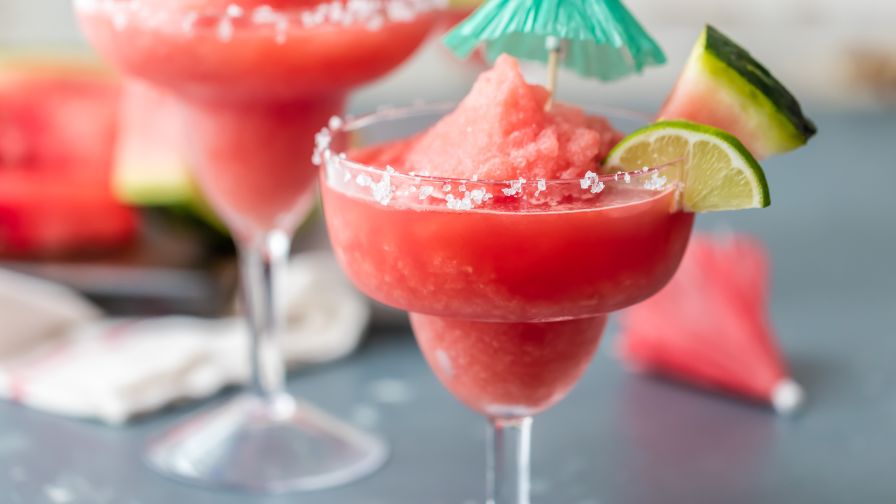 Margarita is believed to originate in Mexico. According to David Wondrich, a cocktail historian, Margarita was invented by remaking the Brandy Daisy with tequila in place of brandy. There are several stories about the origin of Margarita. The earliest one was in the 1937 Cafe Royal Cocktail Book, which listed a Picador recipe with similar concentrations of tequila, lime juice, and triple sec as modern Margarita.

Recipe of Margarita
According to the International Bartenders Association (IBA), Margarita is made from 3.5 cL (7 parts) tequila, 1.5 cL (3 parts) lime juice, and 2 cL (4 parts) Cointreau. Pour all of these ingredients with ice into a shaker. If you want to make Fruit Margarita, you can add the selected fruit slices into the shaker as well.

Prepare a cocktail glass. Put some ice cubes or blended ice into the glass. Pour some salt to the rim. Finally, shake the ingredients in your shaker, then strain them into the cocktail glass.

According to the Mexican laws, tequila may be produced only in Jalisco and some limited municipalities in Guanajuato, Nayarit, Michoacan, and Tamaulipas. Tequilla is protected through NAFTA and has been recognized as a Mexican designation of origin product in various countries.

Nutrition of Margarita
When choosing between Daiquiri and Margarita, you probably want to know which drink that contains more calories. The answer is Margarita. Again, the actual caloric count depends on the recipe; it will be much higher if you use a lot of fruits and sweeteners. But the tequila itself contains about 104 calories and 9 grams of carbohydrates per 1.5-oz serving.

Conclusion
The main difference between these two cocktails is the main alcohol used in the recipe. Daiquiri is based on rum, whereas Margarita is based on tequila. Daiquiri was invented in Cuba, whereas Margarita came from Mexico. The caloric count of your drink depends on the recipe; it will be higher if you add fruits and sweeteners. But plain Daiquiri contains slightly lower calories and carbs than plain Margarita.