Soda beverages is very popular, in fact people drink soda in almost every occasion, whether it is just watching TV, playing video games, hanging out with friends, and many other occasion. It almost feels like we can drink soda at any time we want. The relatively cheap price also makes us fond of these drinks. They have lot of variety and flavors. Starting from classic fruit taste into seasonal flavor, for example Sakura flavor.

There are more than 40 companies around the world producing soda drinks up to this day. The production of first soda drink take a long journey into the 1767, when the first carbonated drink was created by an Englishman Doctor Joseph Priestley. A few years later a Swedish chemist Tobern Bergman made an apparatus that can be used to make carbonated water from chalk by using sulfuric acid. Bergman’s apparatus allowed imitation mineral water to be produced in large amounts of quantity. When soda drink became more popular, the demand of another variety is also rising. The type of soda drink which does not have sugar ingredients in it or we call it today sugar-free soda was first invented by Kirsch Bottling when they release a sugar-free ginger ale. Up to this day there are a many kind of soda drink produced by different companies such as Pepsi. Pepsi itself have two kind of sugar-free soda drink which are Diet Pepsi and Pepsi Max.

Diet Pepsi
Diet Pepsi was first introduce in 1964 as Pepsi-Cola with no sugar. The flavors are vary from the classic Cola, wild cherry, vanilla, lemon, and lime. They also introduced a non-caffeine Diet Pepsi. Even though they have many variants, it is depends on your region whether you can get your preferable flavor or not. When it was first introduced in 1964, Diet Pepsi was packaged in glass bottles and cans format. The logo that Pepsi used up to this day is already changed a few times since its first logo. The logo was changed into the medium size smile logo in 2010 and is currently use in the present day. 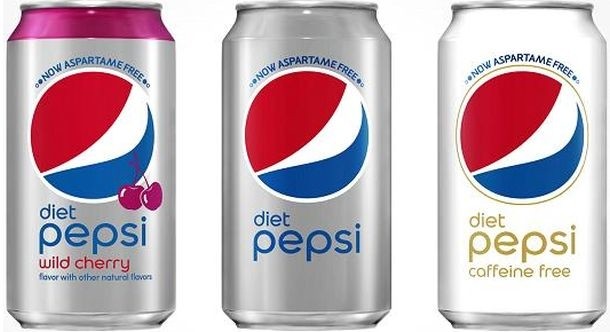 Diet Pepsi does not contain any sugar but it also does not contain any significant source of nutrients. For each 8-oz serving of Diet Pepsi contains 25 mg of sodium, 20 mg of potassium and 27 mg phosphorus. The sodium and potassium are electrolytes that regulate body fluids and the phosphorus is used as a preservative to maintain freshness. Diet Pepsi also contains caffeine, in 8-oz serving of Diet Pepsi there are roughly 24 mg of caffeine. This amount of caffeine is the same as you can find in brewed green tea.

As for the sweetener Diet Pepsi used sucralose back in 2012, but some people does not like the taste of the new formula. In 2016 Diet Pepsi plans to use aspartame as a sucralose replacement but then it changed again in 2017 back to sucralose. The reason is because sucralose is a safer option compare to aspartame. Now Diet Pepsi is using “now aspartame free” label in their Diet Pepsi product stating to their consumers that they are using the safer option.

Pepsi Max
Pepsi Max or Pepsi Black is a low-calorie and sugar free cola, which is marketed by PepsiCo as an alternative to their regular Pepsi and Diet Pepsi. This product is mainly sold in European and Asian Market. Pepsi Max were first introduced in Australia, United Kingdom and Italy in April 1993. By the end of 1994 Pepsi Max was sold in approximately twenty countries. By the end of 1995 the number has doubled. But not until 2006 Pepsi Max was introduced in the United States. Because the FDA has not yet approve the ingredients they used, which is combining aspartame with Acesulfame potassium, currently other company uses only aspartame alone as an artificial sweetener. In 2005 Pepsi Max introduced a new flavor which is Lemon-Lime and called it Pepsi Max Twist. In the autumn of 2005, Pepsi Max Punch was marketed in the UK for the festive season. This variety contains ginger and cinnamon, the product was similar in flavor to Pepsi Holiday Spice, a sugar-sweetened variety of Pepsi which was marketed in the United States one year before. 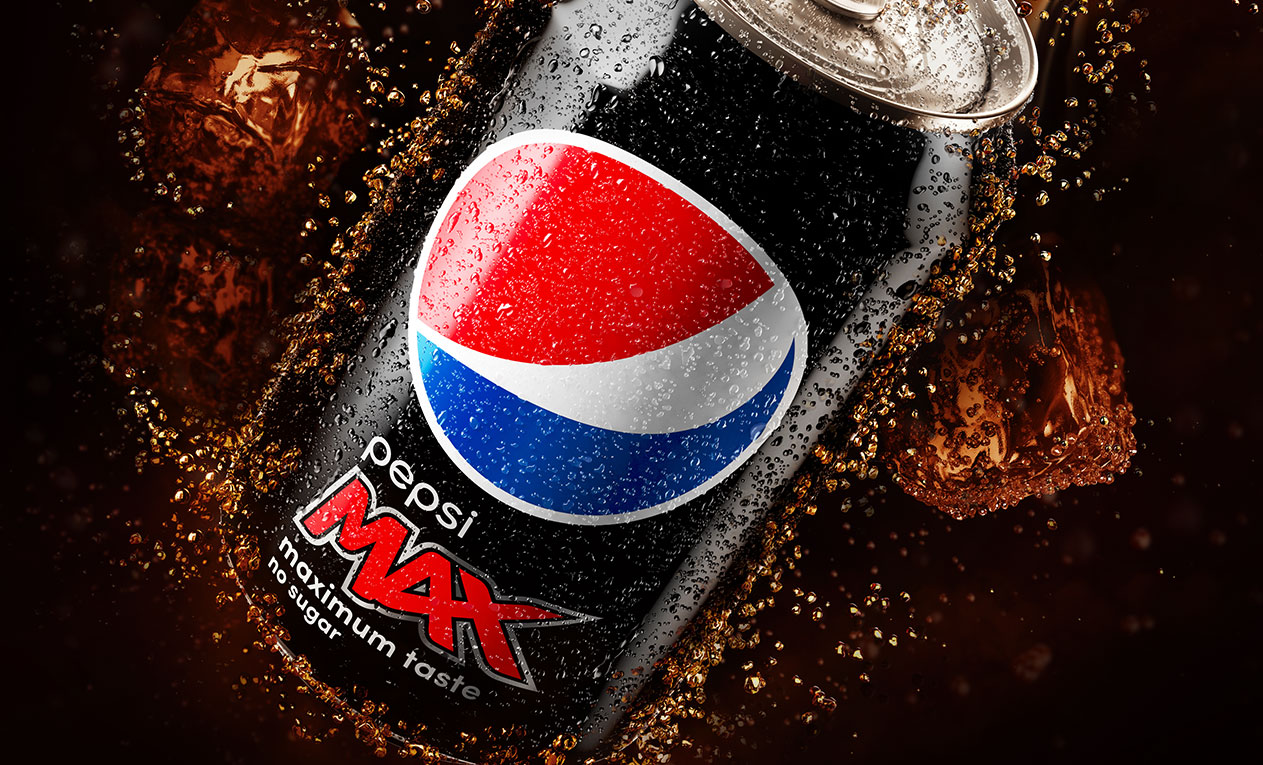 Conclusion
Diet Pepsi and Pepsi Max both does not contain any calorie and have minimum nutritional value. What makes them different are some of the ingredients the PepsiCo used to produce them. The difference are, instead of using sucralose Pepsi Max is using aspartame, it also contains potassium benzoate, Acesulfame potassium, calcium disodium EDTA, and panax ginseng extract, which are not presents in the Diet Pepsi. Pepsi Max also contains more caffeine than Diet Pepsi, it is about 43mg for a 7.5fl.oz bottle/can while Diet Pepsi only contains 24 mg of caffeine per 8 oz. Since the ingredients are different it may occur that the taste of these two products are also different. Some people may enjoy one over the other, or like both of them equally. The artificial sweetener choice might be the cause that affect the taste and make them different from one to other.