Today, there are so many milk based beverage variant available and just like milk, they are gaining popularity here and there. Not only delicious, most of them also very easy to make in your home. In our Frappe vs Frappuccino article this time, we are going to give you more information regarding these two often confused beverage and how they are actually different from each other. If you like both of them, go check our article below. 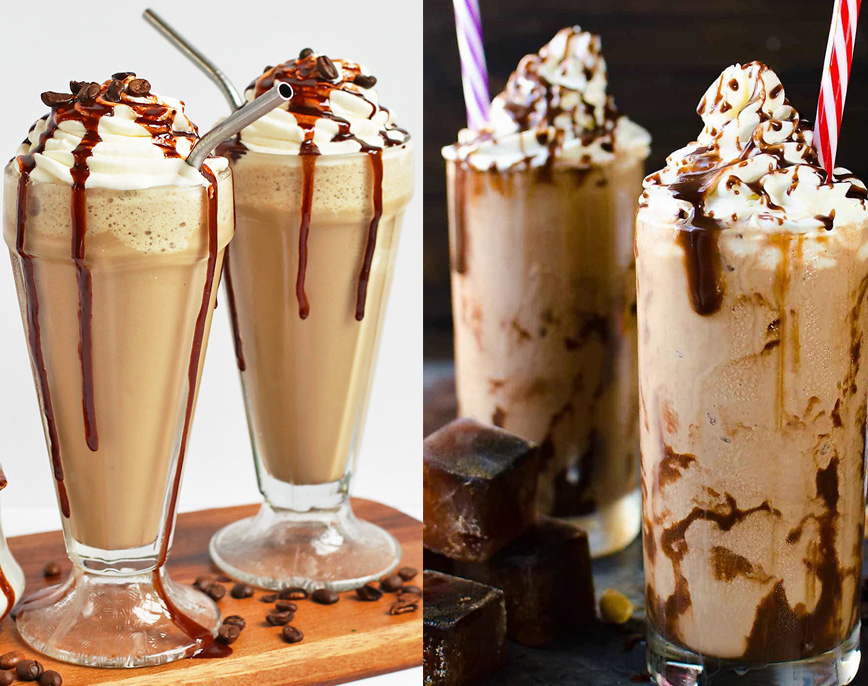 About Frappe
If you like sweet and creamy beverage, you must at least ever taste a Frappuccino when going to a family restaurant or similar place. This drink is very popular and can be found in most places wherever you travel. Its name comes from a French word frappe, which means chilled and crushed ice. It is initially made with coffee, native to Greek and was accidentally created by Dimitris Vakondios who is a Nescafe representative in 1957. In present day, it can be made with various main ingredients.

Frappe named beverage has been documented since 19th century but at that time, the drink is not consistent since some are similar to slushes while other are too similar with iced coffee. The first time it made with instant coffee is by Dimitris Vakondios when he want to drink his coffee but can’t find any hot water, so he mixed the instant coffee with cold water and ice cubes in a shaker. In New England region, the term is used to refer milkshake with ice cream and cappuccino.

Frappe Recipe
Not only in restaurant, you can make your own Frappe in home. We took the recipe from taste of home if you want to try it. Prepare 1 teaspoon instant coffee granules, ¼ cup hot water, 1 cup milk, 4 ½ teaspoon chocolate syrup, ½ cup crushed ice, and whipped cream/ice cream for topping if you prefer. To make the beverage, dissolve coffee in water and freeze it in ice tray. After it solid, pour all ingredients except topping and blend until smooth then add topping.

About Frappuccino
Another milk based beverage that looks alike and taste very similar with Frappe is Frappuccino. This beverage is Starbucks trademark, so only them can use the name and sell product using the term. It’s naming actually just a portmanteau of Frappe from New England version and originally developed, named and trademarked as well as sold by George Howell’s Eastern Massachusetts coffee shop chain but after Starbucks purchased the coffee connection in 1994, the rights now belong to them.

Depend on where you live, you always can order the beverage at any Starbucks chain. The recipe also modified to be more modern and the ingredients used now not only limited to coffee but mostly divided between blended coffee and blended cream. They also added a variation like Matcha Frappuccino, Strawberry Frappuccino, and Caramel Frappuccino. Read also: Frappuccino vs Latte here.

Frappuccino Recipe
Instead of going to Starbucks, you may also make your own Frappuccino at home. For the caramel version, you will need 2 cups of ice, 1 cup strong brewed coffee, 1 cup milk, 1/3 cup caramel sauce, 3 tablespoon white sugar, and whipped cream for topping. Mix all these ingredients in a blender until smooth then add whipped cream with caramel sauce on top.

Comparison
Now, let’s compare Frappe and Frappuccino. Both of them are very similar and they hard to differentiate since the recipes are already modified to follow market’s demand. However, the easiest part to tell them apart is if the beverage comes from Starbucks, it is Frappuccino but if not, it is called Frappe. Another difference though not always is the fact that Frappe initially used ice cream for topping while Starbuck’s version use cream.

Conclusion
All in all, the decision is all yours to make. Both drink are equally delicious depend on the ingredient used but if we are to choose, we will stick with more affordable homemade Frappe than the Starbucks version.