Brandy is an extremely popular spirit, but many types are available, such as French Brandy vs American Brandy. These Brandies are very similar to the ingredients or distilling and aging method, but there are also some crucial differences. If you want to know how they are separated from each other and which you may like better, let’s see below what they are. 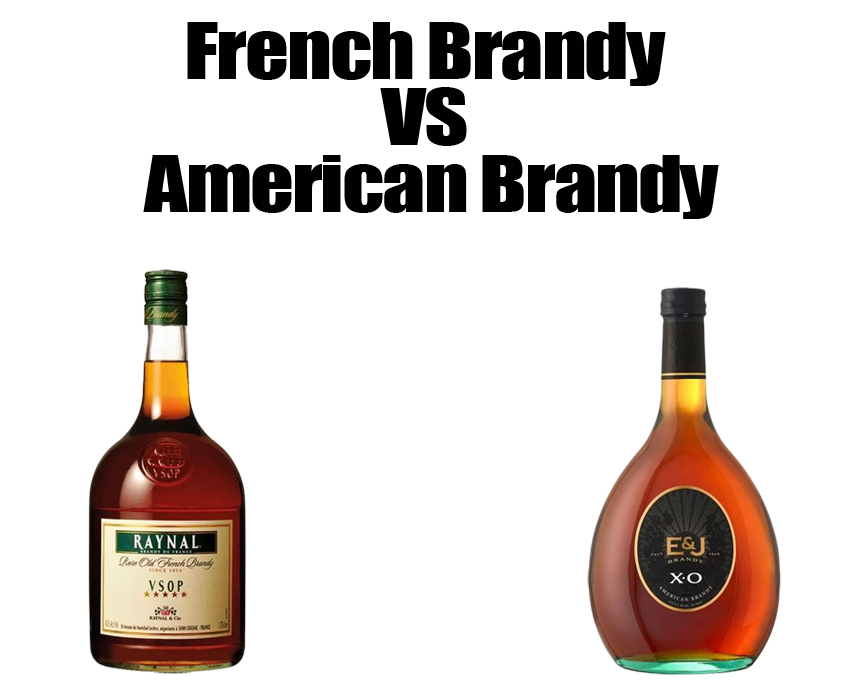 Alcohol is one of the most popular beverages you can find almost everywhere you go. They can be beneficial, especially for people living in cold climates, but they are consumed for entertainment most of the time. What makes alcoholic beverages loved by many is the effect and the taste. Depending on what you drink, they can taste like crisp water or a complex mix of different flavors. Sometimes you can even guess someone’s personality based on what they drink.

There are so many types of alcoholic drinks. Six are distilled spirits; Vodka, whisky, gin, rum, tequila, and Brandy. Vodka such as Ketel One Vs Stoli is very popular for mixed drinks and has clear color, typically 40-50ABV. It is made from grains or starch-rich ingredients, but you can also use other fruits. Whiskey is fermented grain mash with brown color. It is aged in a wooden cask and has a distinct taste from the ingredients and aging process.

Gin is clear like Vodka but from juniper berry. It has a dry taste and is usually prepared with other ingredients. The typical alcohol content is 40 to 47 ABV. Rum is an alcoholic beverage made from sugar and is aged. It is dark brown, almost like cola, and is popular for tropical drinks or warm cocktails. It has a sweet taste making it versatile for mixed drinks. Tequila usually has a light yellowish color and contains 40 to 50 ABV. This drink is made from the agave plant and is a product of Mexico.

About French Brandy and American Brandy

Lastly, we have Brandy which varies in color but is usually light to dark brown. Brandy is an extremely popular alcoholic drink that you can always order to enjoy the taste or to have fun. The drink’s alcohol content may vary from 35 to 60 ABV, so it can be pretty intense. Not only fun, but it is also a beneficial drink if consumed in moderation because there are health benefits you can get from drinking it. First, it has antibacterial properties, so you can have some when suffering from a cold or flu.

Brandy will help get rid of the cold, sore throat, and coughing effectively, especially with the warming and relaxing nature of the drink. Second, it will help you sleep better. There is a reason why Brandy is famous as an after-dinner drink. It has soothing and relaxing qualities. Third, it can help reduce weight and cholesterol levels too. Brandy contains no carbs and is low in cholesterol if you are currently maintaining weight. Additionally, Brandy has anti-aging properties or antioxidants to neutralize free radicals. 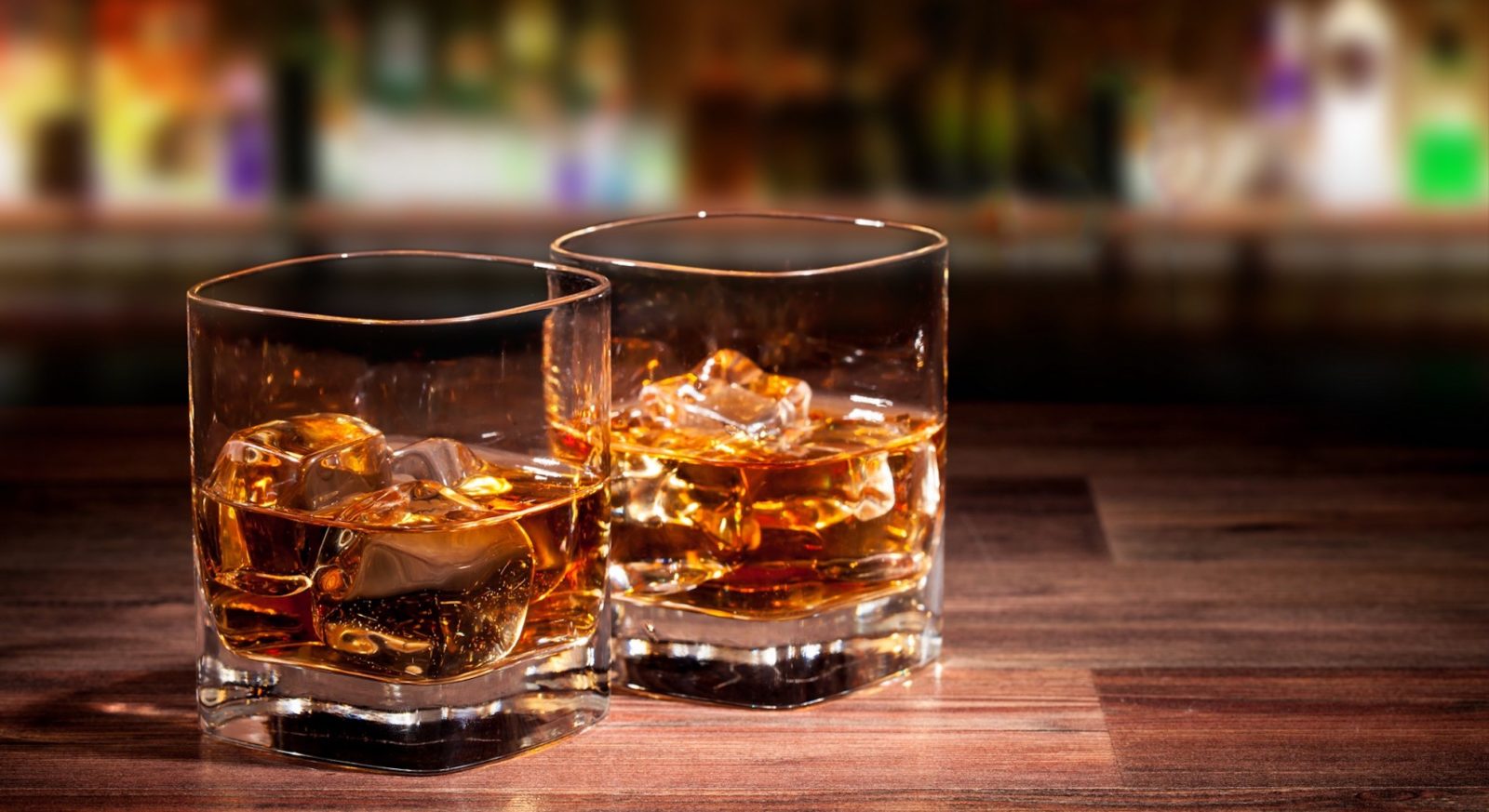 What’s a bit confusing about Brandy is the variants or types. We all know that some spirits must be from a specific region or country to be eligible, and Brandy is one of them. Everyone can make Brandy, but we can’t label it carelessly, such as French Brandy and American Brandy. They are different due to geological location, but it is more complicated than that. Three significant French Brandy, Armagnac, Calvados, and Cognac, all represent their region.

On the other hand, American Brandy is a general term for the beverage made in the country. What affects the taste of a drink is both the ingredients and the manufacturing process. Brandy is distilled wine, and like wine, the variety and its growing place will play a role in deciding the final result. The difference between French Brandy and American Brandy can be anything from the grapes to the manufacturing method.

French Brandy has three different categories which represent their region. The most popular is probably Cognac which is specifically Brandy made from grapes grown in a specific area around the town of Cognac. Initially, the wine made from grapes grown in this region was inferior, so it used to be distilled to fortify other types of alcohol. But, it was then discovered you could make smooth Brandy from them, which transformed Cognac into the Brandy maker we know today.

The second rank is Armagnac which is located further south than Cognac. It is less popular, but some people like it better than Cognac because, unlike the former, this Brandy is distilled only once, so if you love the fruity flavor, it may taste better. The last is Calvados, which is the most unique because the Brandy from this region is made from apple. It is Brandy produced in Normandy in the northwest of France. It is characterized as coarse and needs aging to develop the flavor.

Depending on the Brandy type and brand, typically, they use grapes, but manufacturers can distill it from other fruits containing sugar. If it is French Brandy, the grapes must be coming from a specific region or made in France. American Brandy can use grapes or apples, such as the Applejack Brandy, which is also famous. You can use blackberries, sugar cane, honey, milk, rice, wheat, corn, potatoes, and rye—fun fact: people distill alcohol from cabbage and carrot peels during WWII.

The making process of fine Brandy is pretty similar, with some slight differences. In general, it is by fermenting grape juice using yeast to ferment sugar in the liquid and turning it into alcohol and carbon dioxide. Distilling processes and tools vary between manufacturers, but the general ideal of “distillation” stays the same. The vessel containing the liquid is heated to vapor and channeling it to gather the alcohol. Fine Brandy, like Cognac, is double still to refine the alcohol.

Some fine Brandy makers, both French and American, use copper pots to distill their products. Brandy is an aged alcoholic drink, so it is not ready to drink after distillation like Vodka. Depending on the manufacturer, they usually place the spirit in oak casks for the aging process, which is one of the most critical steps of the production to affect the price. Most Brandy we consume today are pretty young or less than six years, but you can find older Brandy costs much higher. 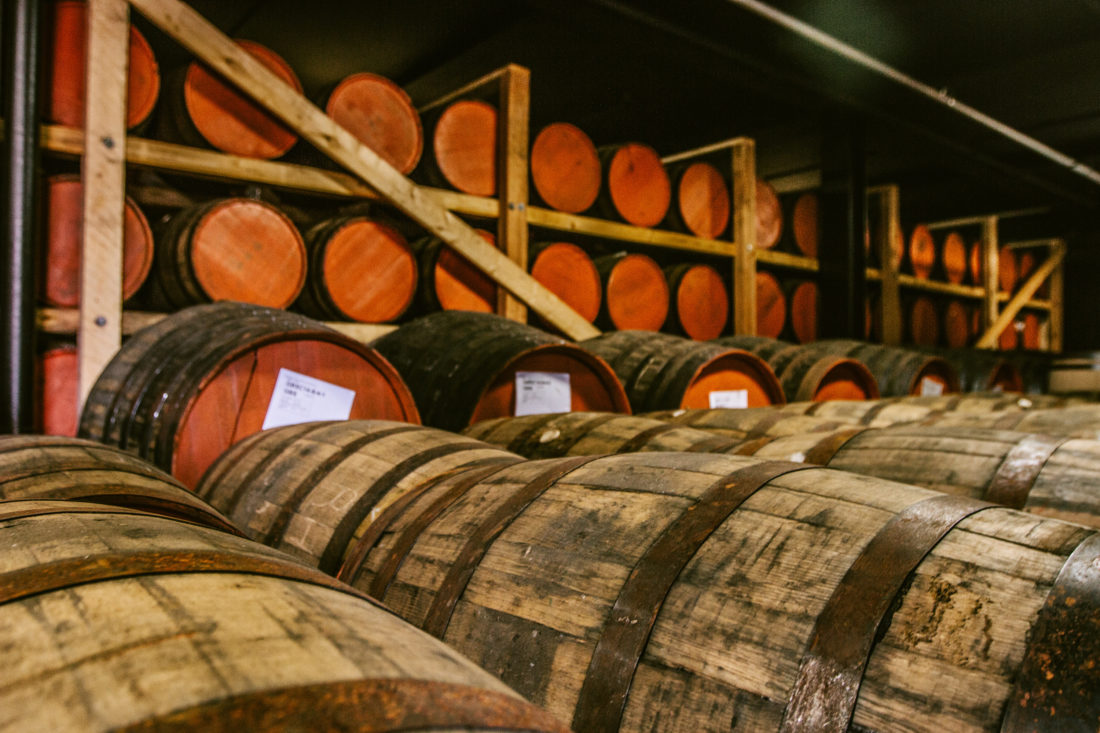 Like most aged alcohol, manufacturers put a batch number in their Brandy to signify the age, and the older they get, the more expensive and the more flavorful the drink is. For young Brandy, they can be ready for as fast as two years. The manufacturer will mix or blend different barrels over several vintages to make fine Brandy. You can even a Cognac, which is a mix of 100 different barrels.

Another step before bottling is achieving a uniform alcohol content because it is a mix of different batches, so the manufacturer usually dilutes it with distilled water. Sugar and caramel are also helpful to stimulate age in young brandies and help the drink have a more even color across the production batches. The more modern and mass-produced Brandy usually uses column still for convenience instead of doing it in small batches. The grapes are also typically table grapes instead of fine wine grapes.

When it comes to Brandy, especially those made in French, you will see different labeling on the bottle besides whether it is Cognac, Armagnac, or Calvados. VS label means Very Special or three stars, the youngest Brandy or those aging for at least two years. VSOP label means Very Superior Old Pale or Very Old. The label indicates a Brandy with an aging process of at least four years for the youngest batch in the bottle. XO label or Extra Old is Brandy which youngest batch must age at least six years.

Both French Brandy and American Brandy are flavorful drinks that are already amazing on their own or with ice cubes. Nowadays, Brandy is very popular for creating a cocktail, especially when combined with fruit flavors. If you have French Brandy like Cognac, this aged spirit pairs well with coffee for an after-meal. But, if you have a high-quality Brandy, regardless of the origin, it is wise to enjoy the original taste or drink it on its own to feel the complex nature of the drink.

You can enjoy French Brandy and American Brandy in a cocktail or on their own. The main difference is where they are made and the ingredients. We recommend young Brandy for a starter, and you can move to the finer and more expensive one when you find the drink enjoyable.