There are so many delicious sweet treats and desert in the world and many people are eating them every day. Most of them actually are not so healthy to be eaten everyday because they are mostly high in calories. In today Frozen Yogurt vs Ice Cream article, we are going to give you information about these two similar yet different treats that often mistaken with each other, mainly about how they are different and what each one of them can offer to you. If you are interested, go check our article below. 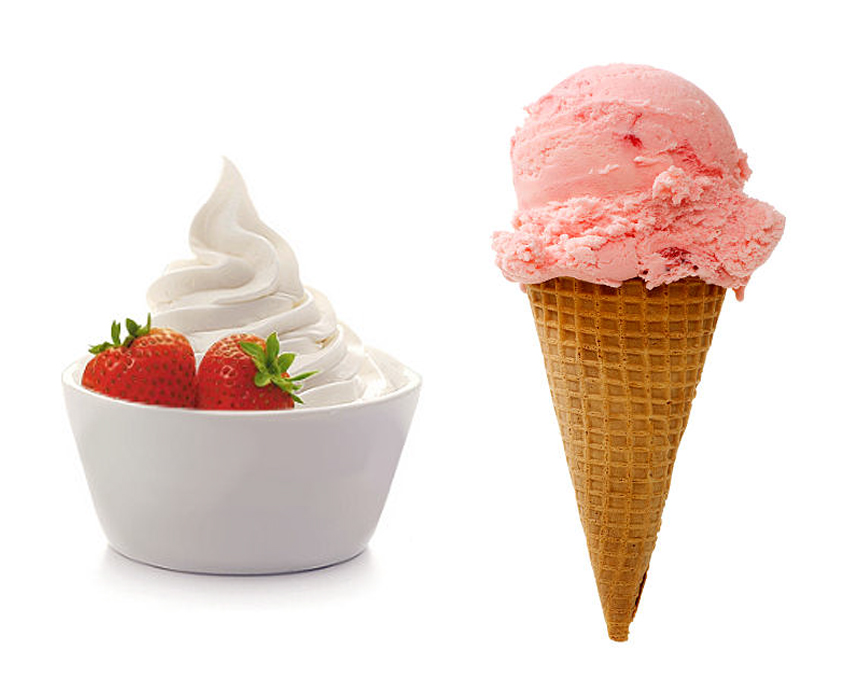 About Frozen Yogurt
We are sure most of us are already have a taste of yogurt because this milk derived food and drink are very popular worldwide as a delicious yet healthy source of probiotic which is known to have a good benefit for our digestive system. As you may already know, Yogurt is made from milk or some people also called the substance as a cultured milk. Making process of yogurt will include yogurt cultures that is used to ferment the lactose in milk.

This bacterial is also the one that is responsible for that texture and tart flavor in yogurt. Even though mostly it is made from cow’s milk, you can make it from various milks like water buffalo, goats, ewes, camels, mares and yaks but the availability of yogurt coming from these milks are locally. Besides that, the milk you can use is actually can be either homogenized or not and each one of them will bring a substantially different result. Read also: Yakult vs Yogurt here.

Just like the name suggest, Frozen Yogurt is a type of dessert that is made with yogurt and sometimes other dairy products as well as non-dairy products. In taste, this dessert are having a tart taste just like regular yogurt and lower in fat because it is made from milk instead of cream like in ice cream. 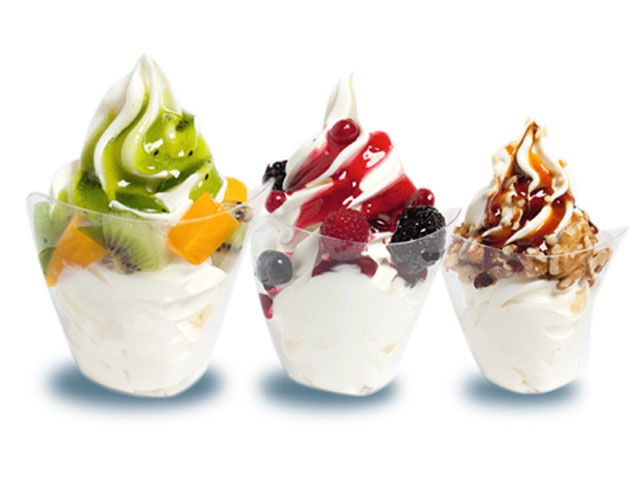 Frozen Yogurt History
The popularity of Frozen Yogurt date back to the 1970s when popularity of ice cream is starting to surge, so at that time Dannon launched a frozen yogurt product but somehow not that liked by consumers because of the taste. The new wave started by TCYB when they sell soft-serve yogurt from a dispensing machine and the popularity continue to grow followed by many other companies until late 1990s when it showed a slowing down trend. It gains the interest of people again starting in mid 2000s thanks to the advent of live probiotic powder-based mixes by John Wudel.

Frozen Yogurt Benefit
Depending on the type of milk used to make the Yogurt, Frozen Yogurt are vary in nutrition. Taken from healthline, the one that made from nonfat milk will also produce lower fat content that those made from whole milk. In each 3.5 ounce of whole milk frozen yogurt will have 127 calories, 4 grams fat, 3 grams protein, 22 grams carbs, 10% calcium, 6% vitamin A, 3% iron, and 1% vitamin C.

Just like Yogurt, Frozen Yogurt will also may contain probiotics and this substance will be beneficial for your health. This dessert also lower in lactose because bacteria will break down some of the lactose and reduce the amount so those with lactose intolerance that can only eat a small amount of dairy products will still able to enjoy it.

Since it is made from milk, it will carry some nutrient from milk like calcium and protein that are good for our body. In the same serving, the dessert also will have lower calories than regular ice cream, so it will be good for those who currently watch their calories intake.

About Ice Cream
Before the popularity of Frozen Yogurt we are already know how delicious Ice Cream is. Until today, this dessert are one of the most popular option to spend our leisure time and you can get them in almost every place that sold food whether it is in convenience stores, grocery stores, restaurant and such establishment. There is no denying that this dessert is loved by many people from children until elder people because it tastes delicious, has a wide range of flavors choice, sweet, creamy, and pleasantly cold. 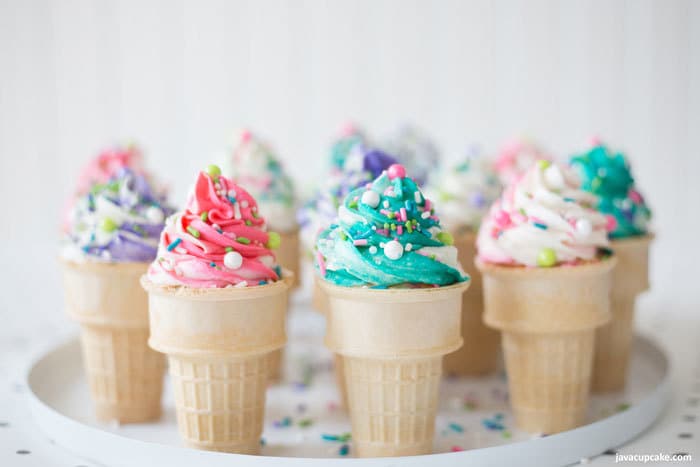 Just like the name suggest, Ice Cream is commonly made from milk and cream then combined with another ingredients such as fruits or flavorings and sweetener like sugar or their substitutes. In the United States itself, there is regulation to use the term according the relative quantities of the main ingredients which is cream and those that don’t meet the criteria can’t use the term but instead they should be named with “frozen sweet dessert”. In other countries like Italy and Argentina, the term is used for all variants.

Ice Cream History
The first recipe for Ice Cream was appeared in London in 1718 while in North America, the earliest reference to this dessert is given by Oxford English Dictionary from 1744. The one that brought the recipe to the US is the Quaker colonist and since then many confectioners sold ice cream at their shops in New York during the colonial era. It began to be popular worldwide in the second half of the 20th century after cheap refrigeration become common and after that you can find many inexpensive Ice Cream in a wider range of flavors like now.

Ice Cream Benefit
This dessert is probably seen as one of the most unhealthy food you can get out there but surprisingly, it also carry some benefit. There is a study in American Journal of Clinical Nutrition that found woman who consume one serving of full fat dairy products like Ice Cream gained less weight that those who don’t. Another Study by Harvard in the Journal of Human Reproduction suggests consuming full-fat milk or Ice Cream may improve your fertility.

Since it is made from cream which is a part of milk, it will also contain calcium, phosphorus, potassium and B vitamins that are all beneficial for our body. Another good benefit of this dessert is it can make you happy and this also has been proven by researches in the Institute of Psychiatry in London. When people eat Ice Cream, there will be an immediate effect on the pleasure center that activated when we are happy called orbitofrontal cortex.

Comparison
Now, let’s compare Frozen Yogurt with Ice Cream. Even though these two are similarly delicious, the taste are very different because Frozen Yogurt has that distinctive tart flavor which is not present in Ice Cream. It is also made from milk with cultures, so it may contains active probiotic and because it is made from milk instead of cream like Ice Cream, it will also has lower calories and fat than Ice Cream.

Conclusion
All in all, the decision is all yours to make. In our opinion, both of them are equally delicious depend on your preference and what you are aiming for when choosing between two. However, if you are looking for a healthier option here, we will recommend you Frozen Yogurt than Ice Cream.