Energy drinks are very popular because they are convenient and also taste good for most people. They are sweet almost like any soda and other flavored beverages but also gives you energy and a refreshed feeling. Popular sport drinks like Gatorade Vs Powerade are often consumed by young people and even children for both the taste and benefits. If you wonder which of them will seem to fit you better, see below about what they are made of and what the possible effect of drinking the beverage. 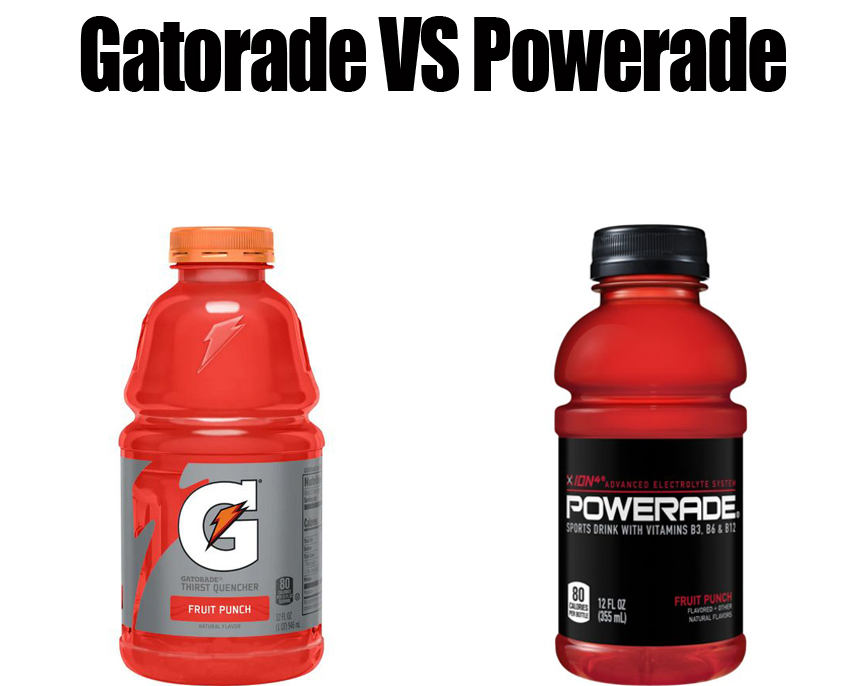 We are always reminded to be hydrated and never forget to drink throughout the day to keep the body function properly. For some of us a water bottle is just like a companion that always stays on the desk or brought anywhere we go to stay hydrated and never forget to take a sip when needed. However, sadly not all of us are fond of the regular, plain water since yup, they have no taste and can be boring as well for some people.

This sadly led into another alternative of water which can be popular drinks like soda or sports drink and other flavored beverages like juices. In a moderate amount none of them are harmful but in an excessive intake none of them are supposed to be as healthy as or even healthier than just regular water. Especially for sports drinks, this beverage is very popular not just here but also in various countries all over the world, with similar formulation and benefits.

You can find them almost anywhere you go and convenience stores are always packed with sports drinks from various different brands with their pretty, colorful bottle and beverage. The product naming itself plays an important role on why there are so many people consuming this beverage and since they are called sport drinks, our logic must think they are good for active people but, it is not always the case. Especially in a warmer season, we mostly want to drink cold and sweet beverages but sport drinks are not the best option.

With this may come a question then who these beverages are made for initially. The answer is definitely not all people will actually “need” them because even when you are active and often exercise, those activities that are done in less than an hour are usually enough with just regular water to hydrate the body. The type of users who will benefit from sport drinks are people who are doing endurance activities such as running or cycling and high-intensity sports like hockey or rugby for more than an hour. 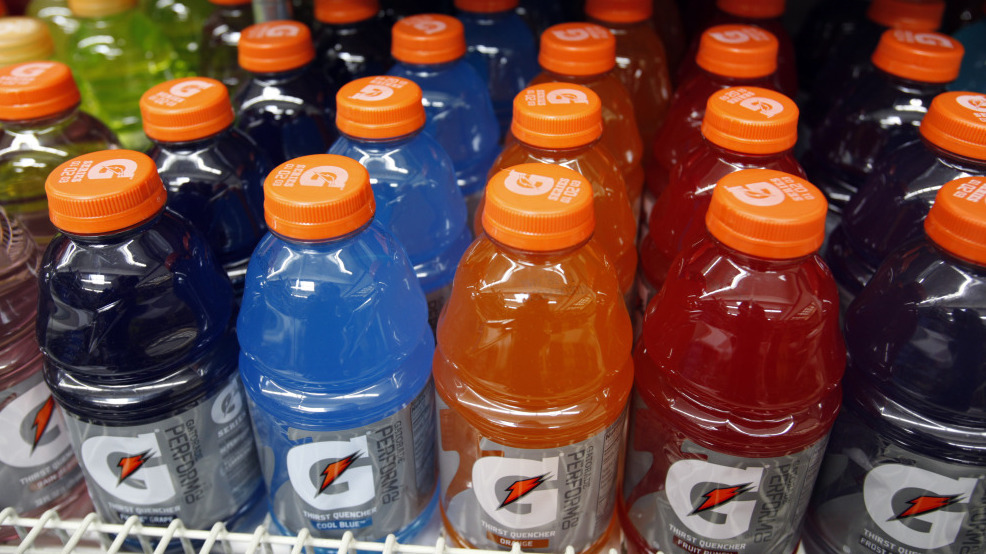 For those very active people and do sports more often then, sports drink may be beneficial in the lifestyle. The common guide is to aim for approximately 30 to 45 grams of carbohydrates per hour when doing intense physical activity so depending on the sports drink formulation, it can be around 500 mL to 750 mL of sports drink in an hour. This is because these people or athletes need both extra energy which is carbs and minerals for the muscle to function and maintain their performance.

About Gatorade and Powerade

If you are here then we assume that you are also having such an active lifestyle or need more than just a water to replenish energy during extensive workout. Due to the popularity, there are also plenty of options out there and you can try them to see which will have a better effect or taste since we know some people like sports drinks for their sweet and varying flavors. In most cases they are similar to each other in terms of formulation but there are some that are also different.

It is easy to just go to a convenience store and grab one bottle of sports drink as they are almost always available. But, for most people there are brands that we hear often or see often and probably have a taste before and in the country, these brands are Gatorade and Powerade. Almost all of us have a taste of these beverages and it seems that they are still the favorite among younger people, despite being quite old brands.

Gatorade history is starting back in the 1960s when a group of scientists were asked to formulate a drink as replacement for athlete’s body fluid lost during the extensive game due to physical exertion. Seeing the success, the product was then commercialized and in the present day Gatorade is owned by PepsiCo. It is still marketed in the U.S. along with other countries in which some are also adjusted to the local’s favorite flavors such as the Blueberry variant that is available in Columbia and Brazil.

Powerade is not as old as the Gatorade brand but owned by the Coca Cola company. This is the strongest competitor to the beverage name, and they even have similar branding as well despite don’t having as much market share as Gatorade. The two are almost identical so it is often about which taste settles best in one’s palate and in this competition the Gatorade, especially their original flavors often win and are preferred by many people.

In the early of its career, Gatorade were actually very limited in terms of flavor collection that even nowadays Vodka brands such as Absolut Vodka Vs Smirnoff carry more variants in their catalog. In the past there were only Lemon Lime and Orange but after about 2 decades they finally add Fruit Punch which is one of the most popular options and then other variants such as Glacier Freeze, Cool Blue, Blackberry Wave, Raspberry Lemonade, Green Apple, and so many more are added.

Similarly, you won’t get bored with Powerade as this brand carries just as many flavors to try. The most popular is probably the blue one or the Mountain Berry Blast followed by the Strawberry Lemonade which is our personal favorite, and Fruit Punch, Orange, then Melon. This brand also has Zero calorie line with Grape and a unique White Cherry flavor which is surprising since the liquid makes it look like a Lychee flavored beverage. 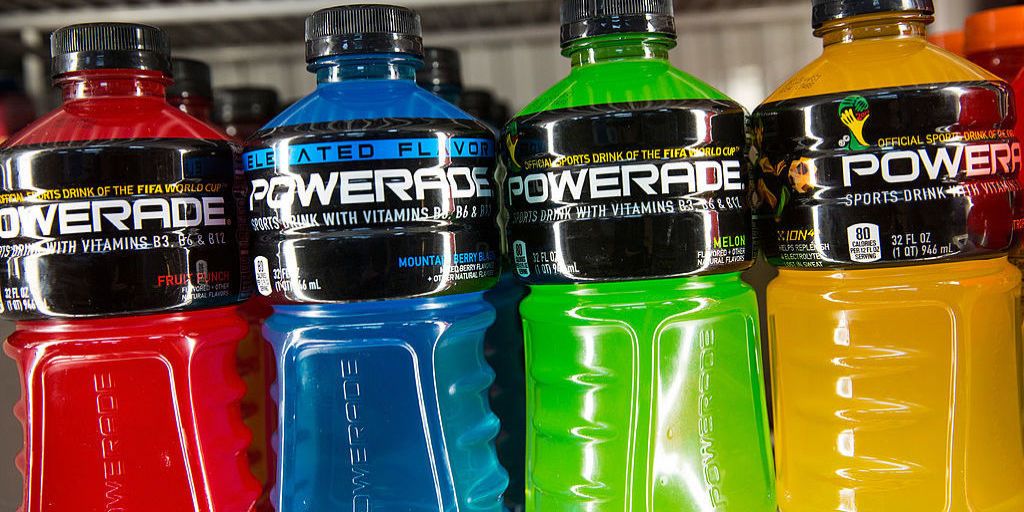 Now for the most important part, it is always necessary to see what gets in our body, including for beverages like Gatorade and Powerade because they may have side effects, especially when consumed extensively or very often. Starting from Gatorade, this beverage is made with sugar, dextrose, citric acid, monopotassium phosphate, food starch, natural flavor, glycerol ester of rosin, and food coloring. On the other hand Powerade uses high fructose corn syrup, citric acid, natural flavor, salt, magnesium chloride and calcium chloride.

It also has mono-potassium phosphate in which all three of them are electrolytes source, added with food starch, glycerol ester of rosin, calcium disodium, MCT, Vitamin B3, Niacinamide, Vitamin B6, B12, and coloring as well as ascorbic acid. These are the examples for their Fruit Punch flavors so other flavors or variants may have a slightly modified formulation.

The main concern about sports drinks is mostly about their calories and sweetener in which the focus here is between dextrose and high fructose corn syrup. Dextrose is identical to glucose but is produced commercially. In general both are sweetener and often used in commercial products to sweeten beverages or foods. They are not safe for people with issues related to blood sugar and they may cause some health problems as well with prolonged consumption. Taste wise they are similar with any sugar or most flavored beverages.

Another difference is probably from the packaging because usually you will find Gatorade in a larger bottle of about 590mL beverage and this is quite a lot for one sitting. The common Gatorade bottle contains 34 grams of sugar and has 80mg of potassium while the smaller Powerade that contains 360mL of liquid is only 21 grams of sugar. In addition it has Niacin, Vitamin B6 and B12 along with potassium and sodium, to replenish electrolytes lost in sweat in comparison to only sodium and potassium from Gatorade.

These additional ingredients are often put in sports beverages as electrolytes replacement and in order to replenish the body. Sodium, magnesium, calcium, chloride, and phosphate are examples but vitamins such as vitamin A, and B vitamins are considered essential for the body as well. As for the real effect on the body, usually there is no much difference and in general sports drinks are not always consumed by athletes only so the most noticeable effect is the hydration and water retention from the sodium.

Both of them are pretty much the same in terms of flavor collection as well as the formulation. The prominent difference is mostly on the addition of vitamins in Powerade and the type of sweetener use but between Dextrose and HFCS none of them are better for your body so let us stick with the less sugar consumption is best and wiser, especially if you also consume sweets often and not very active. Flavor wise it is highly subjective but we do like the Lime and Lemonade variant of both brands.

It is always wise to maintain the sugar consumption since it is not good for our overall health. Gatorade and Powerade are safe to consume in moderate amounts or only if you have a prolonged activity that exerts the body which is why the sugar and electrolytes will help to counter the electrolytes and water lost.