Among those many sweet dessert in the world, you must have one or more favorites that will always in your list when going for grocery shopping or order when going to dessert shops. Two of most popular sweet dessert are Gelato vs Ice Cream which somehow often mistaken with each other even though they are different. In this article, we will give you information regarding these two similar yet different sweet frozen dessert, so you can separate them from each other. If you like both of them, go check our article below. 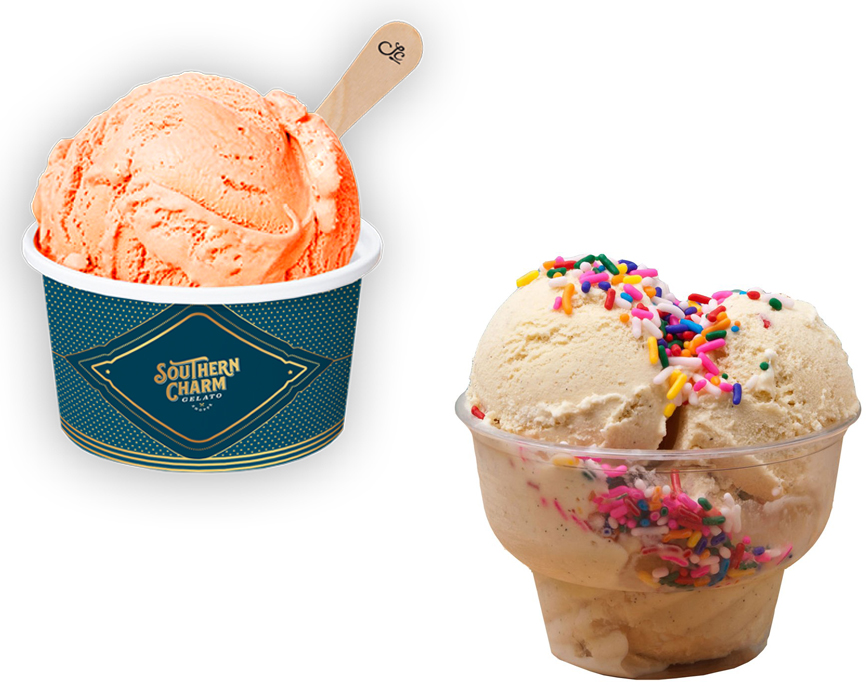 About Gelato
We are sure most of use already have a taste of Gelato because even though this Ice Cream like dessert is in fact coming from Italy, it is very popular in so many countries, so getting your hand on them won’t be an issue. Some people also called this dessert as an Italian-style Ice Cream and just like regular Ice Cream, the main ingredients to make it is still consisting of milk and sugar but it is also generally lower in fat than your regular Ice Cream.

Usually, Gelato will have less air and more flavoring than other type of frozen dessert which is why it has such a rich and dense feeling compared to them. Depend on where you live, in Italy itself there is a requirement that Gelato have to have a minimum of 3.5% butterfat but in the United States, there is no legal standard to it. Serving the dessert is just like serving any similar food such as in a cup or cone, with a sandwich, cake, pie or with many kind of toppings. 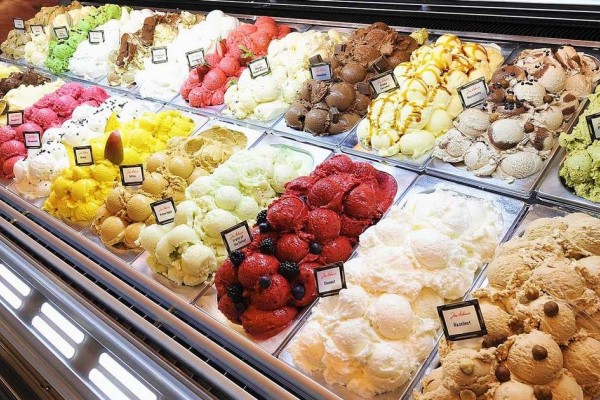 Gelato History
The creation of Gelato back in the Renaissance era and invented by Buontalenti in Florence. He created the desert for the Grand Duke Cosimo I de’ Medici when he want to celebrate Spanish deputation with an opulent banquet. The popularity began to spread in 1920s to 30s in the northern Italian city of Verse when the first Gelato chart was developed and until now the country is the only place where the market share of artisanal Gelato compared to mass-produces ones reaching over 55%.

Gelato Making
The original way to make Gelato is by combining eggs, milk, sugar and flavoring which then heated and chilled. The next step is batching them to incorporate air into the mixture and give them that distinct texture. Heating process will heat those ingredients until 85 degree Celsius for pasteurization and then lowered to 5 degree and mixed until the desired texture is achieve. The cold process consists of mixing ingredients and batched in the freezer. Sprint process at the other hand require milk or water to be added into a package of ingredients then mixed and batched.

Gelato Nutrition
Because Gelato is commonly made with milk, it can have fewer calories than regular Ice Cream, so it can be a good choice for those who are currently managing their calories intake. However, taken from livestrong, it is also denser, so the lower calories is not a guarantee here and more depend on the preparation itself. It is also high in sugar, approximately 10 to 24 grams per serving while milk based gelato will also have a high fat that may range from 3 to 18 grams per serving. It also rich in nutrients like calcium, vitamins A and C, and potassium.

About Ice Cream
What Gelato resembles the most is Ice Cream and since they look very similar with each other in many aspects, it is hard to differentiate them only by their looks without tasting them first to notice the different in texture. Just like the name suggest, it is made with cream from milk, so it will also have higher calories and fat if compared to other type of frozen dessert that is made with milk like gelato or frozen yogurt. Ice cream can have so many flavors and they may come from natural flavoring like fruits or artificial ones while commonly being sweetened by sugar or any of its substitute. Read also: Frozen Yogurt vs Ice Cream here. 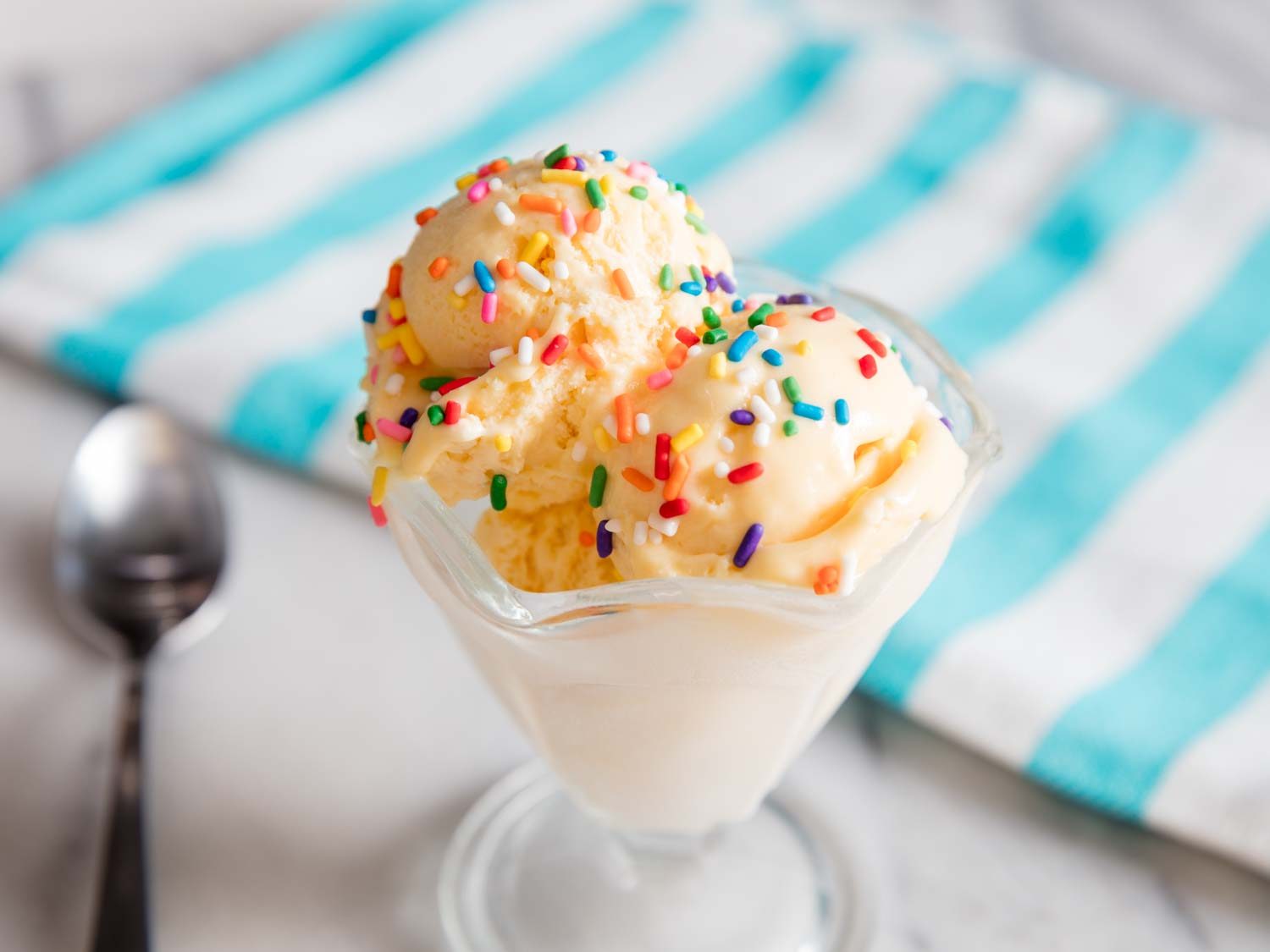 Ice Cream History
The history of Ice Cream like dessert may have gone longer but the first recipe to it appeared in England in the 18th Century. In the United State itself, Ice Cream is introduced by Quaker colonist and in those colonial era, many confectionaries in New York offers the dessert. Another type of the dessert which is called soft serve is introduced in 20th century and this variant has more air mixed in the ingredients to reduce the cost.

Ice Cream Making
In present day, for home consumption, Ice Cream can be made with ice cream makers which is a type of electrical device to help churning the ice cream mixture while cooled inside your freezer. Some more expensive models even have a built in freezing features. Another technique is using a liquid nitrogen to the mixture along with the stirring process and a similar technique by Heston Blumenthal is using dry ice into the mixture while stirring.

Ice Cream Nutrition
Ice Cream is always deemed as an unhealthy food but since it is delicious, many people still consume it as long as not exceeding the recommended serving. The clearest benefit of the dessert is of course the nutrients from cream and milk itself. We know that these ingredients contains many key nutrients like calcium and phosphorus, potassium, and vitamin Bs while also provide a good amount of protein important for tissue repair and cell growth.

Comparison
Now, let’s compare Gelato with Ice Cream. The basic difference is in the ingredients because Gelato is made with milk and Ice Cream is mainly made with cream. Another difference is in the texture since Gelato is creamier, thicker and silkier with elastic consistency compared to smooth regular Ice Cream. In the US, Ice Cream have to contain at least 10% butterfat but in Italy, Gelato only has 3.5 to 9% fat. Gelato also has lesser air than common Ice Cream.

Conclusion
All in all, the decision is all yours to make. In our opinion, both of them are equally delicious and when it comes to which is healthier, it is depend on the making process itself. There is no guarantee it will contains less calories and fat since the ingredients used is the deciding part, so when it comes to choose which is healthier we will recommend you the lower calorie version of these two dessert rather than picking one of them.