Even though Gibson and Martini are two popular cocktails since long time ago. Some people still having a hard time differentiating them and how to use both terms. In this article are going to provide brief information on how to differentiate both terms and what makes them not interchangeable. For those who are curious about how Gibson and Martini are made, you may want to check our article below. 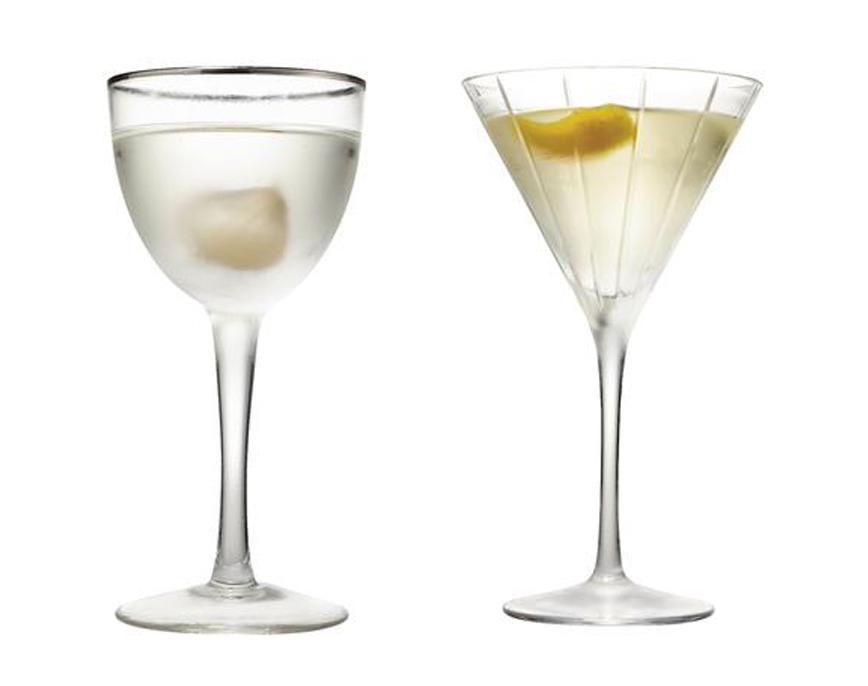 About Martini
Martini is one of the most popular cocktail in the world. This alcoholic beverage has been around since decades ago or maybe longer and still continues being consumed up to this day. Martini is typically or commonly made from combining gin and vermouth. In other variant, gin is being replaced by vodka instead for people who don’t prefer the taste of gin. Gin is one famous alcoholic beverage that was made from juniper berries while vermouth is a wine that have been fortified and flavored with various botanicals.

You can find Martini with different garnish putted on the drink, but the most common garnish used is either olive or lemon twist. You basically may garnish martini with other garnish you want depend on the recipe; there are recipe with pineapple, raspberries or even strawberry. Martini may have clear consistency but it sometimes come with a wide range of colors depend on the recipe and what they put on the martini. However, the basic Martini only required gin and vermouth in a ratio.

How to Prepare a Martini
In 1992, when Martini popularity is reaching its peak; London dry gin and dry vermouth are combined at ratio 2:1 and prepared by mixing them in a mixing glass with ice cubes and orange or aromatic bitters as optional then served by straining it in chilled cocktail glass. Cocktail glass is the glass that shaped like an inverted cone and is popular to serve many types of cocktail as well as the standard glass for Martini.

Martini Origin
The origin of Martini is unclear and there are several versions of it. One version suggest that the cocktail was formerly known as the Martinez served in early 1860 at the Occidental Hotel in San Francisco. This cocktail was first described in Jerry Thomas 1887 Bartender’s Guide and the recipe is to mix a dash of bitters, 2 dashes of Maraschino, 1fl oz. Old Tom gin, 2fl oz. Italian vermouth and shake it with ice then garnish with a quarter slice of lemon.

Numerous cocktail recipes similar to Martini also found in early 19th century Bartending Guides, like in 1888 Bartender’s Manual where there is a drink that was made with half wine glass of Old Tom Gin and half wine glass of vermouth.

Martini Variants
Martini has so many variants and can be modified to follow the drinker’s preference. However, the basic types of Martini are dry martini, dirty martini, and perfect martini. Dry Martini is made by combining gin and dry, white vermouth is a 3:1 ratio, but as times goes by, the amount of vermouth is constantly decreasing up to 100:1. (See also : Martini vs Dirty Martini)

Dirty martini is made by adding a splash of olive brine or olive juice into the mixing glass as well as garnishing the final beverage with an olive. Perfect Martini is made by combining the exact same amount of gin and dry vermouth.

About Gibson
Taken from businessinsider, Gibson is another popular type of Martini alongside Dirty Martini we have mentioned earlier and Vesper. This cocktail is also made by combining gin and dry vermouth and what makes it different from another Martini is because it is garnish with a pickled onion instead of olive or lemon twist. You may also find a Gibson garnished with both pickled onion and olive. Gibson is often seen as elite drink for it have a flavor that appeal to an aristocracy of taste. 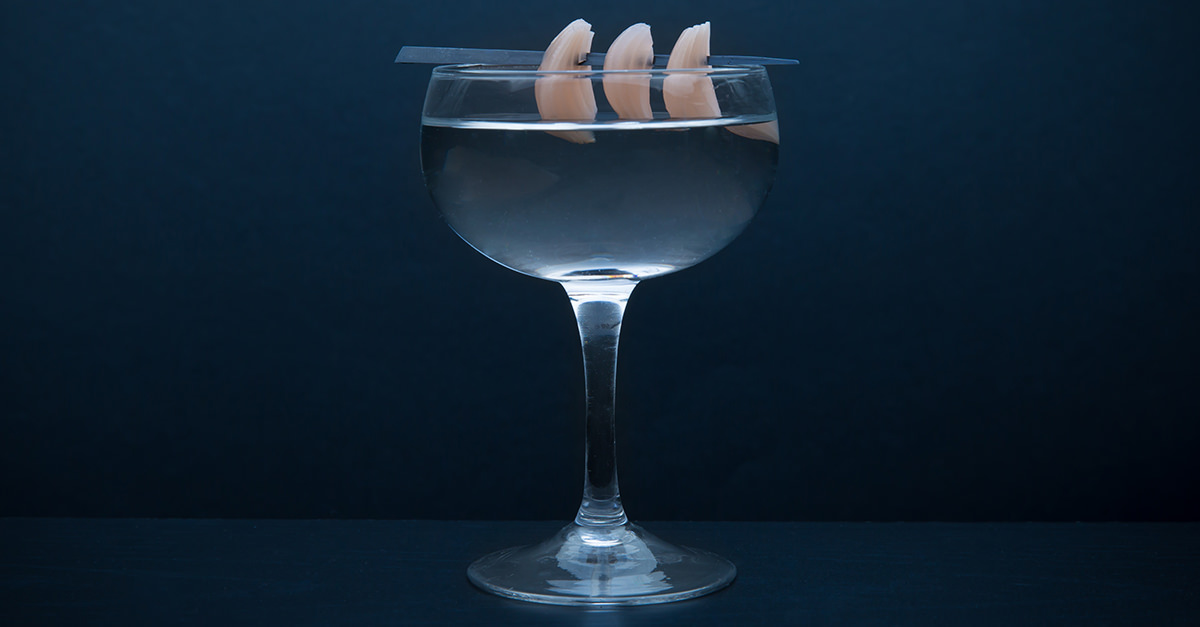 Since a good onion is scarce and hard to find, you may not find Gibson in all bar you visit. But when you find some bar that have a good Gibson, the place may possess certain old-school values and perhaps also charms.

How to Prepare a Gibson
Preparing a Gibson is very similar to preparing Martini. The basic recipe is by combining gin or vodka in case you don’t like the taste of gin with dry vermouth in 5:1 ratio. Use a mixing glass to mix both ingredients with some ice and strain the liquid into chilled cocktail glass. The last is what differ it from Martini, which is garnishing it with a whole or two pickled onions.

Gibson Origin
The origin of Gibson is still unclear up to this day. There are many versions on how the drink was invented and named. The most popular theory is the drink was made by Charles Dana Gibson, when he was supposedly challenge Charley Connolly to improve the martini recipe, so Connolly substitute the olive with an onion and named the drink Gibson.

Comparison
Now, let’s compare Martini with Gibson. First, Martini term is used to call cocktails that made with gin or perhaps vodka and vermouth as the main ingredients and Gibson is one of Martini many variants. Second, Martini is commonly garnished with olive or lemon twist (like in Dirty Martini and Vesper) while Gibson is finished by replacing the garnish with pickled onion. In simpler words, you may call Gibson a Martini but not all Martini are Gibson.

Conclusion
All in all, when it times to choose which one is more delicious than the other, your taste or preference is the only thing you should think about. There is no other way to pick except by trying both beverages one by one and see yourself which one suit your taste better.