Vodka is one of the strongest liquor being consumed in many countries and loved for its versatility. However, being plain doesn’t mean that all brands are making the same beverage because each of them have their own characters and probably fans too, such as Grey Goose and Absolut. While not being the smoothest vodka out there, these brands have proven to sit well in many enthusiast’s list of favorite brands. If you plan to include them too, do check which sounds like the better option here. 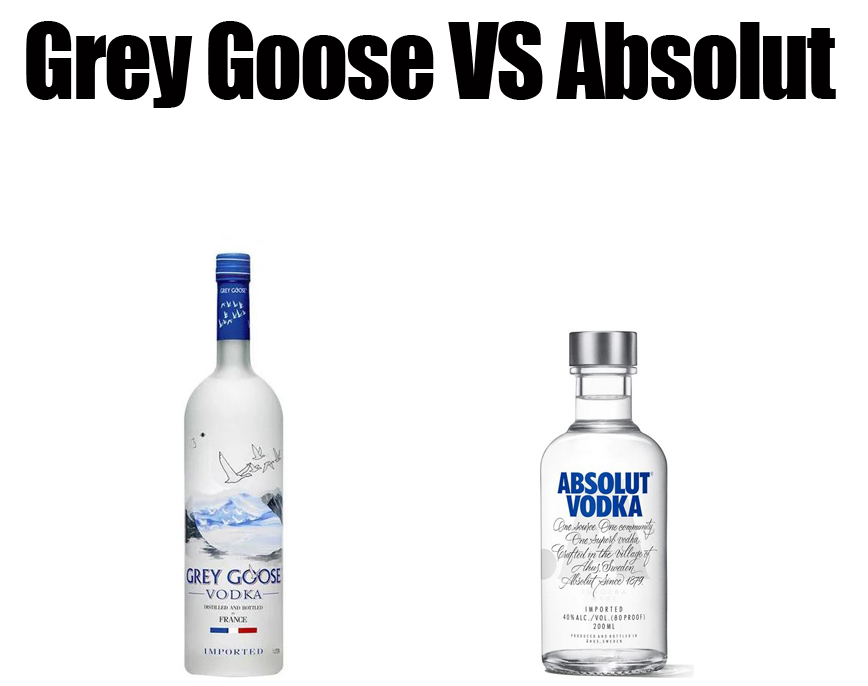 There are a lot of charms in alcoholic beverages as people enjoy them for different reasons and aspects. The most common is the effect of alcohol itself in our system that helps us to either stay comfortable in snowy weather or to just cope with some issues that are hard to deal with in our sober form. Regardless the reason, alcohol is being consumed worldwide and there are even lots of different types of beverages to try for aficionados.

Talking about alcoholic beverages makes you want to think about which of them taste best or just sit well in your palate. There are light ones that pair amazing with fancy dinner and there are with high proof that is probably better to be consumed moderately or have in a mixed drinks. The name Vodka must be familiar with all of us. This liquor along with beer are probably what most of us start with back in the teenage years as they are cheap and easy to get.

Not only in its birth place Poland, Russia or Sweden, this alcoholic beverage is everywhere and also extremely popular here in America. It is not as fancy as wine or ubiquitous as beer yet everyone seems to drink them and perhaps even being one of the most consumed liquor in the country. The first time American heard about Vodka probably date back more than a hundred years ago when newspapers were describing Russia, especially about their vodka-loving workforce.

Not long after when immigrants brought their Vodka into the country, more people were discovering the beverage but, not until America found a new ally in Russia during WW2 that this trend began to take off. One of the most prominent or notable starts is thanks to John Martin and a Russian Vodka called Smirnoff. He purchased the brand and began to capitalize what can be made into money. Example is Moscow Mule which is a mix of vodka and ginger beer. 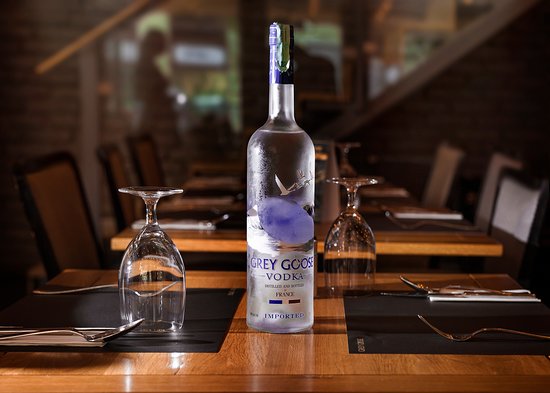 The rest is even boosting the already popular Vodka into the hearts of many citizens at the time with celebrities namely Groucho Marx, Woody Allen, and Zsa Zsa Gabor endorsing the product. Sean Connery who acts as James Bond even asks for his usual Vodka Martini with Smirnoff is shaken, not stirred which we are sure almost everyone is familiar with. Since the 70s Vodka is still the most consumed liquor by volume in the country and while it does not originate here, the beverage surely captures the heart of many people.

About Grey Goose and Absolut

Nowadays, you can find plenty of vodka brands almost everywhere and it is almost like you can taste different brands every day for months. Not all people will like the same variants or named brands despite how well it is accepted by the majority of tasters but it is normal and you should go with whatever taste better in your palate. As for Vodka, since they have no distinct taste in general, it seems easy to switch brands and go for what’s more convenient at the time.

When talking about vodka brands, we are sure there are some names coming out in your head and these are either your favorite or everyone’s favorites. Following the majority’s recommendation is convenient in case your favorite brands are currently not available or when you want to be more adventurous and try something new. Among those many great options, Grey Goose and Absolut are two famous brands that seem fit anywhere. They are welcomed as the common and safe option and leave with pleasant impressions.

The best benefit of being popular is that you can find these brands almost anywhere and it is not surprising that you don’t have to pay too much for a bottle of these vodkas as well yet in comparison Grey Goose will take more from your wallet than a same container of Absolut. Grey Goose is now owned by Bacardi group which also hold hundreds of different brands in the company while the beverage itself was created in the 1990s. Read also: Absolut Vs Smirnoff here.

It was a France vodka and quite unique being seen as an option for the higher status or those who wished to become one with its pretty high price compared to similar competitors like Absolut. On the other hand, Absolut is the brand of the mass or just loved by almost everyone and available in almost everywhere you go. This brand started in Sweden and then gained huge popularity in the U.S through the ads and campaigns that gather much attention from the early 80s while still going strong today as well.

We all know how vodka is almost like water which also sounds similar to the beverage name in some Slavic languages. They are clear like water and have no distinct taste either that will overpower or give a different taste into typical ingredients you mix with them. It is versatile at one point but can be boring as well which is why vodka brands including Grey Goose and Absolut are spicing up their beverage with a lot of flavors to choose and to enjoy as it is. 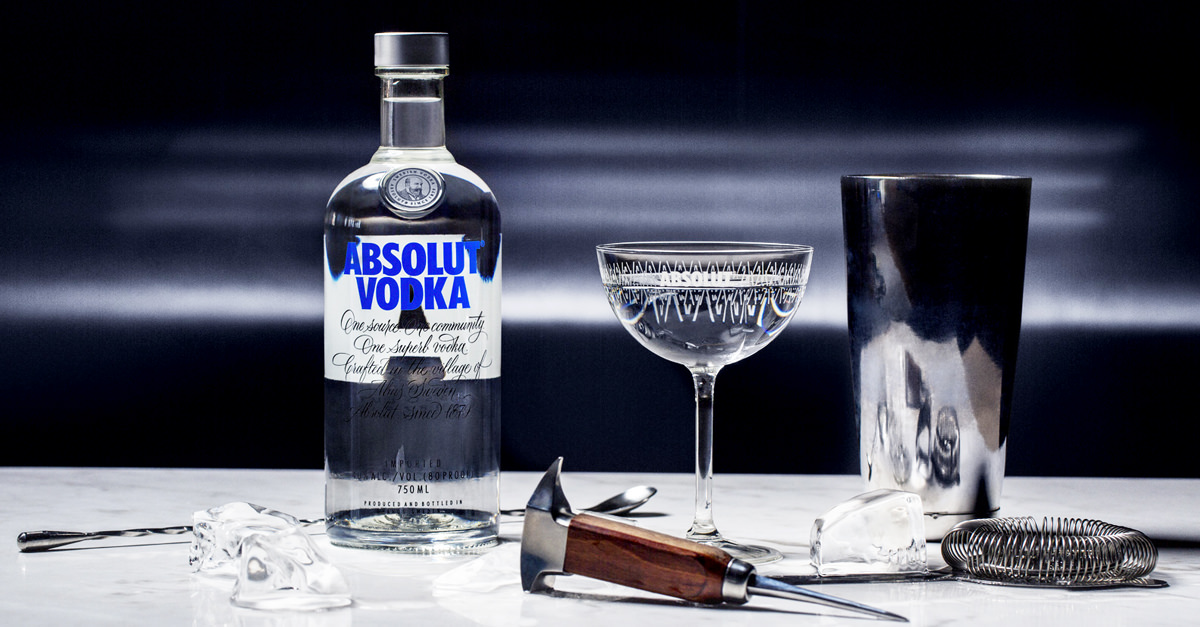 Currently, there are 9 different flavors offered by Grey Goose while Absolut have more than 20 new additions into the family with a wider range of flavors; not just fruits. The common vodka flavors you can find are citrus base like L’Orange and Citron from Grey Goose then variants like Grapefruit, Lime, Citron, or Mandrin from Absolut. All of these new flavors are adding new experiences and if you have been drinking tasteless vodkas up to now, we do recommend trying some of these exotic variants.

Nowadays, vodka can be made from virtually any starch or sugar-rich plant but most of them are made from grains like wheat, corn, rye, and sorghum including Grey Goose and Absolut that are made from wheat, more specifically winter wheat. What’s different is where these wheat are sourced from because we all know that manufacturers tend to reserve their origin and this is why these brands are not using ingredients that come from just anywhere. For example Grey Goose is using the winter wheat from Picardi, French.

This winter wheat is growing in October and then harvested in August, almost a year later which is why it takes more additional months of growth in comparison to summer wheat. The wheat is said to be soft or also called “superior bread-making wheat”. On the other hand, while similarly using winter wheat, Absolut uses those grown in Skane, Sweden that are planted in September and harvested in August. More specifically, the winter wheat being used comes from the southernmost part of Sweden.

This is because the wheat that are growing on the northern part of the region is said to be best or making bread because it is high in protein and gluten, as well as heavy while the wheat used for Absolut making is lower in protein but is high in starch thus, ideal for creating alcohol or turned into fermentable sugars.

The fermented sugars then need to be distilled for several times before it is going to be bottled and here both Grey Goose and Absolut are also using the same multicolumn distillation, separated into several different columns for each step. The first column is where the fermentation goes and used to separate the mixture from water and alcohol. The next stages of distillation are basically meant for the refining process to get a certain concentration of alcohol and removing certain components from the beverage.

Lastly, it is about taste and do note that it can be very subjective as people can get different impressions but talking about overall experience, the two are quite similar, probably because they are made from wheat hence there is this bread-like aroma from the liquid. Taste wise in comparison you may want to drink Grey Goose simply, straight with carbonated water or a slice of lime, it is smooth but still has a kick. Absolut on the other hand matches well for lots of different mixed drinks.

Vodka is a simpler drink in general so you don’t need to spend much to get a nice bottle as there are plenty of good and safe options out there. In comparison between Grey Goose and Absolut, they are equally made from winter wheat, and have a familiar aroma but taste wise a bit different which makes the former a good option if you like to drink it straight while the latter may be better for your creativity, combining it with other ingredients.

Overall the two are good choices with Grey Goose being smoother in general if you like the beverage to be simple. But, Absolut is also a nice option and some may actually prefer this brand better so we do recommend trying both before settling with one in the future.