Do you know that there are many natural sources of caffeine out there besides coffee and tea? These beverages are indeed the most popular in most part of the world but, there are other natural caffeine sources you can try to replace your regular caffeine intake. In today Guayusa vs Yerba Mate article, we will give you more information regarding these plants and the beverage they are made into, so you can choose wisely which is more preferable for you. 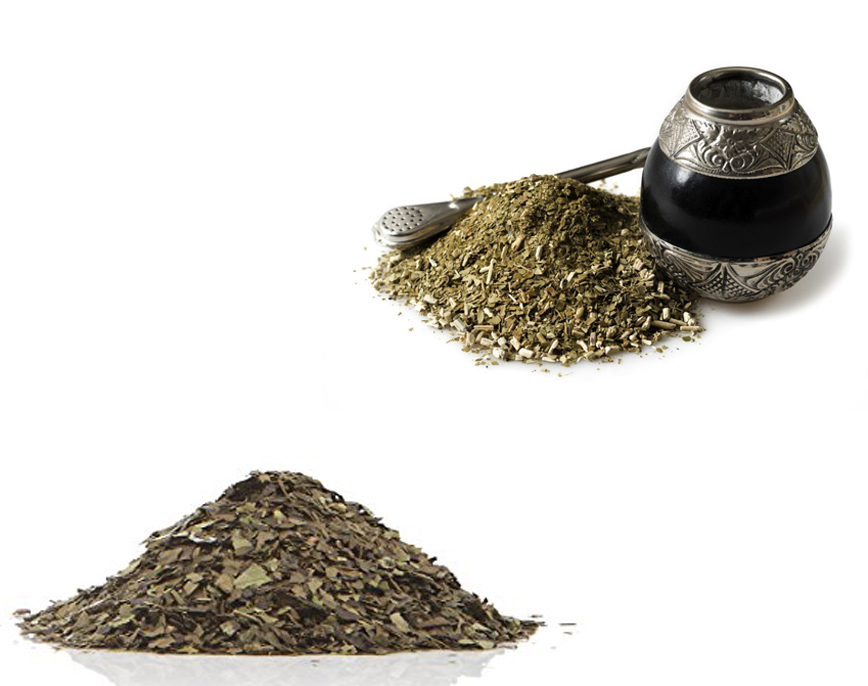 About Guayusa
For many of you, the name Guayusa is probably not that familiar to your ears. This plant is originated from Amazon Rainforest and known as one of 3 caffeinated holly trees. The shape and overall look of the leaves is somehow very similar to those bay leaves and coffee plants leaves. To enjoy the plants, you have to dried the leaves and steep it in water just like what you do with tea. It has fruit in spherical shape and red color similar to some holly plants fruits out there.

Guayusa Forms
Even though it is only popular in some countries, such as Ecuador, Peru, and Southern Colombia. In present day, you may also get in various stores or online stores that sell product from overseas. Just like tea, the most common form of guayusa is the dried leaf type, which is packed in small bag/box. Some of them even added with natural flavoring, such as mint and lemon to improve the taste. Beside the dried leaf form, there are ready to drink package in bottle also with different flavorings.

Guayusa Use
The uses of guayusa dated back more than 1500 years ago with an evidence found in a medicine man’s tomb in the Bolivian Andes, which is far beyond the natural range of the plant. Taken from Wikipedia, in 18th century, several missionaries in Ecuador, Colombia, and Peru wrote about the plant benefits, such as its digestive and stimulant properties. Richard Spruce found a grove near the town in Banos, Ecuador that was supposedly cultivated even since pre-Columbian times. 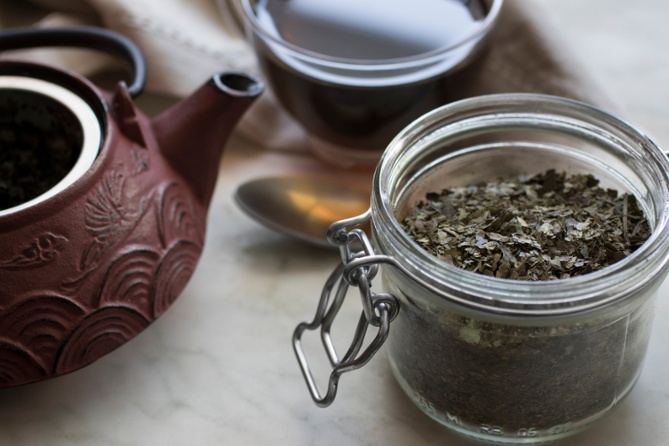 As it has been mentioned earlier, guayusa is drink in the same way like regular tea. After the leaves are harvested, it then dried to develop the flavor. This leaves is use by Jivorean people in Ecuador and Peru to drink together during pre-dawn ceremonies. People in these countries also use the beverage in preparation of artisanal alcoholic drinks.

Guayusa Benefits
There are so many benefits you can get from drinking guayusa. Similar to green tea, this beverage has high antioxidants and anti-inflammatory properties, which is useful to help soothe the stomach and improve digestion. The saponins and polyphenolic compounds in this beverage are said to be able to protect body against chronic disease as well as relieving strain in the immune system.

For the vascular system, guayusa has a unique compound called theobromine that also found in dark chocolate. This compound is linked to the integrity of the blood vessels and arteries, so it can improve your overall cardiovascular health. Unlike the popular caffeine drink like coffee, this beverage doesn’t stain your teeth and due to its antioxidants, it can improve your oral health.

About Yerba Mate
Yerba Mate is another popular drink to replace coffee and tea. Not only it is the natural source of caffeine, it also said to be healthier than coffee. The plant is grown and processed in South America especially in Northern Argentina, Uruguay, Paraguay, and Southern Brazil. Just like a tea, the ones that being consumed is the steeped water of the plant dried leaves. It may not as popular as coffee or tea, but it is quite well known in the United States where the beverage called as mate. 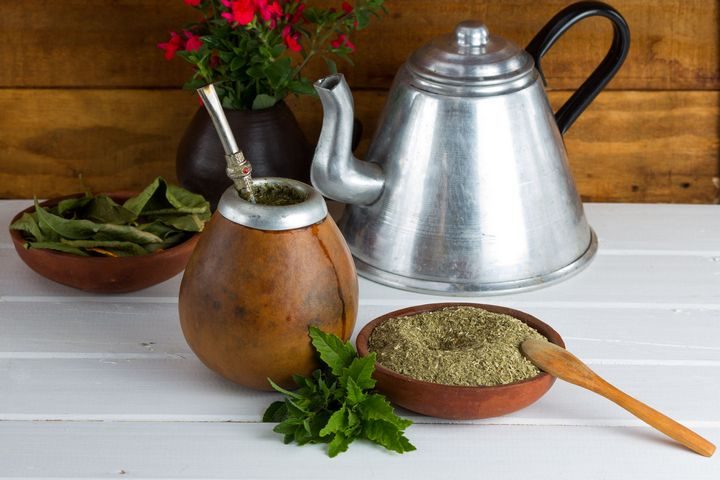 Yerba Mate Forms
Just like any beverage comes from steeped dried leaves, yerba mate also commonly available in dried leaves form that has different packages and brands. If you prefer the easy way, you can pick the ready to drink versions that mostly available in can or bottle packaging. Unlike the loose leave where there are no additional ingredients added, the ready to drink version is added with various other ingredients to improve the drink taste like sweetener and natural flavorings. Read also: Matcha vs Yerba Mate here.

Yerba Mate Use
There are no clear information when exactly people start drinking this beverage but today the practice is widely spread in central and southern regions of South America. It is traditionally drink by steeping it in hot/cool water with or without sugar. In social practice inside those countries, yerba mate is drank in a hollow gourd with a metal straw and the process goes with refilling and passing to the next person after finishing a few mouthfuls of the beverage. The taste of this beverage is similar to some types of green tea, infusion of vegetables, herbs or grass.

Yerba Mate Benefits
Beside the caffeine that make you stay alert for an amount of time, yerba mate also has other benefits. It is rich in antioxidants, such as Xanthines, caffeoyl derivatives, saponins, and polyphenols. These antioxidants has anti-inflammatory and cholesterol lowering properties as well as reducing the risk of many disease. The beverage also protect you against infections from bacteria, parasites and fungi. An animal studies shows that this beverage is also able to reduce appetite and increase metabolism that can lead to weight loss.

Comparison
Now, let’s compare guayusa with yerba mate. The main reason why people drink these beverages is probably for the caffeine especially for those who can’t take coffee or don’t want to get the crash effect. Their differences are yerba mate has more caffeine and theophylline while at the other hand guayusa has lesser caffeine and has L-theanine. Theophylline is used to relax airway muscle while L-theanine is used to reduce and relaxes stress.

Conclusion
All in all, the decision is all yours to make. In our opinion, both of them are more similar than different. They have less caffeine than coffee by average even though caffeine in coffee is decided by many factors. You may choose which one is more convenient for you or took your interest the best. However, it is best to try both of them and see yourself which is more beneficial for you or at least taste better.