Guinness is one of the most well-known brands of beer that originated in Dublin, Ireland. In this article, we will discuss the comparison between two dark beers from the company that look quite similar to each other, which are Guinness Extra Stout vs Draught. The two have significant differences in terms of aroma, flavor, and alcohol content. 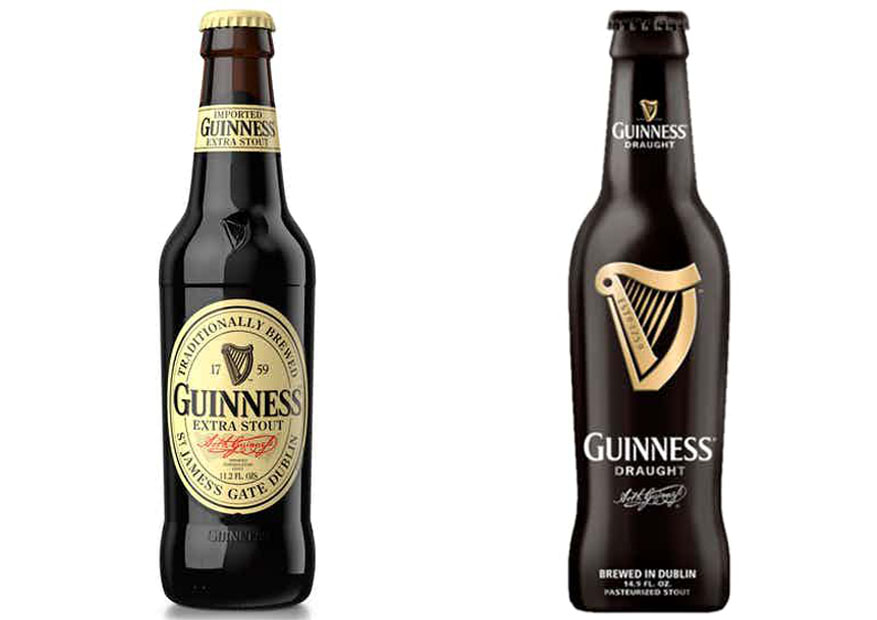 Guinness Extra Stout is a very different drink than Guinness Draught. It is bubbly due to the carbonation, whereas the Draught is not. Guinness says that the Extra Stout is brewed from the finest quality malt, Irish barley, and hops. The classic recipe remains unchanged throughout the years, but the packaging has a rich history with various bottle styles and labels.

On the other hand, Guinness Draught is not the most well-known and famous drink from the company. It is widely available in pubs, but it is also purchasable in cans. When you order for a Guinness, this is the one that is served. The iconic pint has an instantly recognizable ruby red hue and velvet-smooth texture.

Guinness Draught was developed in 1959 to celebrate Arthur Guinness’s singing of his 9,000-year lease. It is skillfully crafted with a delicate pairing of carbon dioxide and nitrogen gas. Since the release, it has quickly established itself as a best-selling Guinness beer. There are also special detailed steps for pouring an impeccable pint of it, from the tilt of the glass, to the surge, to the settle. 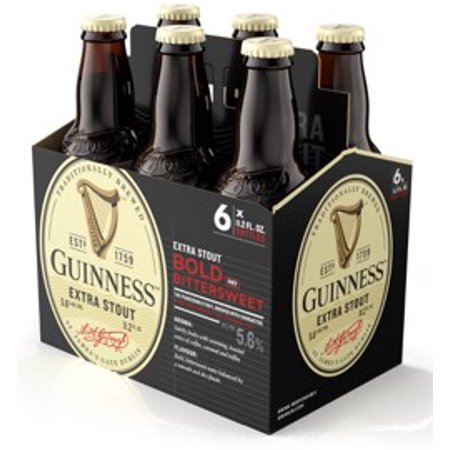 Appearance
In a glance, Guinness Extra Stout vs Draught may look similar. Both are dark colored liquids. Both beers have creamy top surfaces, too. However, there are some noticeable distinctions between them.

Guinness Extra Stout is really dark.It is a rich dark liquid that is bubbly due to the carbonized content. Although the bubbles are not really visible from the top, as your view is blocked by the frothy head, you can see them from the side of your glass.

Guinness Draught is distinctively dark, but it is more of a dark red ruby color rather than black. It is not bubbly, even though it contains carbon dioxide and nitrogen gas. Instead, it creates a distinctive stormy surge when poured. It has a smooth, velvety texture created by the combination. It also has a rich creamy head.

Guinness Extra Stout has a smooth opening with a slight bite that comes from the carbonization. The combination creates a tingling impact. Afterwards, you will enjoy a bittersweet body that leads to a dry finish. The overall profile is a little stronger and bitterer than the Draught.

On the other hand, Guinness Draught has a smooth and creamy opening. The white head sits flush on the top of the dark beer to add a pleasant velvety texture. It has an inherent sweetness that counters its own bitterness, as the malt arrives to complement the roasted barley base.As the effect, the overall profile has a very nice perfectly balanced harmony. 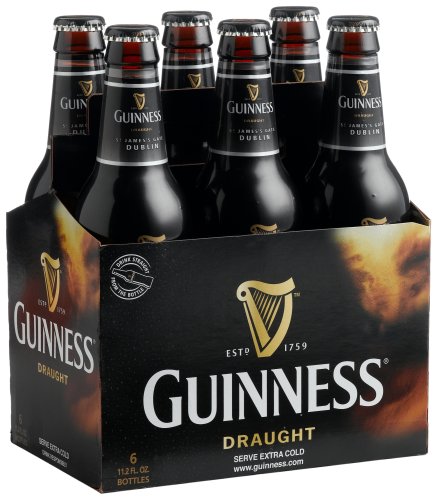 Aroma and Flavor
Guinness Extra Stout has a strong aroma. It has a distinctive roast character that features subtle fruity notes from the fermentation. Meanwhile, the flavor is full-bodied. It has a rich palate of roast and fruity character. However, not all people can appreciate the full-bodied palate. Compared to the Draught, it may taste bitterer.

Guinness Draught features a very nice aroma. It smells sweet, but you can also notice hints of coffee and malt in the scent. The combination is very pleasant.

The flavor is also complex, but it is much more enjoyable than the Extra Stout for many people. It is described by the company to have “a perfect balance of sweet and bitter” – you will enjoy how the sweetness of the malt blends with the bitter roasted barley. It is not as bitter as the Extra Stout, and the punch is not as strong, so you can take sip after sip and savor the richness.

Alcohol Content
When choosing between Guinness Extra Stout and Guinness Draught, keep in mind that they have different alcohol levels. Interestingly, the amounts of alcohol may differ from country to country; this is apparently a way of the company to meet regulatory compliance in every country and also to adjust to the particular climate in the area.

Conclusion
Guinness Extra Stout is nice if you prefer strong beer with high alcohol content. However, Guinness Draught is generally more recommended if you are not sure which beer to choose. Guinness Draught has a more enjoyable flavor, as the sweetness and bitterness combine nicely to balance each other. Guinness Draught is also less likely to cause drunkenness and hangover.