We have many good Vodkas to try, such as Ketel One Vs Stoli. These brands are no strangers anymore, and they have many people dubbing them as the best budget choices. They taste good but not identical, probably because they are not from the same ingredients as well. If you want to know more about these grain spirits, let’s see what to expect here. 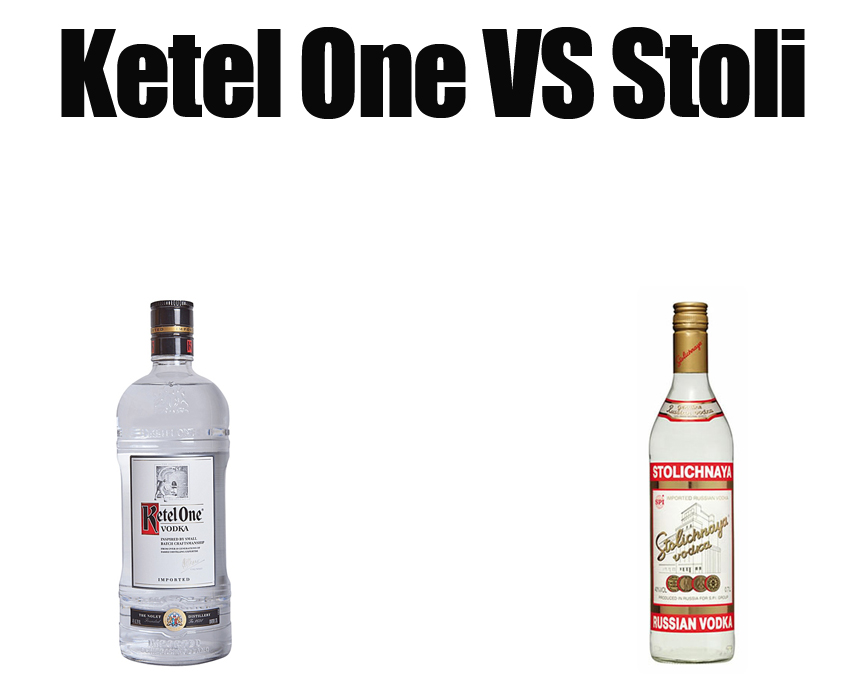 Vodka History in the US

Strangely, a clear, pure grain spirit that lacks taste like Vodka is becoming the world’s most popular spirit. In the US, it has long been popular even though it is not without ups and downs, knowing the relationship with Russia is always not in a good term. People were reluctant to drink it back then, but alcohol is just alcohol. Nowadays, Vodka is made in various countries and usually comes from large companies. It also becomes a staple in bars worldwide to create their customer’s favorite drinks.

In the US, the popularity of Vodka starts with Smirnoff. The production of Smirnoff stopped throughout WW2, but marketing started again in 1946. The promotion begins with Moscow Mule with the help of Polaroid cameras. John G. Martin is the man who is credited with popularizing the drink in the US because he used to snap two photos of one of the bartender’s wife and the other is for a different bar in the area. Moscow Mule has become famous in the country that the consumption of alcohol increase, especially for Vodka.

Vodka or Smirnoff continued to gain popularity, especially after the Joan Crawford party in 1947, where they only served champagne and Vodka. Smirnoff continued to make Vodka and dominated the market until the 1970s. The Cold War affected the market with sentiment against Russia, but Smirnoff’s marketing strategy was beautiful. They held a campaign that included British or American celebrities such as in James Bond films. The campaign helped people separate Vodka and Russia that even the most patriotic citizen could order and drink one without worry.

About Ketel One and Stoli

Nowadays, Vodka is not identic to Russia as it has become a global trend. Brands like Smirnoff continues to dominate the market, now globally, and there is also plenty of American brand of Vodka made in the country to try, such as Deep Eddy, Tito’s, UV, and New Amsterdam. Like most products, two brands don’t make the same quality and taste. They are unique to the company’s choice of ingredients and manufacturing process. Vodka, in general, is affordable alcohol, but prices also vary.

It is never guaranteed that spending more will give you a more pleasant Vodka, but we can hope more from the top-shelf options. We think it is great to try different brands from time to time to see if we can find something cheap that tastes better than our current favorite. Some brands you may want to try are Ketel One and Stoli. These two are no strangers anymore and are still very affordable or everyone to try. 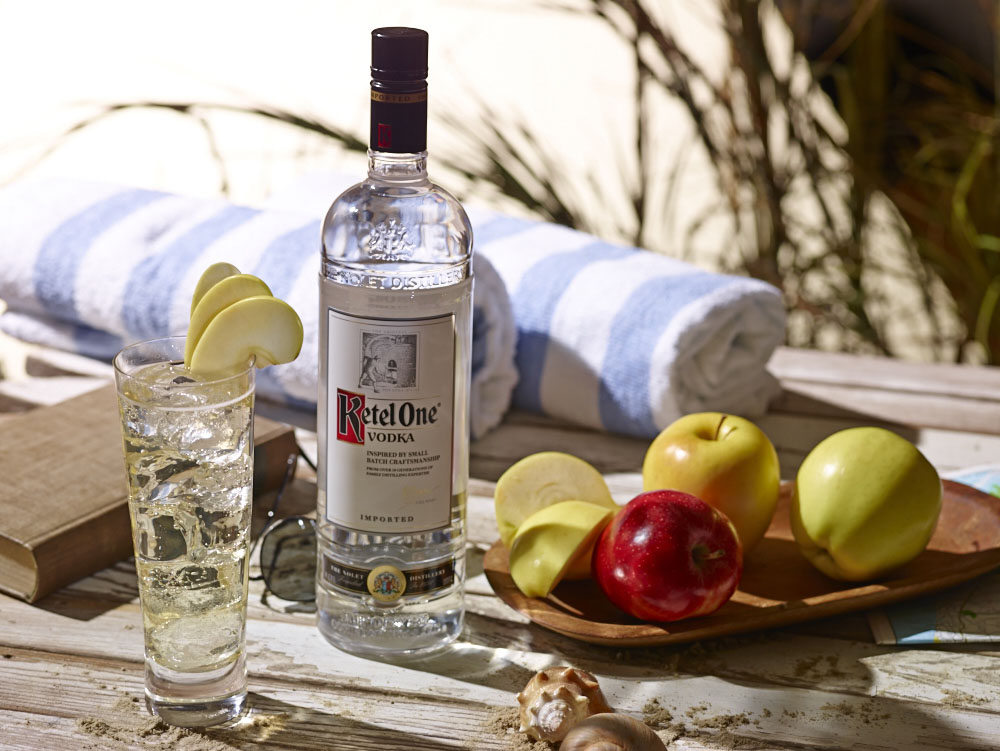 People always have preferences when it comes to their drinks. Stoli is a classic choice; it is mid-range in price just like Ketel One, not dirt cheap but not crazy expensive either. The brand reminds you of the old Soviet Union, a threat to Western countries in the past. It is not entirely made in Russia anymore because the alcohol is produced in Latvia by the Stoli-group, a Luxembourg-based company. The nostalgic memories and its solid taste make people love the brand.

On the other hand, Ketel One was made in Netherland and started operating in 1983. Today it is one of the mid-range Vodka you can buy with ease because you don’t go wrong with Ketel One. It is usually a favorite among people who prefer to sip their drink plain as it is or with ice. The main difference between Ketel One and Stoli is their ingredients and manufacturing process, affecting how the drink tastes. Read also: Ketel One Vs Smirnoff here.

Ketel One and Stoli Packaging

One thing very similar between Ketel One and Stoli is their packaging. The bottle won’t affect the taste of your product unless it is damaged, but both of them adopt the classic look. Stoli or Stolichnaya reminds you of classic brands like Smirnoff with the combination of white and red, while Ketel One has this royalty look with their choice of fonts and details. Ketel One has several flavors available, but Stoli has more in its collection.

Ketel One offers citrusy flavors, and they have unique variants that combine herb and fruits such as grapefruit and rose or cucumber and mint. Stoli makes salted caramel-flavored Vodka, which is also the first for candy lovers. It has plenty of flavors such as lime, cucumber, raspberry, orange, strawberry, vanilla, blueberry, and peach. You can find some very unique flavors like Stoli Hot and gluten-free. The gluten-free variant is made of corn instead of wheat, which is more reassuring.

Ketel One and Stoli Ingredient

Like most drinks or foods, the ingredients will affect the taste, which happens with Vodka, including Ketel One and Stoli. These two are very popular wheat-based Vodkas which means the main ingredient is not gluten-free. But, worry not because the distillation process removes the gluten from them. What to note is the additional flavorings that may contain glutens. Stoli is made of wheat and rye-like bread except gluten-free, which uses corn. The wheat itself comes from Tambov, Russia.

On the other hand, Ketel One is a pure wheat Vodka. The wheat is growing in Europe, but we don’t know the specific growing region, so chances are they come from several different places. They ensure that the wheat is naturally cropped or without using GMO chemicals. It is also winter wheat usually planted during fall and harvested during summer.

Ketel One and Stoli Process

While the wheat is coming from Russia, the production of Stoli Vodka is happening in Latvia. Stolichnaya is made from winter and spring wheat mash distilled three times, so it removes the harsher head and weak part of the batch. They use primarily modern distillation steps that allow for three distillation steps and four filtrations. The claimed smooth spirit is the result of this process. The filtration step uses birch and quartz sand, then mixed with artesian water. 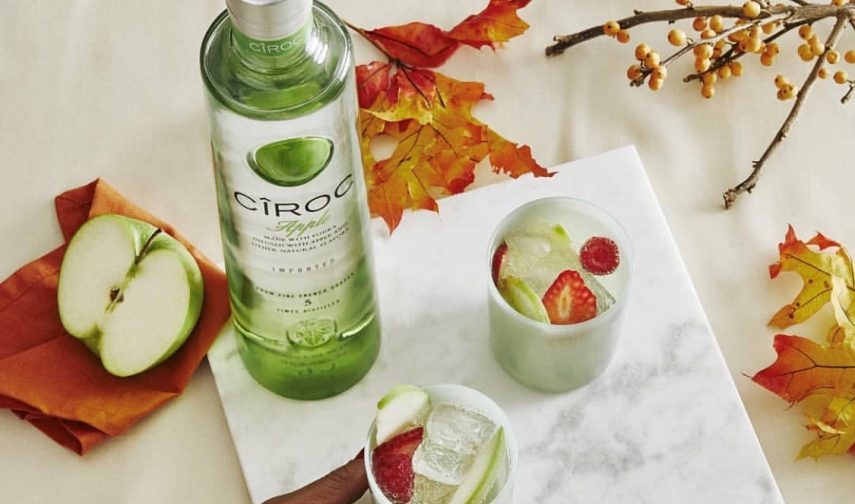 Now let’s move to the Ketel One. The first step is using column distillation, where the wheat mesh with water is fermented and distilled to create UWS or ultra-wheat spirit. This process results in very high purity of grain spirit. The second step is where the Ketel One signature “Ketel” name comes from because they use the 19th-century copper pot. There are ten copper pot stills to purify some part of the UWS.

The process is more traditional because workers need to hand stoke it and seal it with wheat paste. This step lasts for 8 hours and requires constant monitoring every 20 minutes. This process aims to remove the harsh head and weak tail from the spirit, leaving the purest heart. Both results from these distillations methods are filtered again and mixed by Master Pot Still Batch. This process will achieve the premium quality spirit even before bottling. The last step is mixing the UWS with Master Pot Still Batch and water.

Ketel One and Stoli Taste

Lastly, let’s see and compare what Ketel One and Stoli Vodka taste like. Starting with Stoli, this spirit is crystal clear and has a bit of sweetness on the aroma, with some citrus and mineral notes. The liquid is a solid sip with a medium body. It is aromatic with citrus and rind taste after a while. What’s surprising is the aftertaste which is clean and slightly sweet, that some people often call it like eating pastry. It is very popular as a mixer, but we love it on ice or cold.

Ketel One aroma’s is sweet and citrusy. Some people call it reminds them of a cleanroom because of the hit of lemon. The entry is mainly smooth, but we get a bit of burn; thankfully, it is mild and still pleasant. The taste is aromatic with black pepper and citrus again. The finish is crisp and clean, lean towards the dry taste, and not sweet like Stoli.

Ketel One Vs Stoli

Both Ketel One and Stoli are good options for the budget. They are a safe choice if you are unsure about which to spend on. The ingredients are similar since they are made of wheat, but the flavor profile differs. The aroma is similar or clean and citrusy like most Vodkas, but Stoli is sweeter than Ketel One. This taste profile makes great straight drinking, on ice, or as a mixer. The aftertaste is pleasant if you love sweet Vodka. Ketel One is dryer, especially with the black pepper notes.

There are plenty of good Vodka options, and some of them are Ketel One and Stoli. We recommend Ketel One if you prefer dryer and crisper Vodka, but if you like something sweeter for a mixer or on ice, we also highly recommend trying Stoli.