Fruit flavored beverage is very popular since hundreds of years ago or even longer than that and until today, you can find so many soft drink coming in fruit flavors. Some of them are coming in powder form and some in ready to drink compartments. In today Kool Aid vs Soda article, we are going to give you information regarding these two popular soft drinks about their ingredients and if there is any, how they are separated from each other. If you are interested, go check it below. 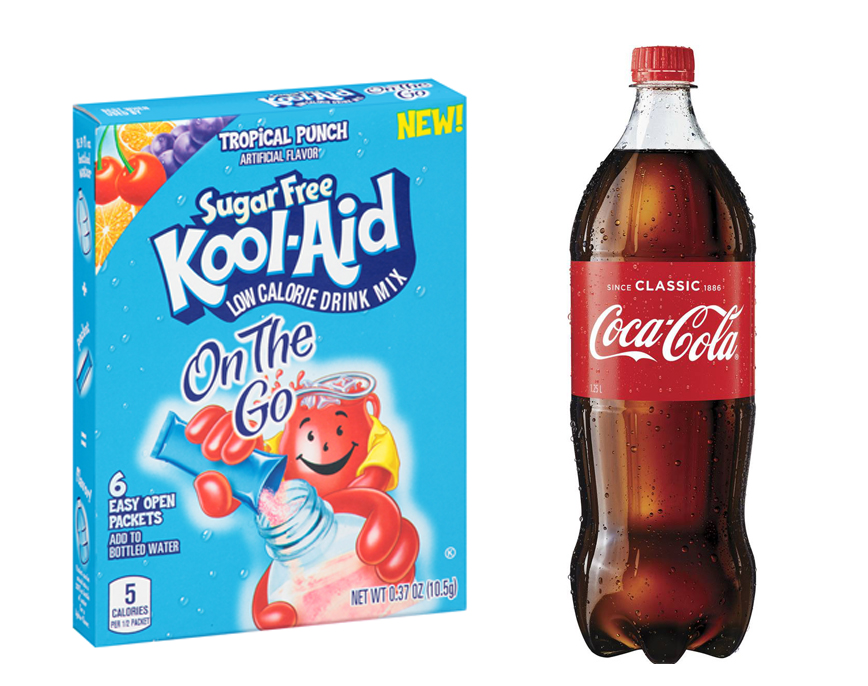 About Kool-Aid
For those who live in the US, we are sure you ever have a taste of Kool-Aid. This popular powdered beverage has been around since long ago starting in 1927 based on a liquid concentrate called Fruit Smack and created by Edwin Perkins. He sold the beverage to General Foods in 1953 and when it merged with Kraft not long after, now the brand is owned by them. Originated in Hastings, Nebraska, the city even has a special day to celebrate the fame and it is also known as their town’s official soft drink.

Kool-Aid is initially sold in powder form in a small package that can be mixed water and if you want there is some unsweetened variants to choose. Most people drank the beverage with ice or refrigerated and served chill. Beside the powder form, you can get them in ready to drink bottle to ease people consuming the beverage. Read our previous article on Arctic Zero vs Halo Top here.

Kool-Aid Calories
The calorie and ingredients in Kool-Aid are depend on the variants you choose. As an example, we are using the On the Go variant and this one has 5 calories per serving, zero carbohydrates, zero fat with 10% vitamin C and 1% sodium made with artificial color and artificial flavor.

About Soda
Another popular soft drink is Soda, which may come in so many variants, flavors and brands from those worldwide brand like Coca Cola to some beverage made in small home manufacturing facilities available locally. Even though they are vary widely, the main ingredients of soda is still consisting of carbonated water with sweetener and some artificial flavoring as well as coloring. This beverage are the friend and enemy to many people because despite the refreshing taste, they are typically packed with sugar which is of course bad for our body.

While recipes may differ from brand to brand, taken from healthline, soda are mainly made with carbonated water; sweeteners which is commonly artificial like aspartame, saccharin or sucralose; acids like malic, phosphoric acid and citric acid that linked to tooth enamel erosion; artificial colors; artificial flavoring; preservative; and caffeine.

Soda Calories
As an example, we are using Coca Cola. In each 355 ml serving of this beverage contains 140 calories, 13% carbohydrate, and 2% sodium with no other benefit. Some zero or diet soda variant will offer zero calories if you prefer and this variant is actually quite popular between people who are currently watching their weight or dieting.

Comparison
Now, let’s compare Kool-Aid with Soda. As you can see, Kool-Aid has lesser calories than typical soda. It is also enriched with vitamin C, so at least it has little benefit for your body unlike soda that only offer fresh feeling. Another difference is just like its name, Soda is made with carbonated water to give that fizzy effect while Kool-Aid is not which is why, it is less refreshing when not cold.

Conclusion
All in all, the decision is all yours to make. In our opinion, both of them are equally refreshing when drank cold but if you are asking which one is healthier, we will go with Kool-Aid because it has less calories and lack of acids that may harm your teeth enamel.