Lemon is a popular fruit used by human to make food and drinks. People love lemon distinctive flavor and acidity. Drinking a cold lemonade in a hot weather is a nice and refreshing experience. Lemon flavor also adopted in many different product start from beverages and lots kind of food. Because of their sourness, lemon is not common to be consumed directly. People made lemon juice and lemon extract to include them in their food. But how is lemon juice and lemon extract different, here is some information on both of them. 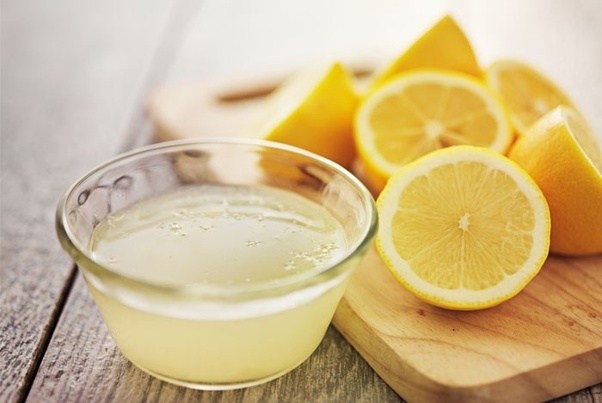 Lemon Juice
Lemon is a species of evergreen tree rom the flowering plant family Rutaceae, and is native to Asia. The tree’s fruit which is yellow in color, is commonly used for culinary and non-culinary purposes all around the world. People usually takes its juice which has both the culinary purpose and cleaning purpose. The pulp and the zest is commonly used in baking. The juice of lemon contains about 5% to 6% citric acid, with a PH around 2.2 which caused the sour taste. This strong sour taste of lemon juice is being the key ingredients of various drinks and food such as, lemonade and lemon meringue pie. The origin of lemon itself is not yet determined, but science suggests that lemon might come from northwestern India, where they have been grown for more than 2.600 years. Traders from Arab then brought the lemons to the Middle East and Africa around 200 C.E. A few centuries later lemon began cultivated in Egypt and in summer at the southern portion of Mesopotamia.

In ancient time lemon was not cultivated to be consumed but used as an ornamental plant (like tomatoes), until 10th century. Lemon then introduced by the Arabs into Spain in the 11th century and by the 1150, lemon was widely cultivated in the Mediterranean. Crusaders from Palestine then brought it all across Europe. Lemon began treated as flavoring and used in cooking when in the 1800 the plant is grown is Florida. The word lemon itself comes from Middle English word limon. Limon is an old French derives from the Italian limone, which dates back to the Arabic laymun or limun, from Persian worn limun. Due to a killer freeze in the winter of 1894-1895, commercial lemon culture in Florida ceased. The planting of lemon was resumed in 1953, but at that time the demand for fresh lemon is low, however the demand for frozen lemon concentrate and cold-press lemon oil is high. Today lemon have approximately 200 cultivars that can be found in the US. Some of them are good for lemon oil, and some are good for lemon juice. Some cultivars also more vigorous to disease, some are more productive, some have fewer seeds, some are better in a humid climates, and some are better in a colder climates. 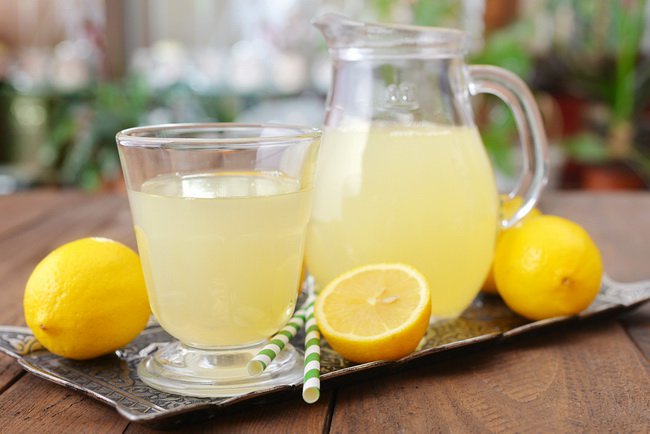 Lemon juice are the liquid which come from lemon flesh. Lemon juice are used to make lemonade, soft drink, and cocktails. It also can be used to marinate fish, because the acids can neutralize amines in fish by converting them into nonvolatile ammonium salts, and to marinate meat where the acids partially hydrolyzed collagen fibers, making the meat more tender. But the low PH in lemons may denatures the protein, which may result in drying the meat when cooked. In United Kingdom, lemon juice is often add to the pancakes. Lemon juice can also be used as a short term preservative on certain foods which in the end tend to oxidize and turn the meat brown after being sliced, such as apples, bananas, and avocados, where the acids denatures the enzymes.

Lemon Extract
Lemon extract is created by soaking the lemon peel in an alcohol, commonly ethyl alcohol to infuse the alcohol with essential oils from the peel. The alcohol the distilled to end up in a light yellow liquid which contains about 77% alcohol. To make lemon extract here is some instructions. First, wash the lemon and pat dry them completely. Second, peel the skin using a vegetable peeler, cut thin slivers of the yellow skin in long ribbons. But make sure not to peel the white part, only cut the yellow part. Third, place peels in a jar and cover with vodka. Shake well. Fourth, place in dark cabinet for 4-6 weeks. Shake every few days for the first week, then shake occasionally after that. The last, when the liquid had reached the intensity you want, strain the peels and pour the extract in a clean jar. Then you can store it in a cabinet or at the fridge. 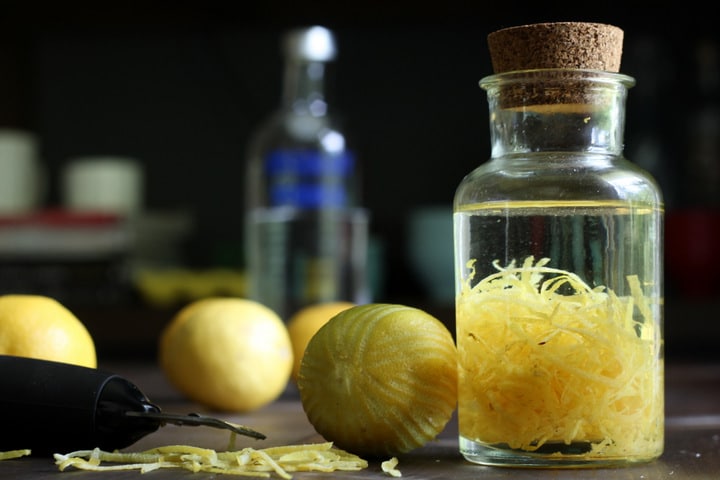