Unlike many other alcoholic beverages, wine is consumed because of the delicious taste and what’s even more unique, they vary greatly depending on the ingredient or grape being used as well such as the difference between Malbec Vs Merlot that belong to red wine type. These red wines may look the same and while it is easy to mistake them for each other, the two are not exactly identical. For those who wonder which of them sounds and seems more delicious, do check our comparison below. 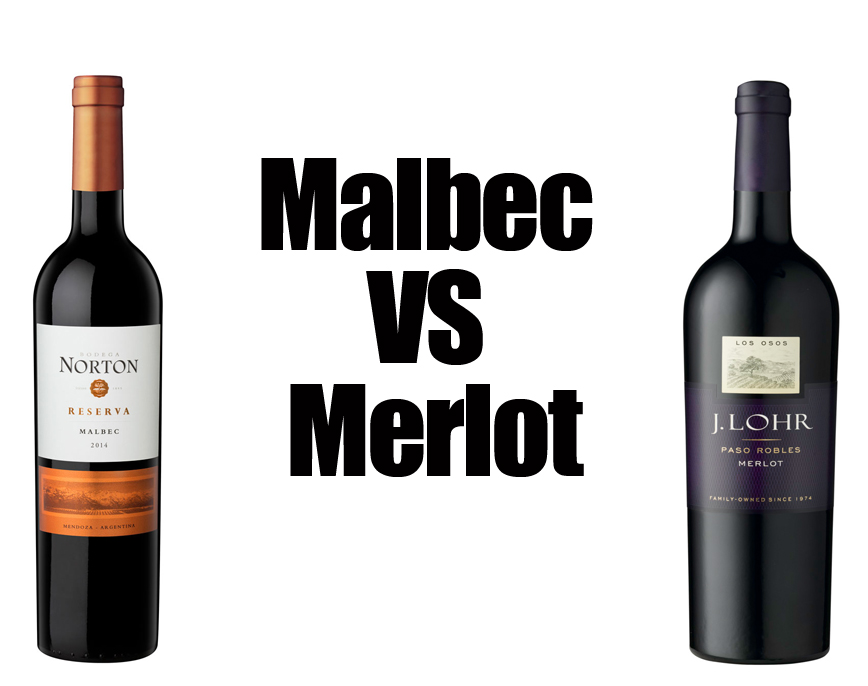 Alcoholic beverages have been around and been consumed by human kind for a long time that we still can’t point out when exactly it begins but at some point during our ancestors era, they discover that fermentation processes exist and resulting in beverages that cause the drinker to be tipsy. It is still unknown what motivates them to create such a beverage but chances are it was accidental. Due to the effect and even taste, we are still consuming or even enjoying them today and probably for the foreseeable future as well.

Wine is one of the oldest and probably one of the most popular alcoholic beverages we often have in modern day. When it comes to which you like better whether it is between Vodka and Whiskey or between Red Wine Vs White Wine, it all depends on what sits best in your palate as there is no best liquor or alcohol in general besides qualities that set them apart from each other. What’s unique for wine is, the beverage is also often related to health benefits which is rare for alcoholic beverages.

As it has been drunk and available among many cultures, the beverage is well documented including for the benefit as well which is of course when you are consuming them moderately. The most famous benefits of drinking wine is due to its antioxidant or the compound that prevents cellular damage caused by inflammation and oxidative stress caused by imbalance antioxidants and free radicals which are going to affect your body by damaging the cells. Grape is rich in polyphenol or a type of antioxidant.

This compound is also studied and shown to reduce oxidative stress and inflammation but, in comparison between red and white wine, because red wine grapes are higher in antioxidants than the white varieties, choosing the dark purple/red liquid over the clear, golden one may increase your blood antioxidants level to a greater amount. There is a study about it where 40 adults who consume 400ml of red wine in 2-week daily have increased antioxidant status.

Another compound in wine called resveratrol is also found to have anti-inflammatory properties which may benefit your health. Inflammatory is known to increase the risk of heart disease or autoimmune disorder and even certain cancer. Studies have found that moderate consumption of wine was linked to a reduced inflammatory response yet, there are also studies that conclude wine to have less dramatic effects and thus, more need to be done in order to say with high certainty that the beverage is actually beneficial. 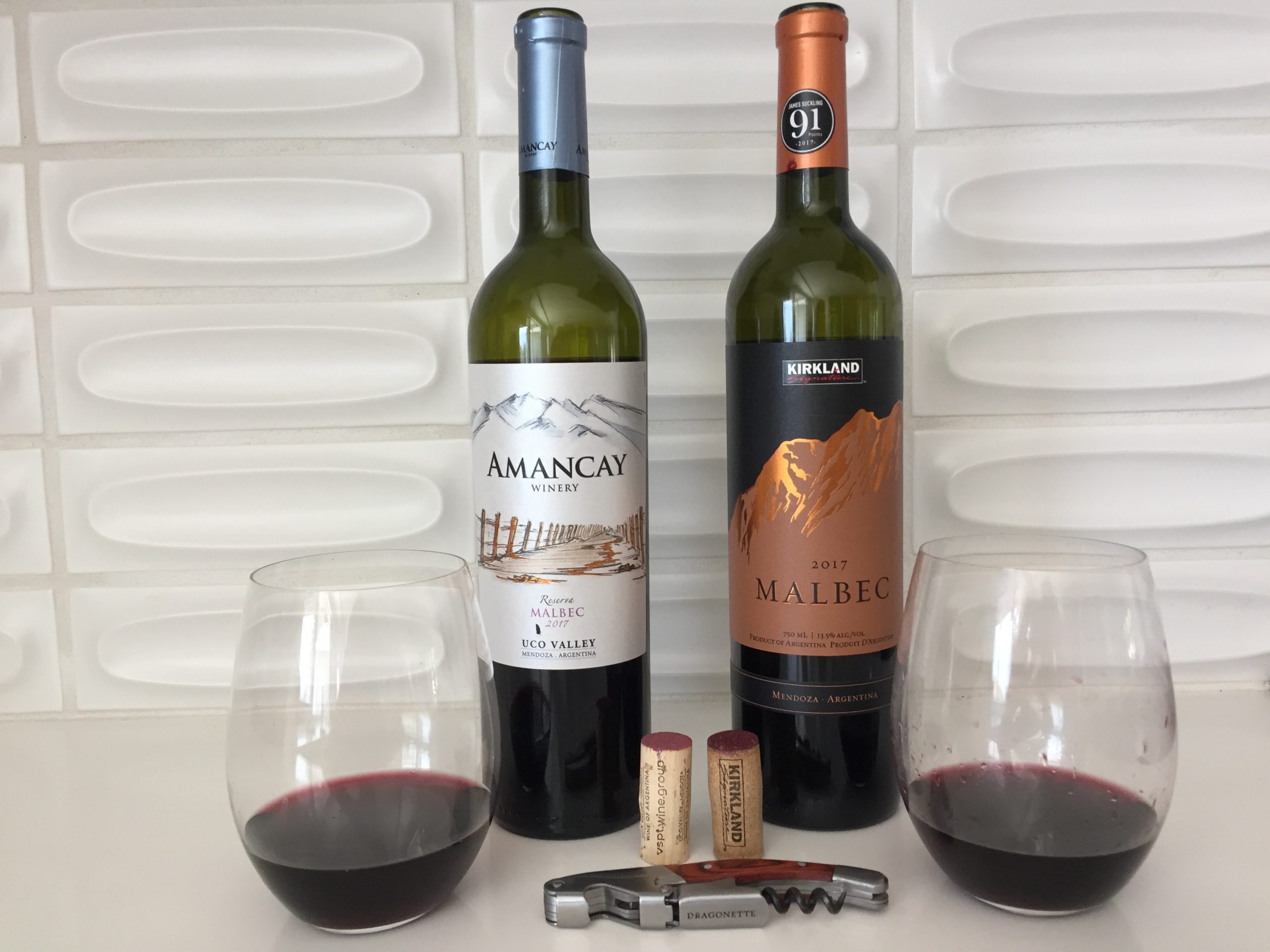 About Malbec and Merlot

However, we also believe that most people are not drinking wine for its benefit and more for other reasons just like similar alcoholic beverages. Wine is the drink of society, it is fancy whether you are drinking it at home with friends, family, or alone and out there in high-end restaurants when dining out. It is not surprising but the beverage seems to help people relax or lose their inhibitions and compels them to converse more which is why they are great for social occasions.

Of course the other reason being how delicious this beverage is and it is pleasant to drink them just like any other tasty beverage both alcoholic or not yet, what’s even better is they are not identical to each other so depending on the ingredient or grapes being used as well as process, you can find them uniquely fit your palate the most or weirdly dislike them altogether. When it comes to which taste better we will leave it to your judge as it varies greatly among drinkers.

But, usually we can get an idea on how they will taste based on the grape type and among so many you can try out there, Malbec and Merlot are two of the most popular red wine variants to enjoy. In general, it is far easier to tell and to choose between the red and white variant but even for those who enjoy red wine in particular, we are sure there are still many of us who can’t distinguish or tell the difference between one type of wine to the other, especially when they look the same as well.

As you may already know, what decides the name of your wine is the grape itself and Malbec is a purple grape variety which is very common in red wine making. The fruit in its natural form has a very dark color and robust tannins. Similarly, Merlot also has the same quality or has the dark blue color and can be used in both blending or for wine varieties as well. The name is coming from French language meaning blackbird, probably to refer to the color it has.

Talking about the region, Malbec is dominant growing in Cahors and after being introduced to Argentina by French agricultural engineers in 1868, the grape is now widely planted in the country. What’s making it unique is that the grapes from this region produce softer and less tannic-driven wine compared to those growing in Cahors. It is also growing in California to make Meritage, the Bordeaux-style wine but has no connection to the place. Besides that, the variety is being grown in Washington State, Grand Valley AVA of Colorado, the Rogue and Umpqua regions of Oregon, etc. 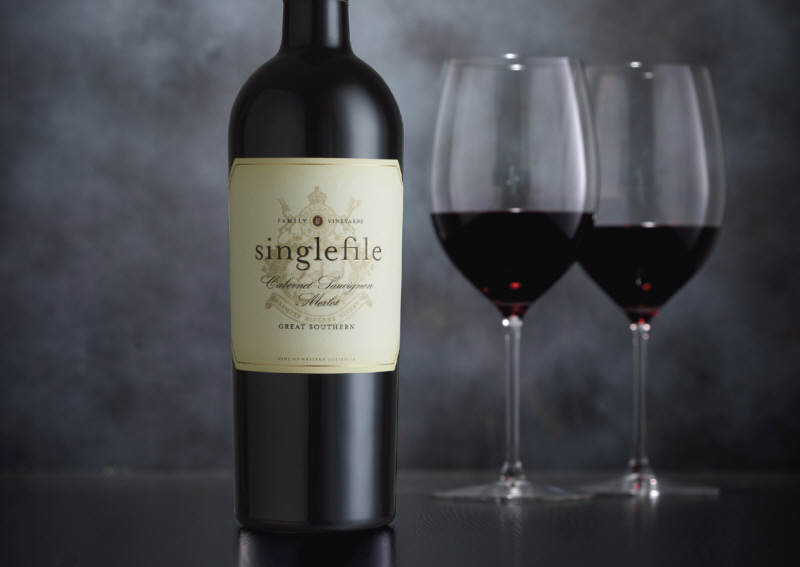 Similarly, Merlot is a very popular grape variety being grown worldwide and even more popular than the famous Cabernet Sauvignon in many regions, even in the birthplace France. In this country, almost two thirds of the world’s total planting is Merlot and outside of here, Italy is also where you can find lots of planting of Merlot. In addition, this variety is the second most planted grape in Israel after Cabernet Sauvignon with around 2,500 acres in cultivation which makes it a New-World style wine outside the common region where the beverages usually come from.

Being both red wine varieties, it is indeed quite difficult to tell them apart for the common people who are not often or have specific interest in their wine. Physically, it is difficult to tell which glass is filled with Malbec and which is Merlot because the two are falling into the same category of medium body wine, similar to Syrah and Cabernet Sauvignon. In the glass they will have a rather dark purple color which indicates the tannin content and also typically higher in alcohol that can range from 13% to around 14% and higher.

Malbec and Merlot Taste and Flavors

For the taste itself, Malbec and Merlot are quite different however. Malbec is known for being dry, full bodied and has a rich, dark fruit nose and flavors such as red plum and blackberry. In general they are juicy and have a taste like fruit jam with notes of vanilla, tobacco, oak, as well as dark chocolate. It has a medium acid and moderate levels of tannins. For those growing in Argentina, being in high-altitude the wine has red fruit flavors like cherry and raspberry with a more floral notes while French Malbec has an earthy flavor.

For Merlot, since the grape is grown almost everywhere around the world, the range of flavors and characteristics also vary. But, typically it is also dry, has a medium body, and medium acidity with soft tannins. The classic Merlot will often show up with cocoa and cherry nose as well as gives herbs and spice notes while dark fruits like cherry, plum, and blackberry are dominating the flavors. Grapes that are growing in cool climates like Bordeaux and Northern Italy will have tobacco, bay leaf, violet or earth nuance.

On the other hand grapes that are growing in the warmer climate such as California and Australia are more often giving fruity notes with aroma like leafy green, chocolate, and rich baking spice such as clove and vanilla.

The last part we want to talk about is for food pairing because wine goes hand in hand with food pairing, making it a great experience. For Malbec, they are best drunk with smoky and spice-rubbed red meat such as sirloin steak, braised pork, or even blue cheese while vegans may want to enjoy some grilled Portobello mushroom with their wine. Similarly Merlot also pairs well with meat either white or red meat such as braised chicken thighs or pork loin. The heavier Merlot can go well with lamb or flavorful beef dishes.

From the appearance alone, it is difficult to separate Malbec and Merlot because they are equally medium bodied wines and have very similar color as well as alcohol content. What set them apart is the taste and price because while the two originate from the same country and boast dark, juicy flavors, Merlot in general is softer than Malbec as it has less intense tannins and since Merlot is grown largely outside France, it also makes the price more affordable.

Overall these wine varieties are all tasty and a great pair if you are going to eat meat dishes as the two pair well with them. Personally we have no specific preference but for those who don’t really enjoy strong tannins, we recommend Merlot.