Mate caffeine and Coffee caffeine are often compared to each other for they are popular as a method to enhance alertness. Even though the two beverages taste very different and made from different plants, many people mainly drink them for their caffeine content to help them stay awake and more focus. However, it seems that caffeine is not their only virtue. If you want to know more about their benefit, go check our article below. 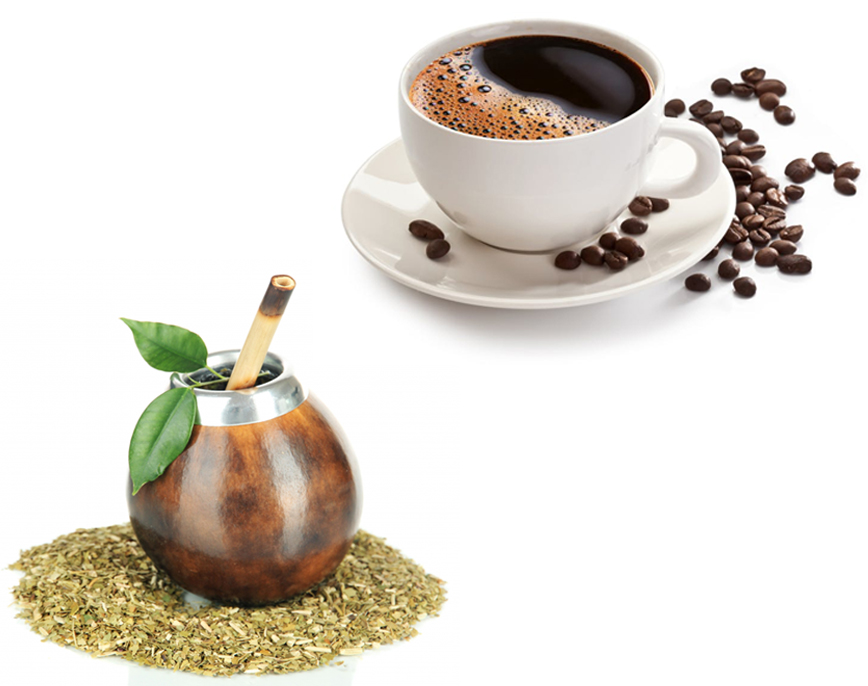 About Mate
Mate is a traditional beverage of Guarani people and is very popular in South America like in Argentina, Paraguay, Uruguay, and Southern Chile. It also travel afar and consumed by people in Syria as well as in Lebanon. Even though this beneficial drink is consumed by many people from those region, the name is still not widely known in another continent. If looked from the way this beverage is served, it shares some similarity to tea, which is served by steeping the dried leaves with hot water.

Mate is made from a plant called Ilex paraguariensisor called as erva-mate in Portuguese. This plant is commonly called as Yerba Mate and comes from the holly genus and have a berry like fruit in bright red color but the one used in the making of Mate is only the leaves. If you live where Mate is well known, you can get it easily in many stores in a box or plastic packages contains dried leaves or in a ready to drink can and bottle.

Some of them are in original flavor while some may have some flavorings. But for those who lived in different continent, you may never found it in stores but do try some online shops if you really curious about the beverage. 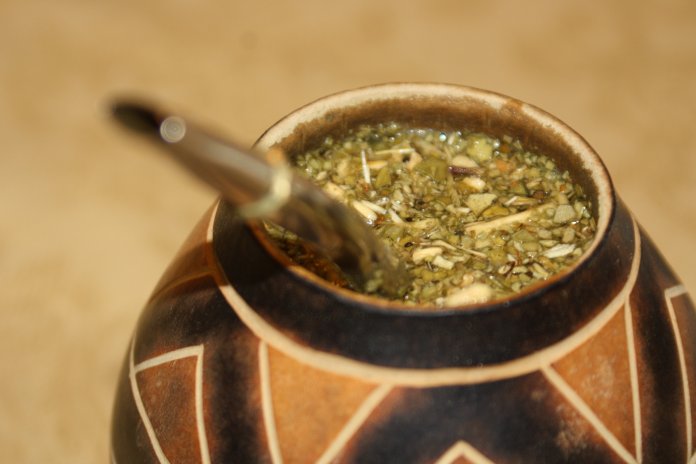 Mate Benefit
The first thing comes to you when hearing the Mate term must be the caffeine. This beverage is often drank by people who don’t prefer the taste of coffee as the substitute for coffee caffeine. A tablespoon of dried Yerba Mate leaves contains around 30 mg of caffeine, which is pretty much for a tea but it is still lower than coffee like espresso even though the exact difference will be define by what kind of beans and roasting level.

However, caffeine is not the sole reason why people drink Mate. Taken from Livestrong, drinking the beverage will help your body digestive system to function more efficiently by stimulating the bowel movements that is beneficial for chronic constipation. Another great benefit of Mate comes from the caffeine. The caffeine in the beverage may increase our focus and makes us stay alert but without the “crash” effect that usually happened when drinking coffee. This is because the caffeine content is not as much as those in coffee.

For those who want to shed those unwanted fat in their body, Mate is worth trying. This beverage have been consumed for centuries as weight loss tool and appetite suppressant by many people, which is start by the Guarani Indians in South America. A study done at The University of Lausanne in Switzerland found that people who consume Mate has shown to burn fat more than those who doesn’t. Another study also found people who consume herbal formula from Yerba Mate, guarana, and damiana did lose their weight.

About Coffee
Coffee is one of the most popular beverage in the world. This beans based beverage is amazingly famous and it is almost impossible to found people who never drink or have a taste on this dark liquid packed with caffeine. The coffee beans are originated in Ethiopia and Sudan but now you can find the plant being cultivated in most places all around the world with most of them are in equatorial regions of the America, Southeast Asia, India, and Africa. 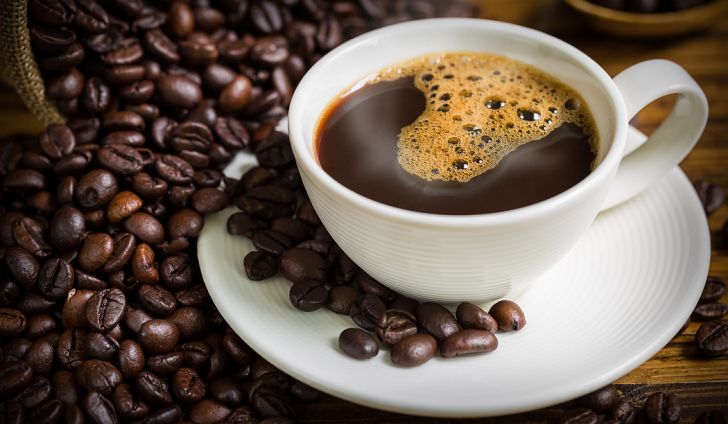 The first coffee was probably drank in 15th century in Yemen located in Southern Arabia. In present day, coffee is drank by people from all around the world and also being part of lifestyle rather than just a beverage. Coffee may come in several forms including coffee beans, pre- ground coffee, instant coffee, ready to drink coffee as well as flavored coffee. In general coffee are divided into Robusta and Arabica. Robusta are less liked for its less delicious taste but have more caffeine than sweeter and more popular Arabica.

Coffee Benefit
If the taste is not taken into consideration, Coffee are mostly drank for its caffeine content. This caffeine is what people loves from drinking Coffee. In every 100 grams of coffee there are approximately 40 mg of caffeine. But this may be much higher or lower depend on what kind of beans, roasting level as well as the brewing types. If you enjoy pour over or drip coffee, the amount of caffeine in your coffee is the highest even higher than one shot of espresso.

Caffeine in coffee help people feel less tired and boost their energy as well as making them more focus. After the caffeine is absorbed in the blood stream it will travels to your brain and block an inhibitory neurotransmitter named Adenosine. When this neurotransmitter is blocked the amount of norepinephrine and dopamine will increase that will enhanced firing of neurons.

The caffeine is also able to boost metabolic system rate by 3 to 11%, so you can shed that unwanted fat faster. However, there is a chance that the benefit will lose over long term consumption and it is only beneficial for dark coffee without sugar or additional calories. More than just a black water, coffee contains vitamins and minerals including 11% Vitamin B2, 6% Vitamin B5, 3% manganese and potassium, and 2% magnesium and niacin.

Comparison
Now, let’s compare Mate and Coffee. From the caffeine Mate contains less than 80 mg in each cup while Coffee caffeine may range from 100 to 200 per cup. From the nutrient content, Coffee and Mate contains similar vitamins and minerals, but Coffee have higher antioxidants with 1.2 to 3.5 micromoles per 100 grams while Mate only have 0.3 micromoles per 100 grams.

Conclusion
All in all, the decision is all yours to make. Both are equally healthy if consumed without additional calories and in moderate. However, in this article we will recommend Coffee for it is easier to get and contains more antioxidants than Mate.