Milo and Ovaltine are two popular chocolate flavor beverages that have been loved by many people since decades ago. These two is currently the leading brands of chocolate flavored beverages. If you love chocolate malt drink, you may want to try one of them or both. 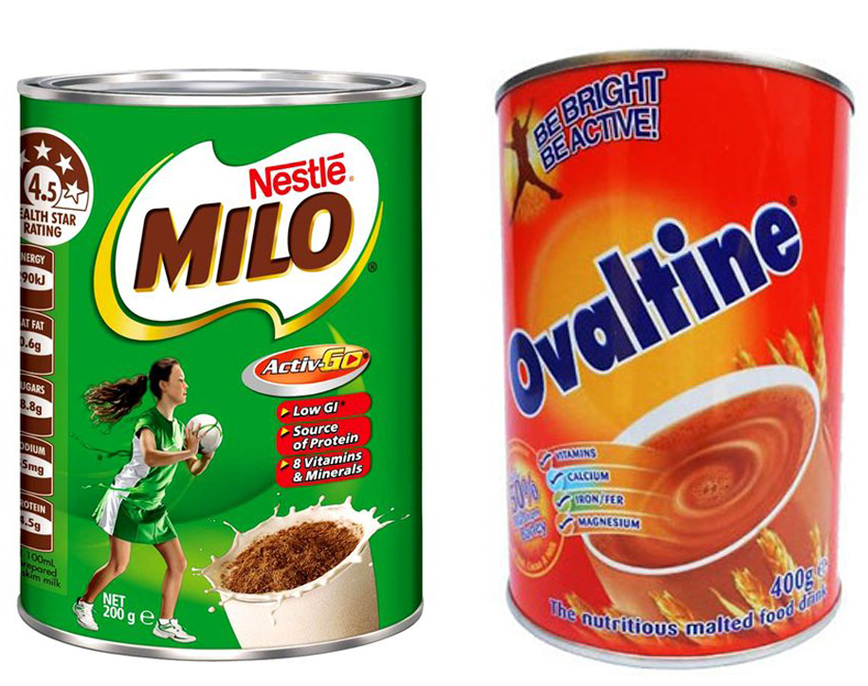 About Milo
Milo is a product by the famous Swiss transnational food and drink company Nestle. This product is a drink in chocolate flavor contains sugar and malt, which consumed by adding hot water and milk or milk only. This beverage is very famous in many countries mainly in Australia, New Zealand, Malaysia, Thailand, South Africa, and some other countries. Milo was originally developed by an Australian Industrial chemist named Thomas Mayne in Sydney back then in 1934, but now it is being sold almost in every part of the world.

When Milo first developed, it was launched at the annual show in Australia called the Sydney Royal Easter Show. Not long after, it was begun manufactured at the plant in Smithtown. The product name is actually inspired by a famous ancient athlete named Milo of Croton for his legendary strength. Milo is made by evaporating the water content from its initial thick syrup as reduced pressure.

Milo Variants
Milo is sold in its easy to notice green compartment, whether it is in thin or plastic bag in various sizes. The company often put various sporting activities in the package for it is marketed towards active people, which mostly children. In some countries the beverage also available in premix form or ready to drink in carton pack or can. They also offer another variant beside the original beverage in the form of snack bar or cereal.

In 2004 Nestle launches three new variants of Milo and calling it Milo Fuze but it is not available in all countries. Those variants are Milo Fuze 3 in 1, which is an improved version that have a better taste and aroma; Milo Fuze with cereals that contains wheat and corn to satisfy hunger; and Milo Fuze with high calcium non-fat milk to strengthen your bones. 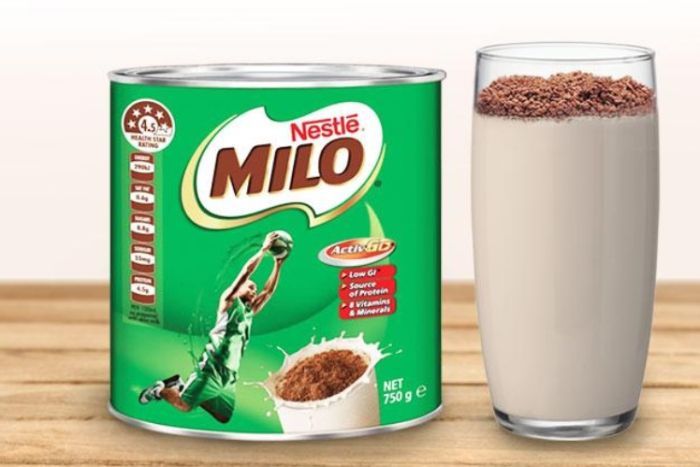 Milo Consumption
As it has been mentioned above, milo is consumed by adding a hot water and milk or milk only into the powder. However in some places, you can see people sprinkling Milo on top of ice cream or cereals. Milo is also favored beverage for Tim Tam Slam, which is using the biscuits sandwich as a straw to drink the beverage. In some Southeast Asia countries Milo is commonly drink with ice and you can get it at famous chain restaurants like KFC or McDonalds.

Since Milo is manufactured in various countries, some variants may have different ingredients and not all of them are the same. Milo is not marketed in either UK, and US but people in these countries can get it at the International section of specific groceries stores.

Milo Nutrition
Milo is made with extract of malted barley, milk solid, sugar, cocoa vegetable oil, dicalcium phosphate, magnesium, and other nutritional ingredient like a mix of various vitamins, which is why the beverage is marketed mostly towards active children since it can provide more energy for them to do their activities. The delicious chocolate flavor also love by many people aside from the benefit itself.

About Ovaltine
Ovaltine is a brand of powdered beverage manufactured by various manufacturers depends on who hold the licensees. In the United Kingdom, this beverage brand license is hold by Associated British Foods, while the United States it was owned by the famous Swiss transnational company Nestle. The Ovaltine that was made in the UK is manufactured by Wander AG, which is a subsidiary of Twinings. Before it was owned by Twinnings, the brand is own by Novartis.

Ovaltine Variants
Ovaltine is sold in its famous and easy to notice orange container. However, it also available in different packages depends on the countries where the beverage is sold. Ovaltine is very popular especially in United Kingdom, where the brand was already exist since early 1930. Ovaltine also being marketed and advertised in children radio series in the United States around the same time. In the US, Ovaltine is sold in three different variants, chocolate malt, rich chocolate, and classic malt. 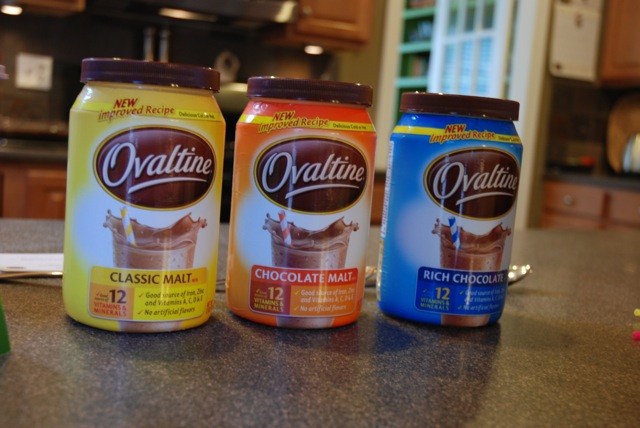 Not limited to drink, you can find Ovaltine in another forms like biscuit sandwich and spread with the name Ovomaltine. Ovaltine and Ovomaltine is the same product, but have different name because of an error in its early years when the name was accidently shorten when the product entered Britain. When you see Ovomaltine, then it means the product was manufactured in Switzerland or Belgium, since the original name is still used there.

Ovaltine Consumption
Ovaltine is prepared by adding hot water into the powder. You can drink it hot or cold depend on your taste. It is exceptionally delicious when drink as hot chocolate in the winter. Ovomaltine spread is very popular in recent years in some Southeast Asia countries and used as spread in many popular foods.

Ovaltine Nutrition
Taken from livestrong, Ovaltine (US version) doesn’t contain fat, which is great to maintain heart health since reducing saturated fat may help reducing cardiovascular disease or Type-2 diabetes. It also contain vitamin B Complex to convert food into energy and control appetite, mood, sleep, and muscle metabolism. With calcium and Vitamin D in its ingredients, consuming Ovaltine regularly will help you strengthen your bones. Since it also contain iron, the beverage will be beneficial for delivering oxygen throughout the body and help produce hemoglobin.

Comparison
Now, let’s compare Milo with Ovaltine. Both beverages are delicious depend on the drinkers taste and preferences. Their ingredients also may differ from country to another, so it is hard to pick one. So in this example we are going to take Milo, which manufactured in Australia and Ovaltine, which is manufactured for US market.

If we use both sample, we will know the basic difference between both products. The main difference is Milo contain fat while Ovaltine is not. Looking from their nutrition content Ovaltine is more concentrated than Milo, since the recommended serving size is much smaller than Milo.

Conclusion
All in all, the decision is all yours to make. Both brands are equally delicious and nutritious. However, for better heart health we will recommend you Ovaltine that was made for US market.