When spring and summer comes, it is the right time to enjoy many fresh drinks to lighten up your days and to cool down your body from the heat outside. If you are fond of lighter alcoholic beverages, you may already have some recipes under your sleeves. In today Mojito vs Caipirinha article, we are going to give you information regarding these two similarly fresh drinks, you may want to try next time. If one/both of them took your interest, go check our article below. 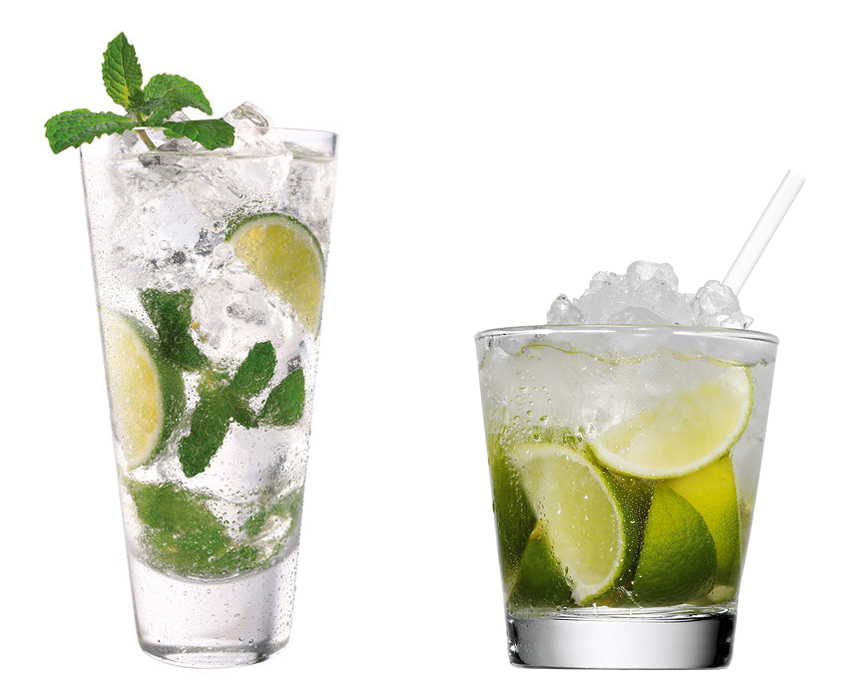 About Mojito
Mojito is probably one of the most well-known cocktails that have been invented this far. The drink is also have the non-alcohol variant that can be enjoyed by people from all ages. It is said that the drink is the bartenders love to hate because of how much time needed to make it and how hard it is to clean the mess but is ordered in a quantities far too large by drinkers. It probably will remains popular for a few next decades simply for the fact that it is indeed a very good drink.

Mojito Ingredients & Recipe
Your first mojito may be made by a bartender in a bar or similar establishment but you can make it yourself at home if you want for the ingredients are not that complicated. We are taking a recipe from bbcgoodfood, if you want to try making it yourself. First, prepare all the needed ingredients like juice from 1 lime, 1 tsp granulated sugar, a small handful mint leaves, 60 ml white rum, and soda water to taste.

To make the beverage, muddle the lime juice, sugar, and mint leaves in a small jug or container to crush the mints and extract its flavor. Pour the mixture in a tall glass and add a handful of ice then pour the rum while stirring it. The last is add the soda and garnish it with mint then serve. 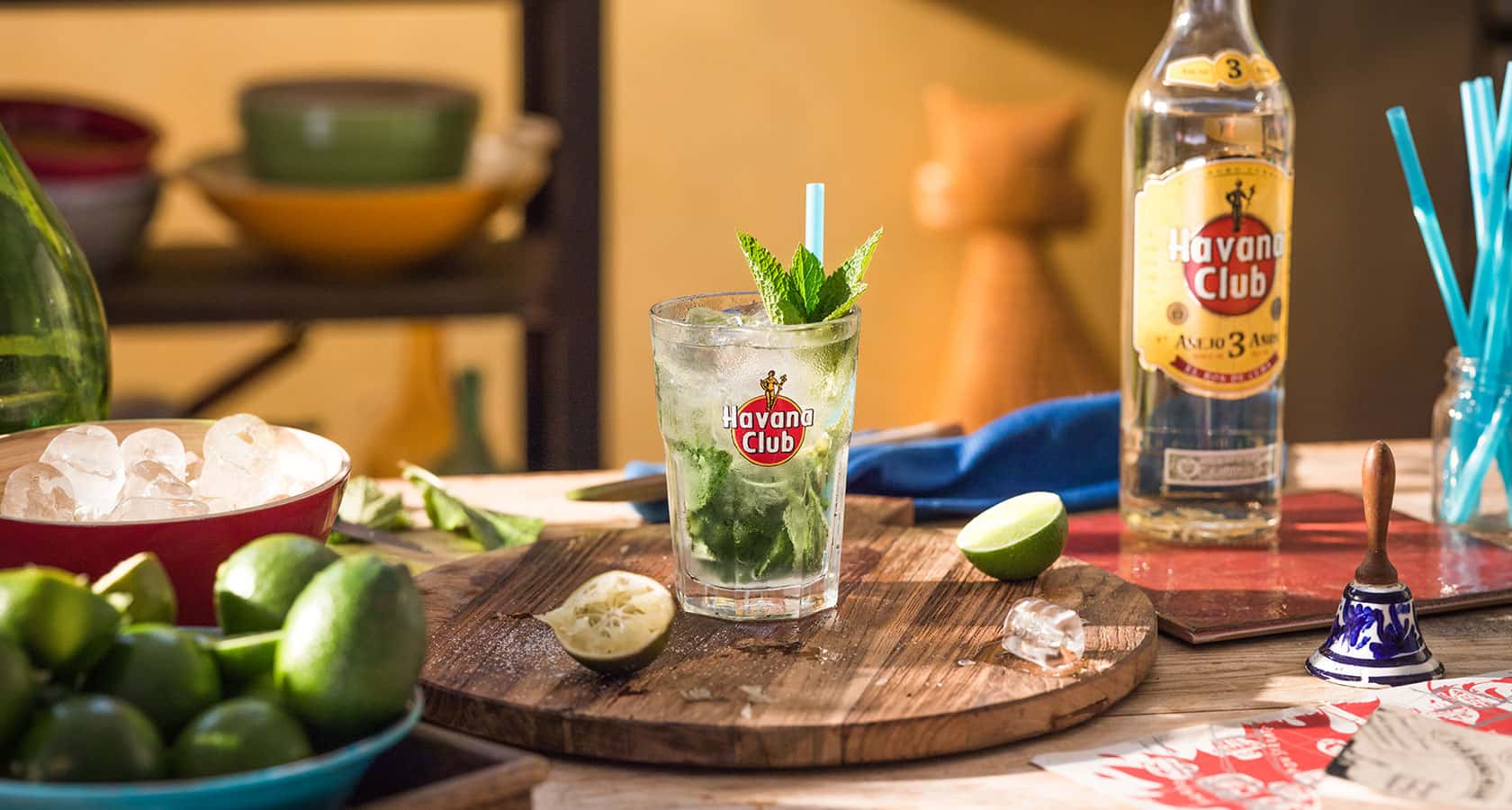 Mojito History
Just like any other great cocktails out there, Mojito history is not that clear. The most popular information is it was originated from a restaurant-bar called “La Bodeguita del medio” in Havana, Cuba. The drink is believed to be created by African slaves that was working in the Cuban sugarcane fields, which is created simply from a sugarcane alcohol. However, another story take back at 1500s when Sir Francis Drake landed in Havana and his crew were suffering from dysentery and scurvy.

The local South American Indians at that time use aguardiente de cana, mint leaves and juices from sugar cane as well as lime juice to make a tonic to relieve the crews. Not long after a drink named “El Draque” with very similar ingredients are popular in Cuba. At this point, the African slave may not the one who invented the drink but they are the one who named it like we know today. The Mojito probably derived from “mojadito” that means “a little wet” and the Cuban lime-based seasoning “mojo”.

Not only made with rum, Mojito can be made with endless liquor variants to suit your taste. If you go to Havana, some hotels there also add Angostura bitters to tone down the drink sweetness and icing sugar is often used to replace cane sugar. Some people even use sugar syrup to decrease the sweetness. In present day, people sometimes use lemon instead of lime and there is a Rose Mojito that used rose-flavored spirit.

About Caipirinha
For those who never heard the word before, many people probably think that the beverage is a Mojito. Caipirinha shares so much similarities with the popular cocktail if you look it from the way they served the drink. The drink is serve with lime and ice but in a shorter glass like rock glass rather than typical Mojito that is served in tall glass. These two are similarly refreshing from the outside even before it touch your mouth. Read also: Tequila Sunset vs Sunrise here. 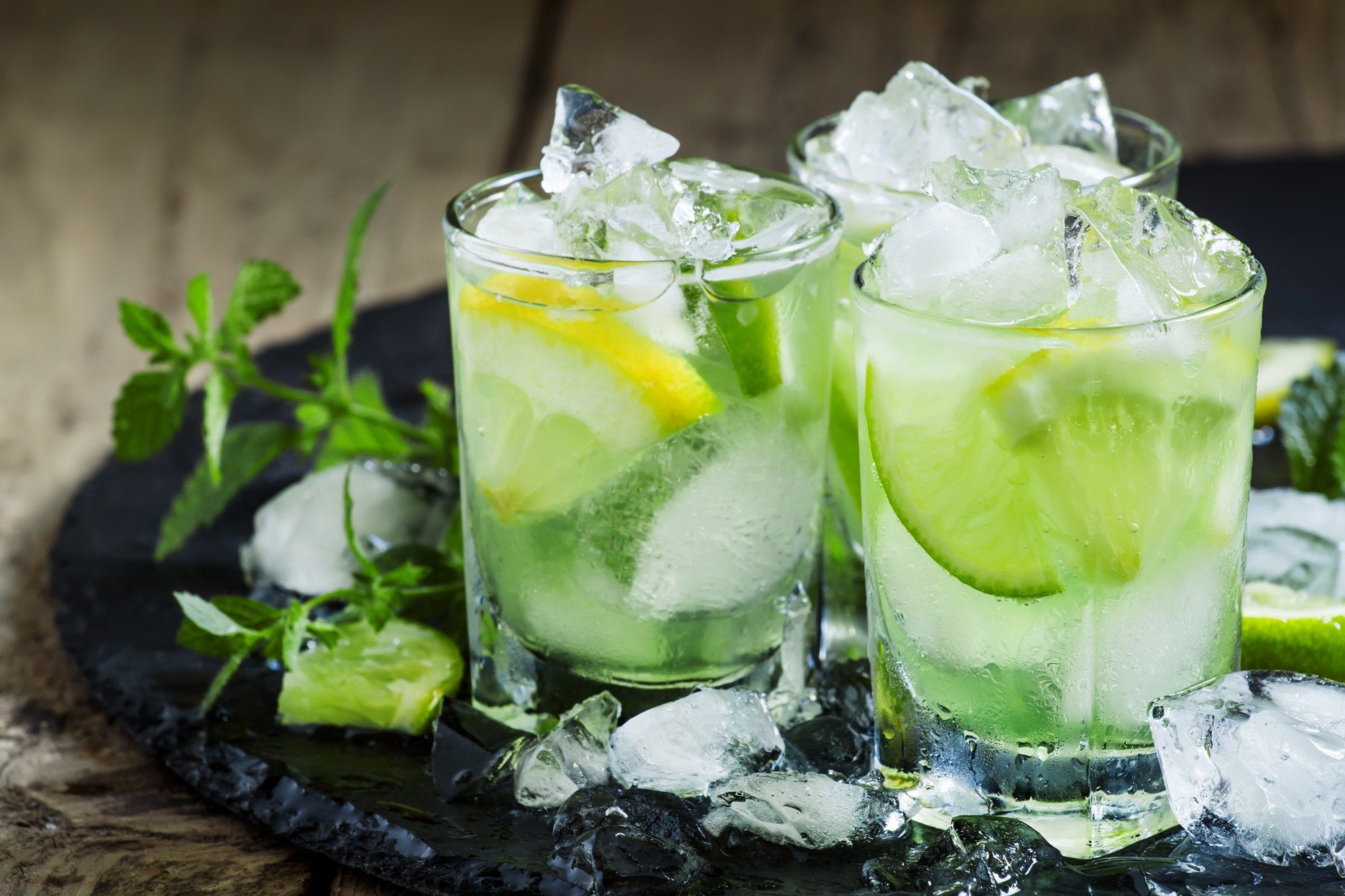 Caipirinha Ingredients & Recipe
Similar like Mojito, you may get your first Caipirinha in a restaurant but you can make it easily at home for fast refreshment or serve it to your party guests. First, prepare the ingredients you will need to make the cocktail; half lime cut into wedges, ice, 2 tablespoons of sugar, 2 oz. Cachaca, which is a hard liquor from sugar cane, and a lime for garnish. To make it, muddle the sugar and lime in a double old fashioned glass then fill it with ice and add the Cachaca. Stir briefly and garnish with lime then serve.

Caipirinha History
The Caipirinha is originated from Brazil and the history of its creation is derived from the distinct liquor Cachaca. Since it is made also from sugar cane, many people are mistaking it for rum. However, both of them are very different. Rum is made from molasses, which is a dark-brown and have a consistency like syrup by-product created in the process of refining sugar. At the other hand, Cachaca is is made from fresh-pressed sugarcane called “grape”.

The actual invention of Caipirinha is still unknown but a story tells that the drink was invented by a farmer in the region of Piracicaba during the 19th century as a local drink for their high standard events and parties since it reflects the strong sugar cane culture in the region.

Comparison
Now, let’s compare Mojito with Caipirinha. Both of them are very similar to each other but also very different. We know that Mojito is made with rum and combined with mint leaves while Caipirinha is made with Cachaca and without mint leaves. Rum and Cachaca are alike but different and the similarity is only the fact that they are made from sugar cane. Another difference is if typically Mojito is serve in a tall glass, as the opposite Caipirinha is serve in an old fashioned glass or rock glass.

Conclusion
All in all, the decision is all yours to make. In our opinion, both of them are equally tasty depend on your personal preference. It is great if you try them one by one and see which suit your taste buds better. However, we love Mojito better for the fresh mint leaves flavor in the drink.