There are so many type of carbonated beverages nowadays, starting from the fancy sparkling water to popular soda drink. Since ancient times, our ancestors are already interested in springs and natural water which was enriched with minerals and especially those which was infused with carbon dioxide. These days there are many terms used to call water that has been pressurized with carbon dioxide gas to produce effervescence or bubbles. Carbonated water can occur naturally like water that comes from springs or it can be created artificially with carbon dioxide cartridges or tanks. This carbonation process will gives the water a slightly acidic Ph. When talking about carbonated water some people may confused it with a soda water and a sparkling water product called Perrier, both of them does contains carbon dioxide but they are slightly different. 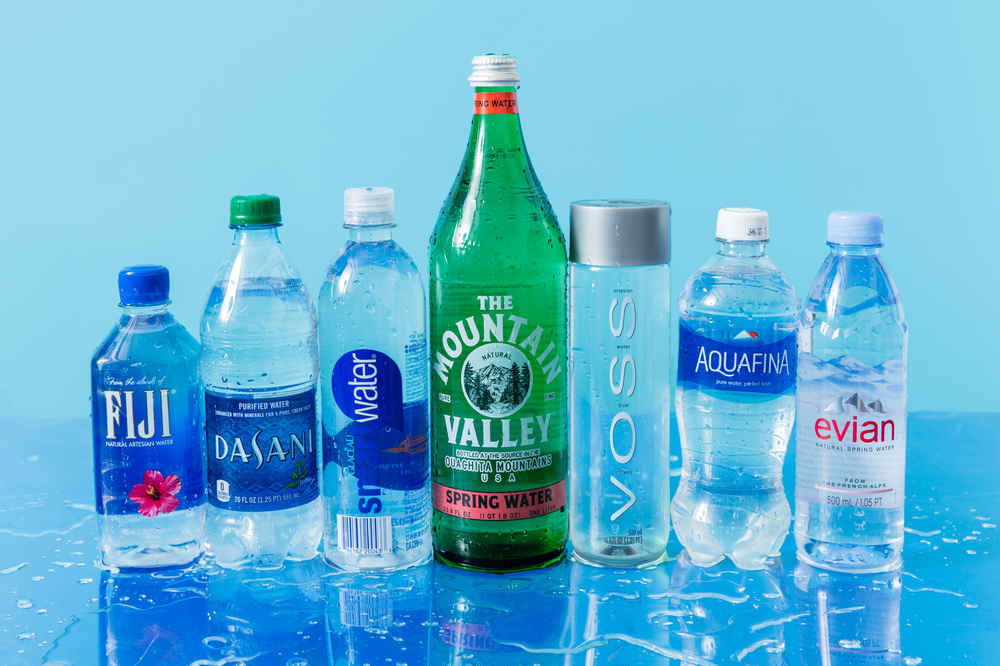 Perrier Water
Perrier is a French brand of bottled mineral water or sparkling water, which was captured from Vergeze located in the Gard department. Spring water that Perrier used is naturally carbonated, even so Perrier plant took the water and the carbon dioxide separately. The water was first purified and during the bottling, the carbon dioxide is re-added into the spring water to match the level of carbonation that of the Vergeze Spring. Perrier was first marketed by St John Harmsworth who bought the spring from a local doctor Louis Perrier and decide to change its name into Perrier. Perrier contains natural minerals such as magnesium, calcium, and potassium which is needed by our body. Pierre also contains bicarbonate which can promote a healthy Ph of the blood so it doesn’t become too acidic or too basic. In a scientific condoned in the UK sparkling water also benefit people with central neurological disease like Parkinson’s, brain injury or stroke in relieving constipation. Perrier also can become a great substitute to other soda since it does not contains any unhealthy additives. Sparkling water are also known to calms motion sickness. 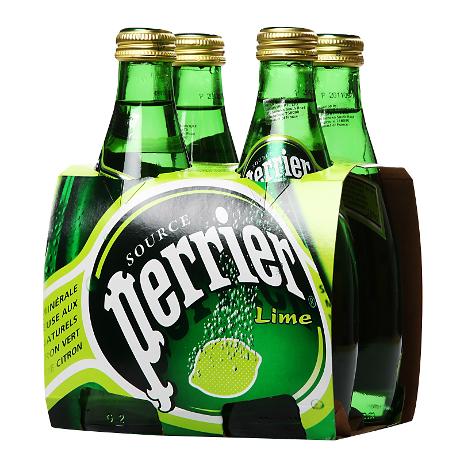 Soda Water
Soda water or carbonated water or some people called it, seltzer water, seltzer bubbly water or fizzy water is water into which carbon dioxide gas under pressure has been dissolved. Soda water is an ambiguous term because some people also categorized club soda as soda water. The first man who found a method to enrich water with carbon dioxide is an Englishman named Joseph Priestly in 1767. The early inventory of artificially made carbonated water had a very pleasing taste and mouth feel. When the first time carbonated water appear in the market, the manufacturers at that time were trying to distinguish their product by adding many types of flavor into their carbonated water. When social drinking are becoming more acceptable, the popularity of carbonated water also rises. Carbonated water became other substitute for alcohol, or can be mixed together, allowing the consumer to experience many types of cocktail while lessening the alcohol intakes. 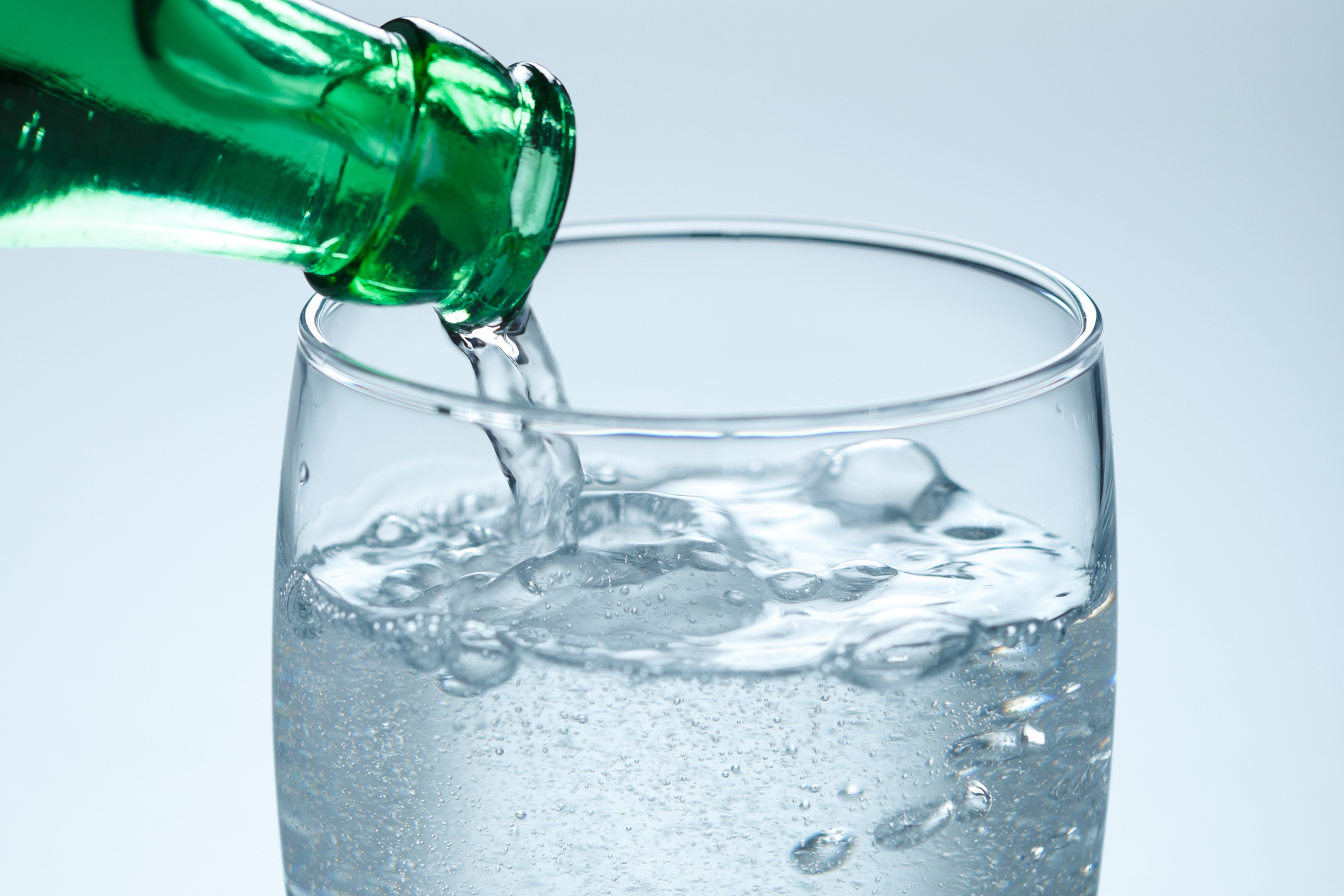 Soda water also have some benefit, first it can help with stomach problem, such as indigestion or nausea. A 2002 study published in the “European Journal of Gastroenterology and Hepatology” examined the effect of carbonated water on indigestion. The test subjects are told to drink carbonated water and tap water. Researchers found that carbonated water significantly reduced indigestion. Second Just the same like sparkling water soda water also can be used to treat patients with constipation. Third, drinking soda water can be a substitute for regular water but with a little bit of kick in it, if regular water not pretty interesting to drink then people may choose soda water to hydrate themselves which will give the same results as regular water. Even though soda water has some benefit in it, it is also known to have some drawbacks, since long ago soda water has been verified as one of the culprits that cause dental erosion. Soda water also has been identified as the cause of osteoporosis even in the soda-drinking community itself.

Conclusion
Purchasing both Perrier or Soda Water can be expensive instead of just consuming regular water but if money is not an issue for you then both of these options are as good as the other. You have to pay for about $17.98 to get a 24 pack of Perrier, each bottle contains 750 ml of sparkling water. Compare to regular mineral water it does more expensive. While soda water may vary from which brand they are coming from, the price is about $30.50 per pack contains 24 bottle and each one of them contains 20 oz. of soda water. Some people may cannot differentiate between soda water and club soda, the difference is in the making process, club soda was added with mineral-like ingredients to enhance its flavor while this is not done with soda water. The taste of Perrier, soda water, and club soda may differ since it was made with different method and ingredients.