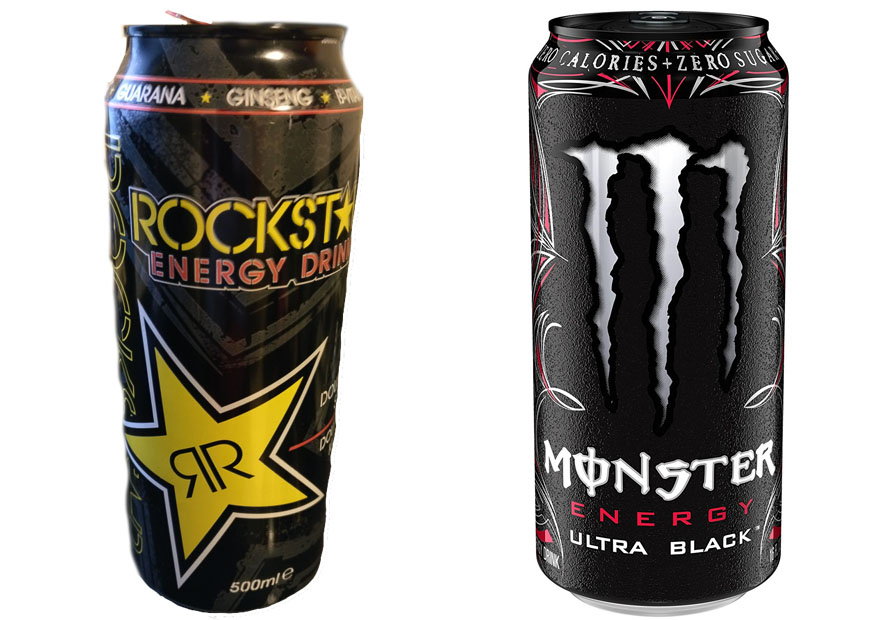 The Ingredients
Energy drinks like Rockstar and Monster Energy often have special proprietary formulas that are said to be effective for improving your energy, endurance, and mental focus. However, we can see some similarities in the ingredients used across different energy drinks. Both Rockstar and Monster Energy use caffeine, carnitine, panax ginseng, and guarana, although the exact amounts are not always disclosed and may vary. See also: Red Bull vs Monster.

Panax ginseng and guarana have been traditionally believed to be useful for improving energy. However, so far, it is only guarana that has been scientifically proven. Guarana can boost your energy due to the caffeine content. The energy boost that you feel after drinking an energy drink is most probably caused by the caffeine content and also the sugar content. 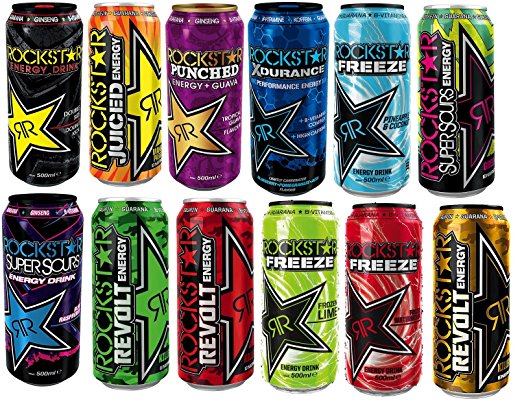 Caffeine Levels
Of all the ingredients, caffeine is the one with the most significant effects. Caffeine, after all, is a stimulant that can affect the nervous system. Caffeine works by inhibiting the enzymes that make you feel tired or sleepy. So, let’s take a look at the caffeine levels of Rockstar and Monster Energy.

Every 8-oz can of Rockstar contains about 80 mg caffeine. Likewise, Monster Energy is also sold in 8-oz cans, with each serving providing the same amount of caffeine. However, there are larger variants which may contain higher caffeine levels up to 200 mg.

As a comparison, a cup of regular coffee contains about 120 – 240 mg caffeine. However, keep in mind that the caffeine levels listed on the energy drinks do not consider the additional caffeine from the guarana. 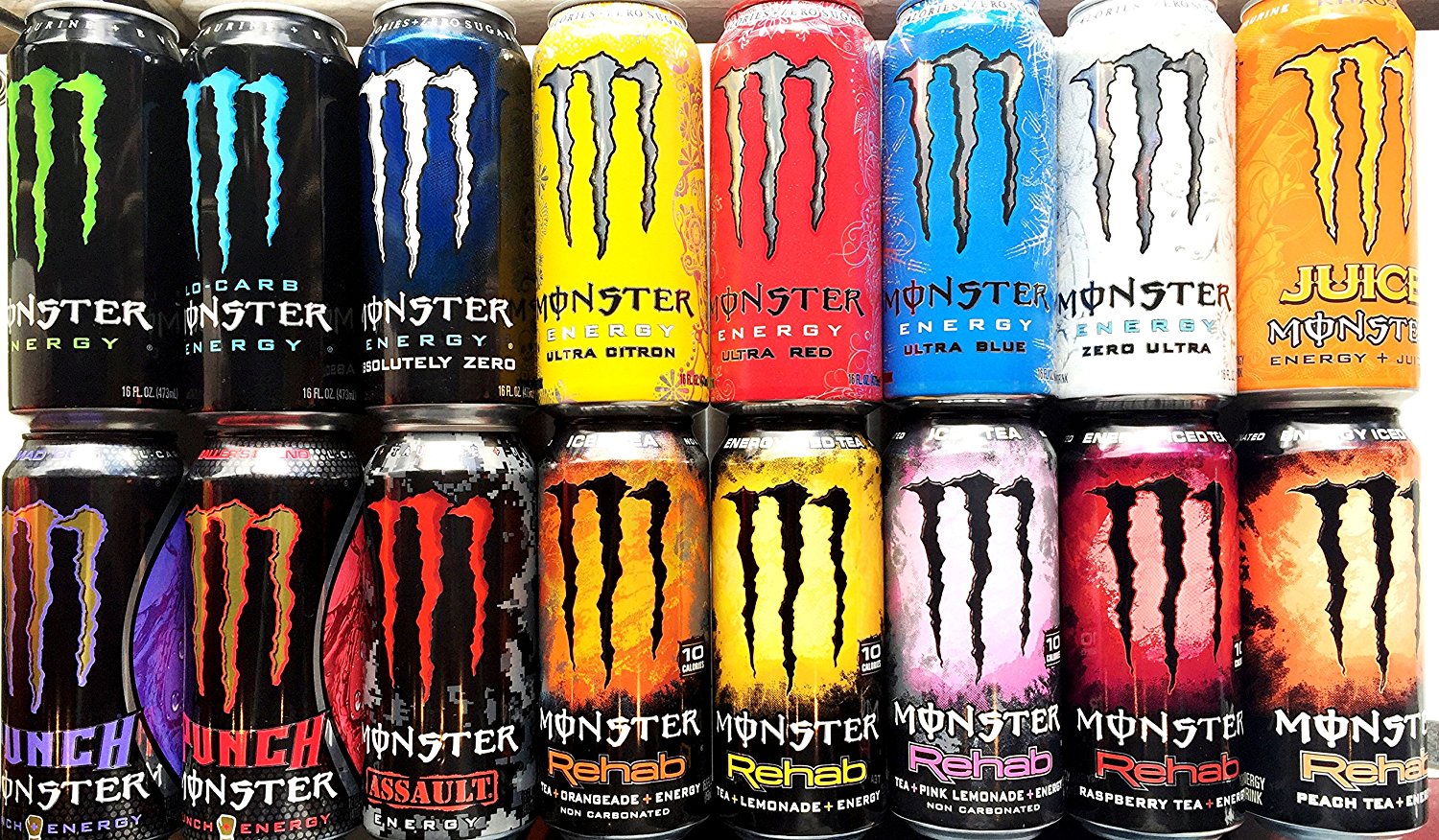 The maximum caffeine intake that is considered safe is 400 mg per day. Different people may have different tolerance levels, and some are more prone to the side effects. The potential side effects of excessive caffeine intake include headaches, rapid heart rate, high blood pressure, tremor, anxiety, and insomnia.

Sugar Levels
When choosing an energy drink, you have to be careful with the sugar content. Many products contain very high sugar levels. Too much sugar may cause dangerous health problems, such as obesity and diabetes.

Conclusion
In general, Monster Energy is slightly better due to the lower sugar content. However, the differences are not really significant. They have similar caffeine levels. Both drinks also use many similar ingredients.