When it comes to distilled alcoholic beverage, many people are willing to pay quite the amount of money to get their preferred drinks, mostly because these type of alcoholic beverage are usually aged, so you can’t just make and sell them directly. In today Rum vs Whiskey article, we are going to give you information about these two popular distilled and aged beverage to help you separate them from each other. If you are interested in one or both of them, go check our article below. 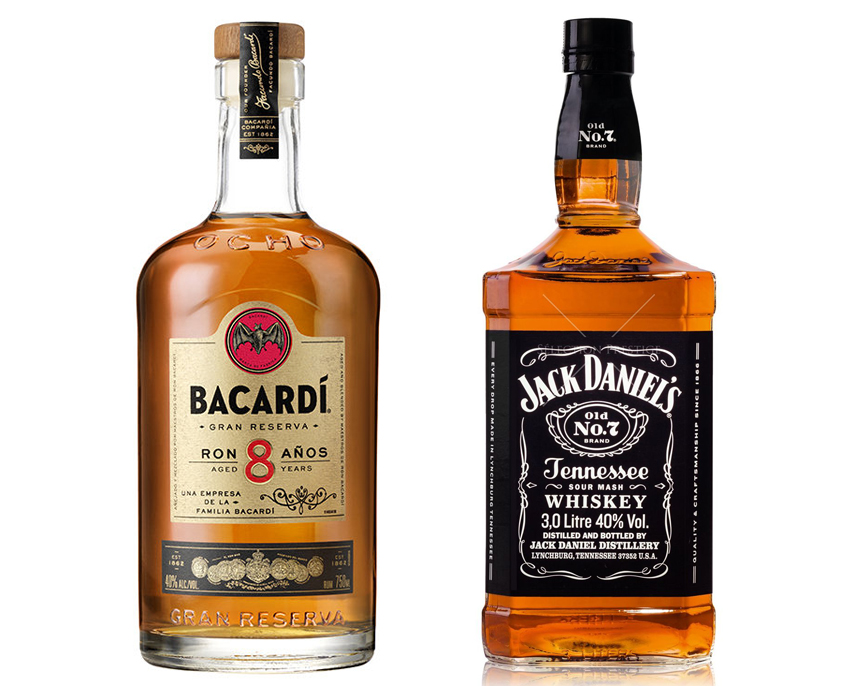 About Rum
Rum is one of the most well-known distilled alcoholic beverage, which is made with sugarcane byproducts called molasses. In present day, the drink is mostly manufactured in Caribbean and Latin America but also produced in smaller scale in many other part of the world like in Australia, Japan, and India. Like Tequila, the drink also produced in different types but may also called grades here. The light rum with clear color are usually used in cocktails while aged golden and dark rums are more often drank neat. (Read also : Tequila vs Whiskey)

Just like many other alcoholic beverage origin, Rum is still generally unclear. The name itself already famous and widely used in 1645. However, the distillation itself start in Caribbean sugarcane plantations when at that time people still don’t know how to use molasses, so it is categorized as garbage and only slaves or stock eat them. The fermentation of molasses is discovered by slaves, which then produce alcohol and distillation is used to remove impurities while concentrating the alcohol.

Rum Variants
There is no one and only standard used when we are talking about Rum since it differs from where it comes from. But, people do have some terms to refer various type of rum, such as dark rum with brown, black, or red, which is darker than gold rum is made from caramelized sugar or molasses and commonly aged longer while light rum with clear color is actually still following aging process but filtered to remove its color. This one has very little flavor except the sweetness.

About Whiskey
Another popular distilled alcoholic drink is Whiskey or whisky. This one is instead made from sugar or molasses is made from grains like barley, corn, rye, or wheat and can be either malted or not. Most of them are also aged and the world has a strict regulation to produce the drink. People divided them based on the characteristic of the different classes and types of fermentation of grains, distillation method as well as the aging process in wooden barrels.

Taken from Wikipedia, the history of Whiskey dated back from when people start to know distillation process in 2nd millennium BC, but the earliest mention of the drink itself only start in Ireland in around 17th century while the evidence of the drink in Scotland comes from an entry in 1494.

Whiskey Variants
Whiskey has so many variants and mainly differs based on their base product, alcoholic content, and quality. One of the most popular is the Scotch whiskey, which can only be distilled in Scotland and aged at least for 3 years. For the example product, check our Johnnie Walker Blue vs Black here. Another popular term used to refer the drink are single malt to call those made with single distillery and only one particular malted grain.

Comparison
Now, let’s compare Rum with Whiskey. As you may already know, even though these two are similarly fermented and distilled, Rum is made from molasses or sugar while the other is made from grains. Depend on the type of these beverage, they can be distilled more and aged longer. Another difference is whiskey can be mixed from one type to another to make Blend while Rum is not.

Conclusion
All in all, the decision is all yours to make. We know that people have their own preference and just like any drinks or food and such, we can’t say which is more delicious between them. If you are curious, we recommend you to pick one bottle for each drink and experience the difference yourself.