Japanese culture has many to offer to the world beyond sushi and ramen. Among them, their alcohol such as Sake Vs Mirin are what we often find outside the country or even widely available across the globe. While these two are equally alcohol and very similar to each other, they are also different from from the purpose and taste itself. If you wonder what they are and how they differ, go check our article below to know more about the alcohol.  \ 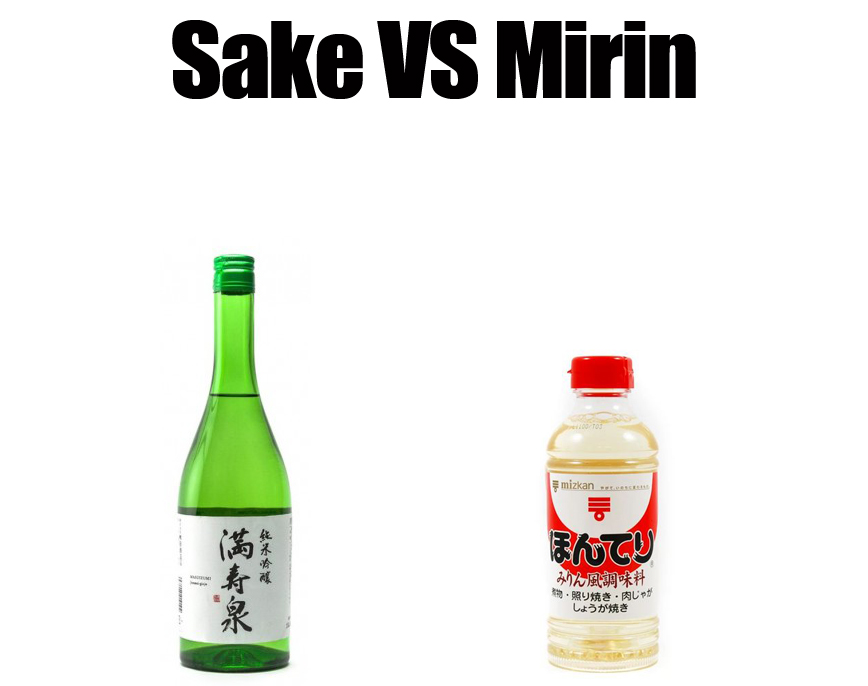 If you think about it, alcohol has come such a long way with no one really having an idea when and where it started. What we know is that this liquid or beverage is available and can be found fairly easy in most countries from developed nations to countries you may never heard before. Everywhere people are aware of the effects and how they will cause some health problems if consumed extensively yet, it doesn’t show any reverse effect because alcohol is still as popular as ever.

As we all know, there are many languages affecting English itself and there are plenty of words we have adapted from other cultures in which alcohol is one of them. The word is actually coming from the Arabic al-kuhul or al-kohl yet this term is originally used to refer to a method of manufacturing makeup. For when it was first invented, there is still no clear information and confusion among it but it is known that people have been making and drinking it for as long as our history goes.

There is evidence based on the found of beerlike residue of 13,000-year-old fermented drink that was unearthed in Israel while other evidence of fermented drinks have been discovered in China dates back to 7000 to 6000 BCE. Yet, when people come out with the name for those drinks is still fuzzy and there is not enough evidence or historical document that can give hints or clues about it. Up to this day, rather than scientific, more tales are told about the beverage.

One of the popular information about the invention of alcohol is coming from Alexandria, Egypt, precisely in the first century where the city was a hotbed of intellectuals and academics that provide an ideal setting for scientific innovation. The story and tale is about a woman named Maria the Jewess who was an alchemist, lab operator, also a professor, and an investor as well. One of her efforts was transmuting base metal into gold in which one of the key stages is distillation.

It is said that she perfected the process by inventing some of its key tools or double boiler and a version of a still. This version of tools was a cooking substance that allowed it to result in vapor to rise and move through the arm then re-condense into liquid. But, this tool was not meant to make beverages but was a tool to figure out what sulfur is and what mercury is. What’s interesting is this was also the technology used by Ancient Egyptian to thicken their kohl eyeliner. 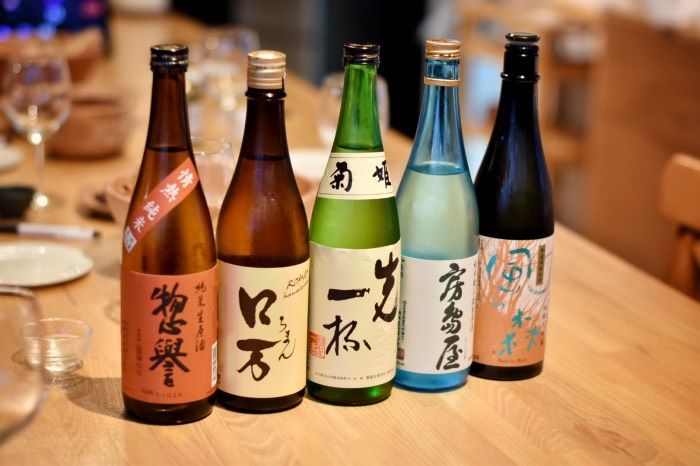 About Sake and Mirin

In modern days, alcohol is ubiquitous almost everywhere you go and uniquely, each culture or nation usually has their own favorite drink whether it was coming from their culture or importing it from other countries. The example is vodka in the U.S. which is not from there but is the most popular alcoholic beverage in the country. Some reasons are probably for the cheap price and some are probably because the liquid itself is versatile due to the fact that it has no distinct taste.

Other foreign beverages we brought to the country and are also widely available almost wherever you travel is Sake. We all know and quite familiar with this Japanese liquor and why they are a great pair with your traditional Japanese dish as well but, there are also confusion about Sake and Mirin which are actually very similar to each other. Strangely, even though they are almost identical, we only heard Sake mentioned as alcohol and Mirin as seasoning in Asian cuisines.

While you may never buy this seasoning, we are sure many of us ever have them without realizing because it is used in various familiar dishes such as teriyaki and ramen. However, since it contains alcohol, for some countries where most of its citizens follow religion or believes that forbid the consumption of alcohol in any form, the seasoning may already be replaced by something else such as sugar as Mirin is prominent in sweetness despite not exactly identical to each other.

Sake and Mirin are coming from the same place and they are also equally made from rice and following the same method of making sake if you are already familiar with one. If not, do give a look at our previous Sake Vs Shochu. In cooking practice, there is also cooking sake which is more similar to the actual drinking sake but is added with salt to give more flavors on your food and to avoid getting taxed as it is not meant for drinking.

Places side by side without the container, it will be very difficult to identify them but by color and smell we probably can say which one is for drinking and which one is for cooking. In general Mirin is rather yellowish or gold when it has the full alcohol content while the “light” version or those with lesser alcohol is much lighter and clear. On the other hand Sake is clear like water or Vodka if you may want to compare as it usually has no color. 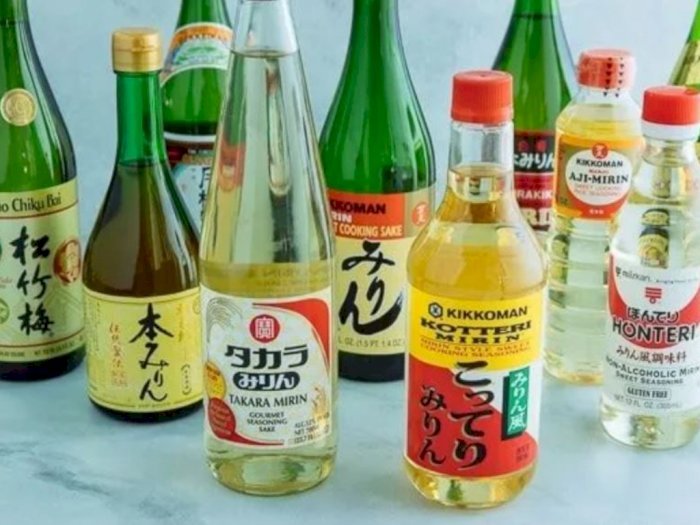 But, there are also Sake that has a more prominent color such as gold and yellow similar to white wine or champagne. The Sake with such colors are said to have more prominent or stronger taste and chances are they have been aged as well to add both the value and flavors into the beverage so longer the fermentation, the darker as well the liquid becomes. But, don’t mistake it for spoiled sake because they can get spoiled too when left in light or not properly stored which also alter the color.

Now let’s see how these liquids are made and starting with Sake, this beverage is made from rice or polished rice because they need to be stripped from everything except the starch. The rice is then washed and steep while the starch from rice must be steamed again. Koji is necessary in both Sake and Mirin production because it is accumulating various enzymes for the process. Sake is then fermented with yeast and is finished with filtering then aging or bottling depending on the manufacturer.

What’s different from both Sake and Mirin is that the process to make Mirin will be simpler. To shorten out, a Mirin process will be using mochi rice which is sticky and has more starch, koji or steamed rice where koji mold has been cultivated, and then added with shochu or the distilled brother of Sake. Mirin can be aged as well and the aging process is going to give a more distinct or complex flavor than just umami that we often enjoy.

Not only in the making process, Sake and Mirin are also quite different when you taste them. Unlike cooking sake, Mirin is not added with salt so we can actually drink them if you want but the taste will be different because Mirin is very sweet in comparison to the liquor. On the other hand Sake is going to start off strong because it typically has a higher alcohol content than the cooking seasoning as well as less sweet which is why it won’t be the same when you use them interchangeably.

Sake and Mirin Usage and Consumption

Now, some people may wonder if they only have one in the cardboard can we use them interchangeably. We assume you don’t want to drink Mirin unless you like sweet alcoholic beverages but if you only have Sake at home, we actually can use this as a replacement for Mirin despite it not going to taste the same. If you would like to use Sake for cooking, the ratio for the liquor and sugar should be 3 to 1 so for example three tbsp. drinking sake is mixed with one tbsp of granulated sugar.

What you may want to note is that both Sake and Mirin contain a pretty high alcohol from 1% to 14% for Mirin and from 14% to 16% or can be higher as well to 40% depending on the manufacturer. This is why they will burn and thus, we have to be careful. Both can be enjoyed or drank as it is or heat and chilled depending on the weather and personal preference but quality Sake is often served chilled.

Both of them are very similar but also different to each other. The prominent differences between Sake and Mirin is based on how they are manufactured in which Mirin is simpler and uses mochi rice. There are also Sake made from glutinous rice but only a few breweries do it. From the taste Mirin is much sweeter than Sake as well as has a lower alcohol content from 1% to 14%.

All in all it is best to choose your drinking Sake and food seasoning reasonably but if needed, we can try Sake for cooking when there is no Mirin around. In general you will find the Mirin sweeter than Sake which is often known as an already sweet and dry beverage.