The wines you drink are made from different grapes and each one of them bring another taste to your glass. There are actually several of them that popularly made into wines and in today article, we will talk about Shiraz vs Cabernet. These two are often compared because their similarly dark color and we are going to give you some information regarding how that are differ them from each other or how to set them apart from each other. If you are interested, go check our article below. 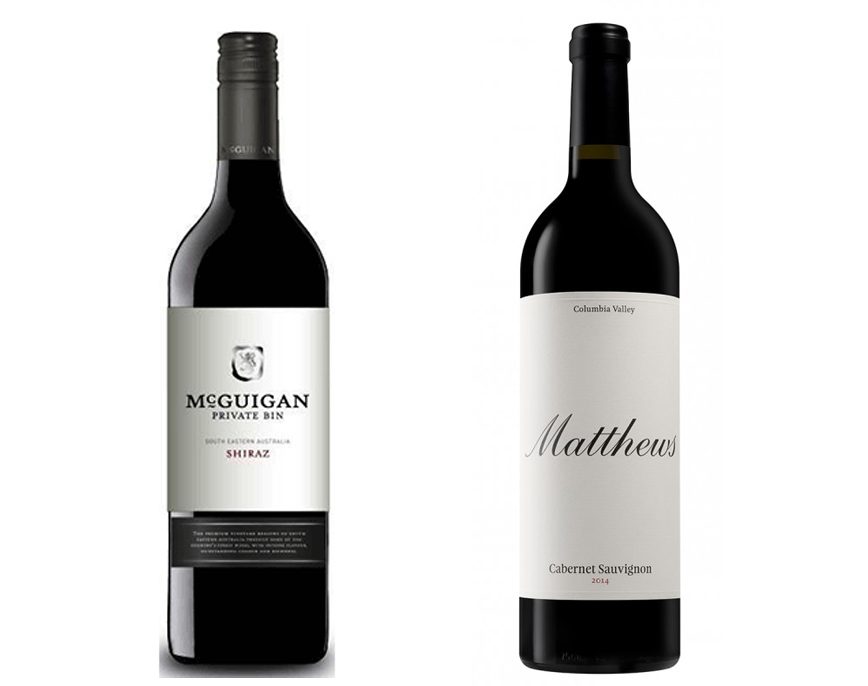 About Shiraz
Let’s talk about Shiraz first, some of you may know the grape as Syrah and they are the same only different in pronunciation since after the grape arrive in Australia from where it was originally planted in France, the farmers here prefer to call it as Shiraz probably because of their accent. The wine from the grape is very dark and is said to be even darker than the popular Cabernet or Cabernet Sauvignon where in case you hold a glass with the wine, you will hardly see any light passing through the liquid.

Just like any other grapes, taken from Wikipedia, Shiraz also influenced by the climate where it is grown. In moderate climate like in northern Rhone Valley and parts of Walla Walla AVA, the grapes will produce medium to full-bodied wine with high level of tannins and notes of blackberry fruit, mint as well as black pepper. If it is grown in hot climates like in Crete, Barossa Valley, and Vale in Australia, the wine will be still full-bodied but with lesser tannins and has jammier fruit with notes of licorice, anise and earthy leather.

Shiraz Food Pairing
Lighter Shiraz will be a good pair for delicate foods like grilled lamb. Go try lamb shawarma or gyros and if you cook in home, try to put spice like clove, mint, and allspice. For bold Shiraz, it will go well with strongly flavored foods like barbecue pork spiced with pepper and cumin. It will also match Asian cuisine flavors like plum sauce which will add fruitiness to the wine.

About Cabernet
Another popular grape made into wine is Cabernet. There are actually several type of Cabernet but when people say Cabernet, most of the time they are referring to Cabernet Sauvignon which is a product of chance crossing between Cabernet Franc and Sauvignon blanc during the 17th century in France. The grape is typically easy to cultivate, has a thick skin with naturally low yielding vines and budding late to avoid frost as well as resistant to viticulture hazards.

The original characteristic or Cabernet is full-bodied with high tannins and noticeable acidity which lead to its aging potential with fruit notes like black cherry, black currant, and blackberry as well as other notes like black pepper, tobacco, licorice, vanilla, and violet. Those grown in cooler climates will have blackcurrant notes, mint and cedar while if grown in moderate climate, they will give black cherry and black olive notes. In hotter area it can produce over-ripe and jammy flavor. Read also: Malbec vs Cabernet here.

Cabernet Food Pairing
Since Cabernet has high level of tannins and savory character like black pepper and tobacco, it will be a good to pair it with foods high in fat and umami flavors like charred gruyere burger, marinated rib eye steak, and a mushroom pizza with tomato sauce.

Comparison
Now, let’s compare Shiraz and Cabernet. Both of them are full bodied red wine but Shiraz is darker with a large amount of tannins and will taste dryer in your mouth. The notes are rather similar but Shiraz is bolder than Cabernet. Their food pairing are also similar with rich taste foods but if you pick lighter Shiraz, the liquid, taste and food pairing will also different.

Conclusion
All in all, the decision is all yours to make. In our opinion, it is good to match the wine with your personal taste and the food you are going to pair it with if you don’t plan to drink it alone. Both of them are equally delicious and we recommend you to try them one by one to see which suit your taste buds better.