Milk is a popular drink around the world and have been consumed as early as 9000-7000 BC in Mesopotamia and 3500-5000 BC in the Americas. Today, there are so many type of milk whether those come from animal or those from plants. In Skim milk vs Soy milk article today, we will compare these two types of milk to give you more information regarding the benefit you can get by consuming them. If on/both of them took your interest go check our article below. 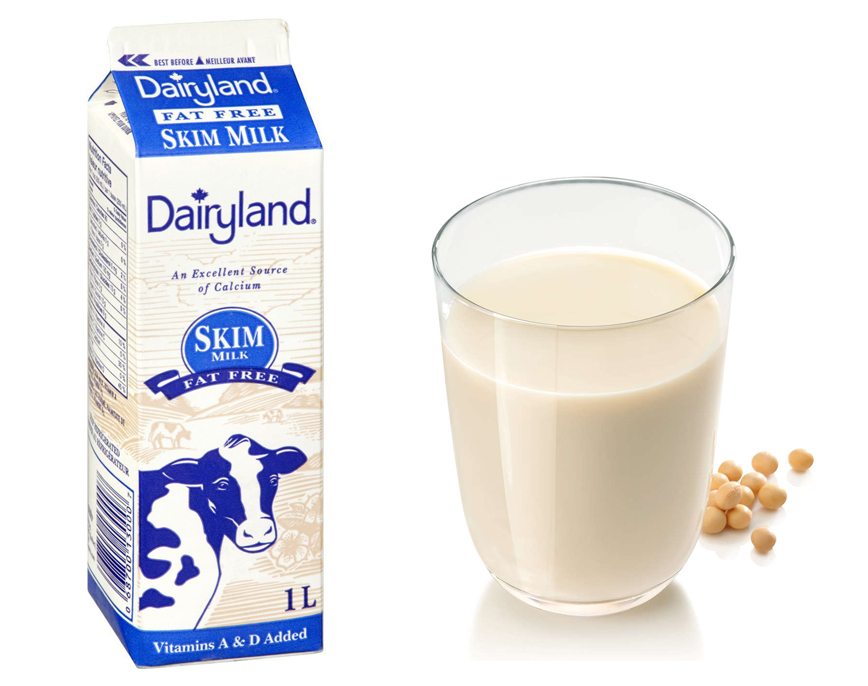 About Skim Milk
Milk is used commonly to refer cow’s milk, which is the most popular type of milk to be consumed. Milk from cows can be differ after the processed they have been gone through and skim milk is one of them. Just like its name, skim milk is the regular milk that have been skimmed from its fat or also cream and usually will only leave around 0.1% of its total fat, which makes it popular among those who avoid fat or those who are currently watching their weight.

Thanks to the popularity, you can purchase Skim milk in almost everywhere from grocery stores to convenience stores around your place. Just like the regular milk or we called it whole milk, this type of milk also commonly available in liquid form in a jug or carton packaging. However, there is also skim milk in powder form, which is a great replacement for your common creamer if you enjoy coffee. Most of them are labeled as fat free, slim, skim milk, and light.

How to Make Skim milk
Besides purchasing the ready to drink skim milk, you can make it in your home. Follow this simple recipe to make your own healthier skim milk. First, heat the milk in a hollow pan and boil for 10 to 15 minutes on a low heat then switch of the stove and let the milk sit aside to cool it down. Second, when it’s cooled down, you will see a layer of cream floating at the top surface of the milk. Once you remove the cream from the milk, you are done. If you want to make it more fat free, repeat the process for 2-3 times. 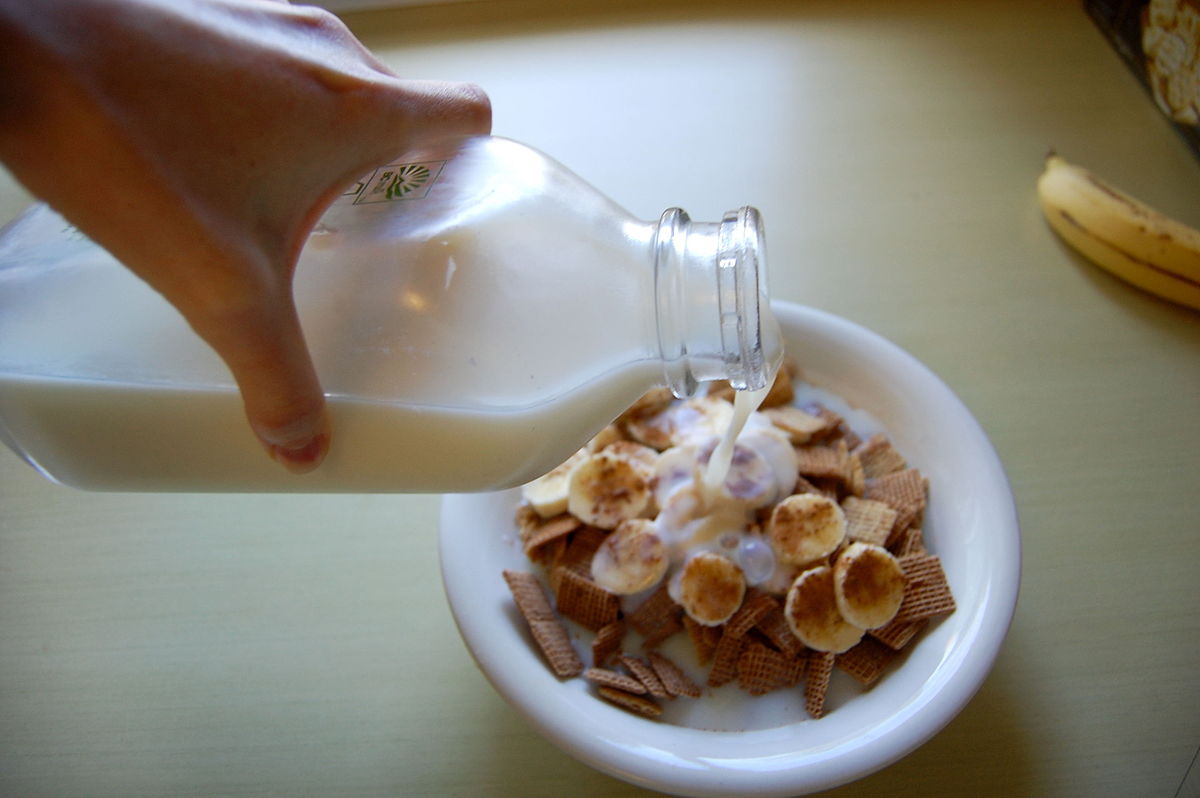 Skim milk Benefit
Skim milk bring all the benefit from whole milk but without the fat. The most important point should be the ability to build and maintain lean muscle, boost weight loss, improve cholesterol levels,lower the risk of osteoporosis, and strengthen teeth. Milk is rich in protein that contains amino acids and calcium to build and maintain muscle as well as important to keep nervous system function properly. Since the fat has been removed from the milk, it contains less calories than whole milk. (See our article about Skim Milk vs Whole Milk)

So it also means you can cut your calories intake to promote weight loss if you replace your whole milk with fat free skim milk. The protein also helps proper growth and development of bones, muscles, cells, and tissues. The amount of Potassium in this milk will relief strain and tension in blood vessels and arteries to help control blood pressure by.

About Soy milk
Soy milk is another type of milk that is popular among those who are seeking for an alternative or healthier version of whole milk. Just like its name, this milk is derived from soy, which makes it even more suitable for people who are avoiding animal products. Soy milk have a rich taste and white in color with a consistency ranging from a bit thick to very thin depend on the process or the amount of water used to make the milk.

Since it is very common today to drink soy milk or nuts based milk, you will most likely to be able to found it in many milk aisle in most grocery stores. Just like any milk, it is usually come in liquid form packed in a jug, bottle or carton. Some of them are plain, which means there are no sugar added but there are also some with sugar or other additive added to enhance the taste. Some brands also put flavoring like chocolate or strawberry to their soy milk to make it more similar to whole milk. 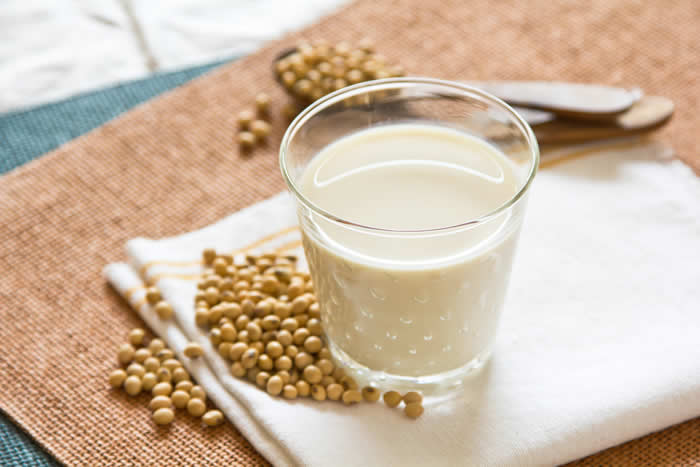 How to Make Soy milk
If you are not a fan of store buy product, follow this simple recipe from thekitchn to make your own. First, soak the beans overnight, discard the water and rinse the beans. Second, you have to remove the skins as best as you can and when they are clean, you can start blending them with water. Third, when the consistency is creamy, strain the mixture using butter muslin or nut bag or tight cloth. Fourth, heat the milk in 100 degree Celsius for 20 minutes while stirring occasionally. Fifth, remove from heat and you are done.

Soy milk Benefit
Soy milk has proteins that are made of amino acids, which is a beneficial nutrition to prevent various health problems. The amino acid and isoflavones also help lower your LDL level. A study shows consumption of soy isoflavones will reduce serum cholesterol levels in elderly men while if it is consumed by people with diabetics, it will promote normal blood pressure, so overall it will help improve cardiovascular health. In elder woman, isoflavones will maintain estrogen levels.

Since it also contains calcium, it also able to strengthen your bones. In postmenopausal year age, soy milk will help retaining and providing supplements to the body. According to a study, soy milk also reduce serum estrogen level and reduce risk of breast cancer.

Comparison
Now, let’s compare Skim milk with soy milk. Skim milk is winning in term of calcium, Vitamin, A, and Vitamin C while soy milk has more Vitamin D. The calories may depend on the product you are choosing but commonly soy milk contain 20% less calories than skim milk. Skim milk contains whey and casein which are great for building muscles at the other hand soy protein is good to improve HDL level and lower LDL.

Conclusion
All in all, the decision is all your to make. In our opinion, both of them are equally healthy depend on what you are looking for them. If building muscles is what you need, skim milk is the better option but if lowering weight and improve good cholesterol level is what you are aiming, soy milk is the one to go.