If you need to avoid dairy products, it means you also need to find a good alternative for the regular cow’s milk. Two popular non-dairy milks are soy milk and almond milk. So, which one does taste better? Which one is actually more nutritious and healthier? See the detailed comparisons of soy milk vs almond milk below! 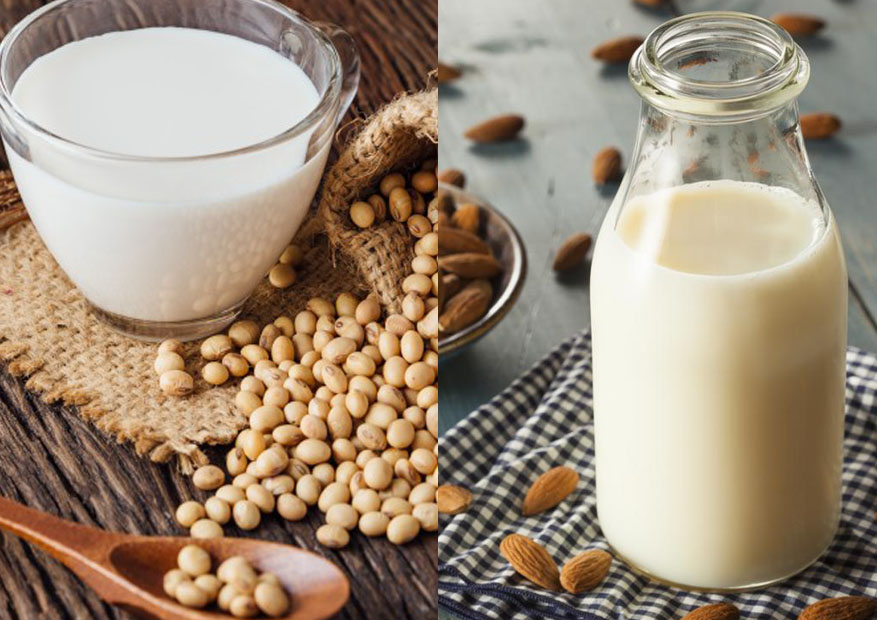 In this article, you can find out more about:
– The flavor of soy milk and almond milk,
– The comparison of their nutritional values,
– The potential issues & side effects of soy milk vs almond milk, and
– Which non-dairy milk that is generally more recommended. 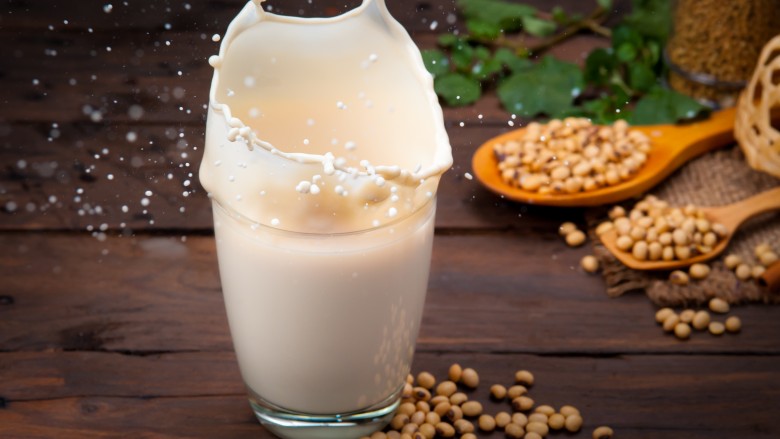 Calories, Carbs, and Fat
Almond milk is generally better for people who want to lose weight or at least avoid weight gain. This is because almond milk has lower total calories and carbohydrates. Almond milk has a similar amount of fat as soy milk, but it is less starchy. A cup of almond milk only has about 40 calories, 1 gram of carbohydrates, and 3 grams of fat.

On the other hand, soy milk is actually also good for weight loss, as it has lower calories than regular milk, but it is not as good as almond milk. Compared to almond milk, the calories and carbs are still higher. A cup of soy milk contains about 80 calories, 4 grams of carbs, and 4 grams of fat.

It should be noted that both soy milk and almond milk are healthy sources of omega-3 and omega-6 fatty acids. These fatty acids are helpful for reducing cholesterol, keeping healthy heart pressure, and protecting against neurological and cardiovascular diseases.

Protein
Although almond milk is great for weight loss, it is not a very good source of protein. A cup of almond milk only contains about 2 grams of protein. So, if you are only relying on almond milk, you need to make sure that you get sufficient protein intake from other sources. 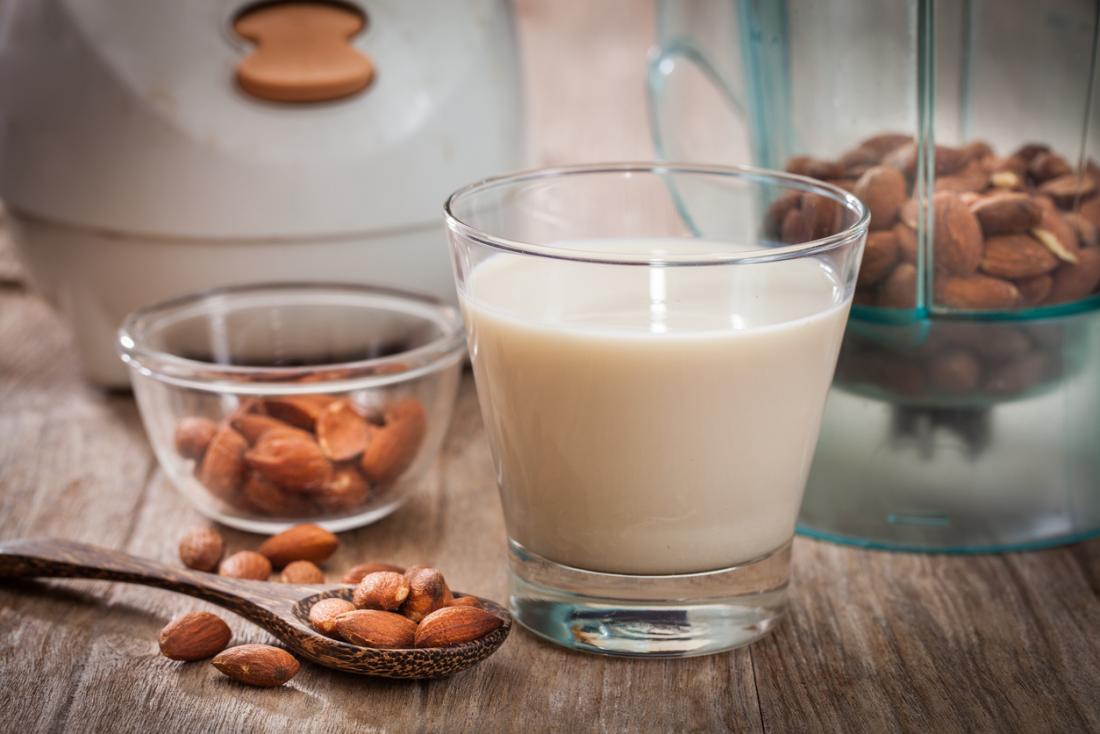 On the other hand, soy milk is an excellent source of protein. It contains an almost similar amount of protein as regular milk. According to Healthline, each cup of soy milk provides about 7 grams of protein.

Soy milk is consumed by women above 50 because it can help to relieve menopause symptoms. Soy milk is not good for men in their reproductive years because it may reduce sperm quality, but it is good for senior men to help prevent prostate cancer. However, soy milk should be avoided by breast cancer patients as the phytoestrogens may feed the cancer cells.

Conclusion
For general health, soy milk is more recommended due to the higher nutritional values. It has higher protein content. However, for weight loss, almond milk is a better choice. Almond milk has significantly lower calories and carbs.