As one of the most popular alcoholic drink in the world, Vodka are drank by many people from different region. We know that no vodka are created equal and they can differ from brand to brand start from those affordable ones to those that can be considered as too much for a bottle of vodka. In today Svedka vs Smirnoff article, we are going to compare these two brands of affordable vodka to give you more information regarding what you can expect from them. 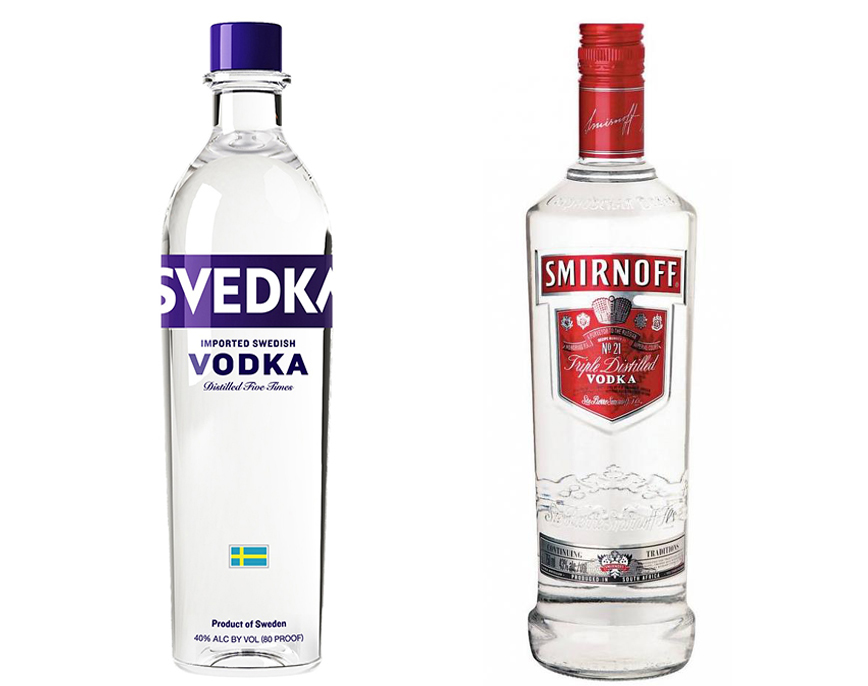 In this article we are going to give you information about:
– What is Vodka
– How to Make Vodka
– What are Svedka and Smirnoff
– Svedka vs Smirnoff

About Vodka
Today, Vodka is probably the most common distilled spirit you can find in cocktails and mixed drinks as well as an essential in every bar. The increasing popularity may looks like a bit unexpected since the drink has no distinctive taste but it also can be seen as the plus side for it can allow the other ingredients of a drink to become the focal point. If you drink, there must be a chance you ever taste vodka based drinks like vodka tonic or screwdriver in a bar or similar establishment.

Just like many other alcoholic drinks, Vodka creation is also not clear until today. However, the is a theory which the spirit was produced and originally created for medicinal purpose. Experts suggest that it was common in Russia to use vodka as an effective remedy against the cold weather and was actually develop by monks. In the 18th century, farmers in Russia began to drink the spirit. Its popularity quickly spread after the Russian Revolution which many Russian began to escape from the country to Europe.

Even though vodka is originally made from grains, in fact vodka can be made from any starch-or sugar rich plant but the most popular material used is usually grains like sorghum, corn, rye or wheat. Among these grains vodka that made from rye and wheat are considered superior. In the market, you can find vodka that made from other material like potatoes, molasses, soybeans, grapes, rice, and sugar beets. The Potato vodka itself has been a long popular product of Poland and other places like Idaho and in the United States. 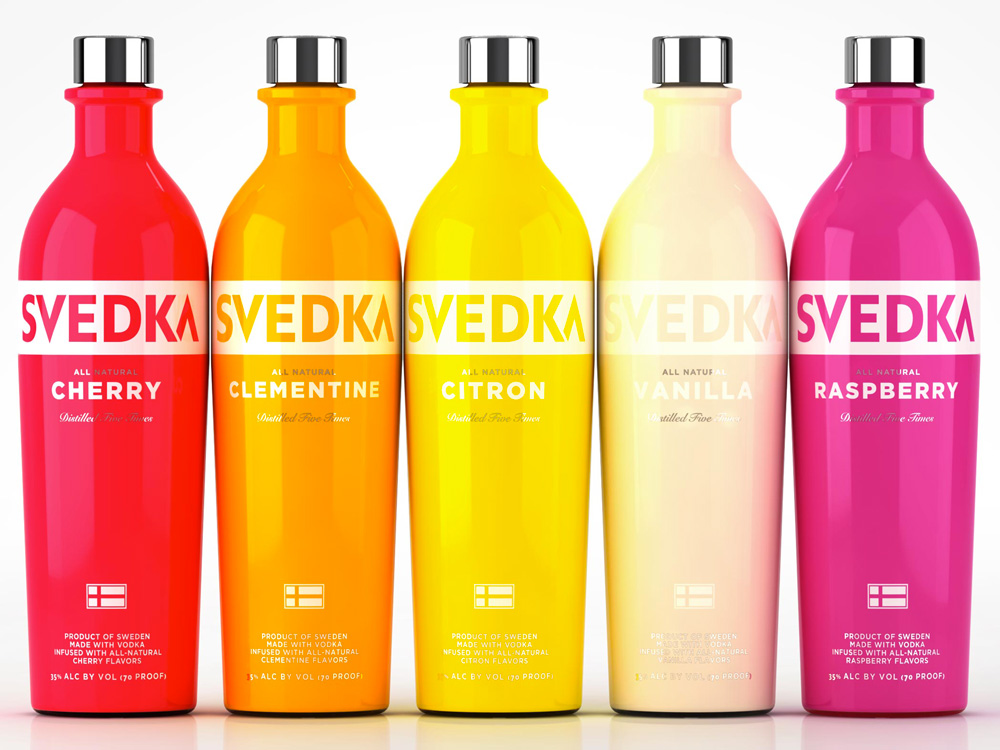 Vodka Production
Taken from the spurceeats, Vodka is a rectified spirit, which means it is commonly distilled until 3 times before packaging even though there are some of them that also distilled until five or even more times. You can see the amount of distillation in each bottle of vodka since this amount indicates how clean or smooth the drink is and it is mostly true. The more vodka is distilled the more the heads and tails are removed and leaving only the heart of the distillate, so it has fewer impurities.

The drink also follow a filtering process after distillation, which often done through charcoal. Unlike many other spirit that will take a moment before it can be drank or packed to age them, the drink requires no aging and can be drink right away. But, it will be cut with water from still strength to bottling proof commonly until 40% ABV.

About Svedka
Svedka is one off the most popular affordable vodka in the market that can be a safe bet when you want to spend as little but still get a decent drink. Just like you expect it, the product naming is a combination of Sweden and vodka since it is a product of Sweden. Even though it is manufactured by Lantmannen, which is an agricultural co-op of 42.000 Swedish farmers in Linkoping, the brand is owned by New York-based Constellation Brands. It is said that 90% of the company cases are drank by Americans.

Just like many popular brands out there, Svedka also offer both unflavored and vodka in various flavors like citron, cherry, and many more. They used winter wheat as the basic material, distilled 5 times and contains 40% alcohol by volume or 80% proof. The brand is relatively new in the market and only has been around since 1998 but quickly growing after they change their marketing as a fun and sleek drink rather than historic and traditional. In 2016, it even surpassed Absolut as one of the top-selling imported vodka in the US.

About Smirnoff
For many people, vodka is equal with Smirnoff. The brand is very popular in the United States and leave its other competitor like Absolut and Svedka quite far behind. This is the safest bet you can count on when you are not sure what you want for and even though it comes in such a low price, you usually can’t get wrong with the drink. The brand was owned by the Diageo, which is formerly the world’s largest distiller until 2017 when it is being overtaken by China’s Kweichow Moutai. Read also: Belvedere vs Grey Goose here. 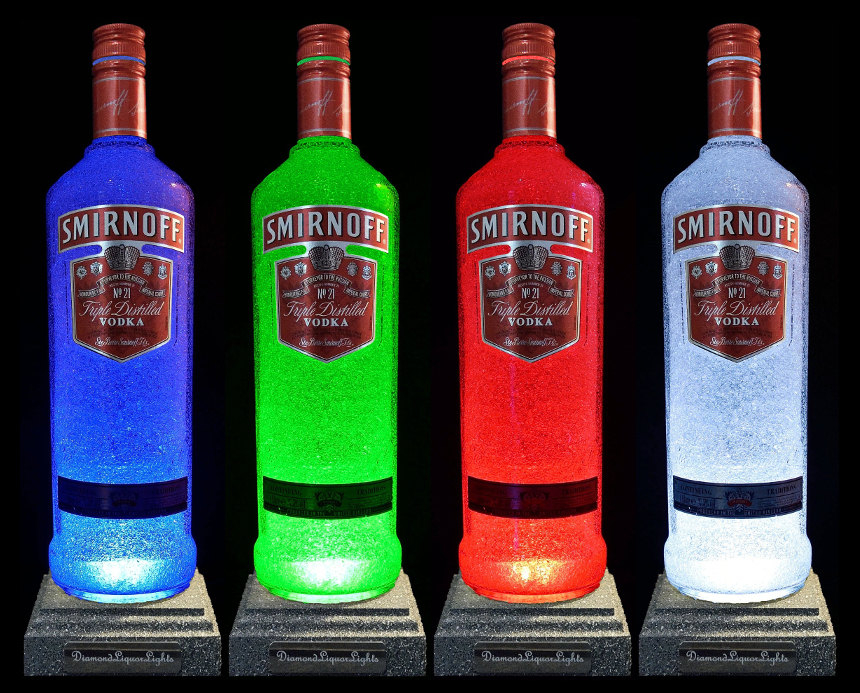 Smirnoff is grain-based vodka, distilled 3 times, and contains 40% alcohol by content or 80 proof. It is originated from Russia but after the descendant of the creator fled to Europe it is now based in the United Kingdom. The brand offer an incredible line of flavored vodkas, such as green apple, citrus, cranberry, blueberry, orange, strawberry, and black cherry. They also offer some unusual flavors like cinnamon churros, fluffed marshmallow, and root beer float. In 2004, Smirnoff is named as the best selling vodka in the world.

Comparison
Now, let’s compare Svedka with Smirnoff. Both of them are equally a great choice if you have limited to spend but still want to find a reliable drink. Besides separated by the brand, both of them are originated from different places; Svedka is originated from Sweden while Smirnoff comes from Russia. They also differ from the main material even though both of them are commonly contains 40% alcohol by volume or 80 proof.

Svedka is made from winter wheat and Smirnoff is made from grain. They differ even more from how many times they are distilled since Svedka is distilled five times while the other is only three times.

Conclusion
All in all, the decision is all yours to make. In our opinion, both of them should be a great option for the price. We know that people have their own preference and if you are not sure yet, try them one by one yourself, so you will know which suit your taste better.