Tequila Sunset and Sunrise are two popular cocktails that was made mainly with Tequila and orange juice. The original version of the cocktail is actually only the sunrise while the Sunset somehow created to match the original beverage. If you are cocktail or Tequila lover, you may want to try these two refreshing beverages next time you hit the bar. To help you differentiate both of them, you may want to check our article below. 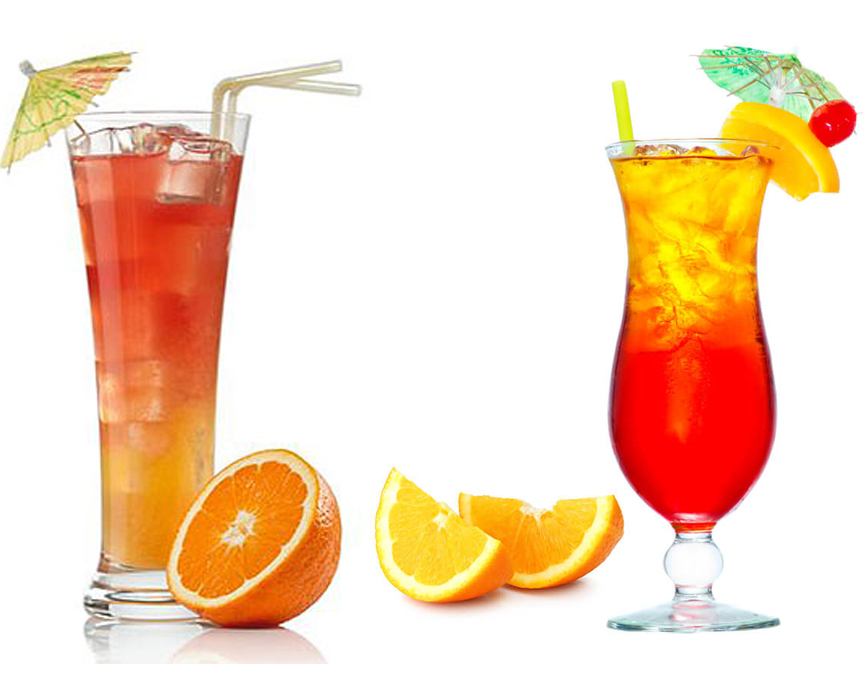 About Tequila
Tequila is one of the most popular spirit in the world. Chances are if you are already legal, you may already have a taste of this distilled beverage. Originated from Mexico, Tequila is made from an agave plant called blue agave or Tequila agave, which is native to Tequila and a central western Mexican state called Jalisco. Even though Tequila is a type of mezcal, you can easily differentiate it for it is only made from blue agave rather than any type of agave.

Tequila Serving
The most common way to enjoy a Tequila is with a shot glass rimmed with salt and lime. But it also made into a wide range of cocktail combined with so many other ingredients. Two of those popular variants are Tequila Sunset and Sunrise that we are going to talk later in this article. Tequila alcohol content may vary from 32% to 60% but the most common is around 40%. The beverage is also strictly regulated by the Mexican government and can only be produced in the state of Jalisco and limited municipalities.

Tequila History
Tequila was first produced near the city of Tequila in 16th century. It was created when Spanish conquistadors ran out if their own brandy and they began to distilled agave to produce this popular spirit. The first beverage exported to United States is done by the founder of Sauza Tequila Don Cenobio Sauza while his grandson is the one who gain international attentions for insisting that real tequila can’t be made where there are no agaves.

In present day most well know Tequila brands are usually owned by large multinational companies but there are still some family owned brands that runs from generation to generation. According to a source, here are the top 5 best selling Tequila brands in 2015. From the highest there is Don Julio, Calle 23, Ocho, Tapatio, and Patron. Check our previous article on Gatorade vs Water here. 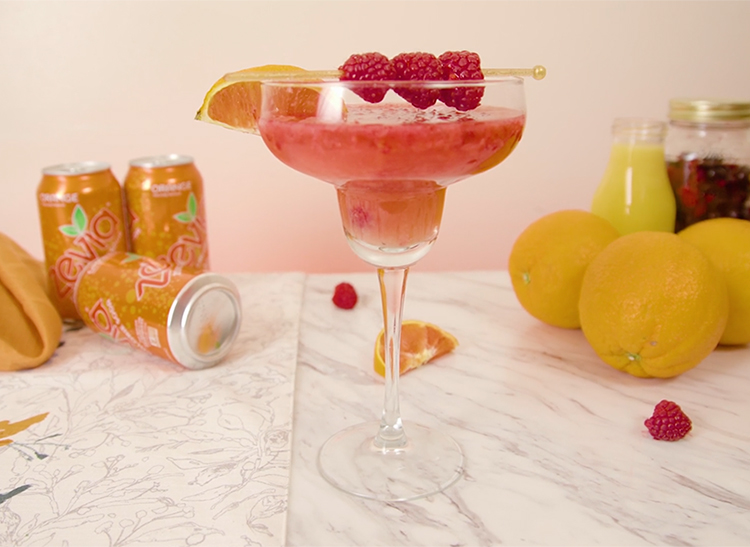 Tequila Production
As it have been mentioned earlier that Tequila are made from blue agave. To make the agave into the beverage you know, it have to pass through a long process. The part that is made into the beverage is only the ripe succulent core of the plant, which is called pinas. This pinas then slowly baked to break down its fructans into simple fructose then shredded or mashed to extract the juice.

This juice then follow another process, which is fermentation in large wooded or stainless steel vats for several days to create wort that has low alcohol content. This wort then distilled once to create “ordinario” and then distilled again to create clear “silver” Tequila. The liquid then can be bottled as silver or put back again into wooden barrels to age and make the liquid develops a mellower flavor with amber color. The aged Tequila is called Reposado or Anejo and aged in wooden containers from 2 months to 3 years.

About Tequila Sunset and Sunrise
Tequila Sunset and Sunrise is a popular cocktail made from Tequila, orange juice, and grenadine or red food coloring. Grenadine is a type of syrup in a darker red color with rather thick consistency and is popular as an ingredient in making cocktails for its flavor and color. The original drink was actually only Tequila Sunrise but somehow people start making another version of the beverage for its beautiful mix of orange and yellow color.

The naming of the beverage is clearly taken from the gradation, which shares so much resemblance to sunrise. Tequila Sunset and Sunrise are commonly served in a tall glass and unmixed but people can make it in any glass they want, some people prefer rock glass and some may use stemless wine glass. The most popular garnish used for both beverages are orange or lime and cherry. 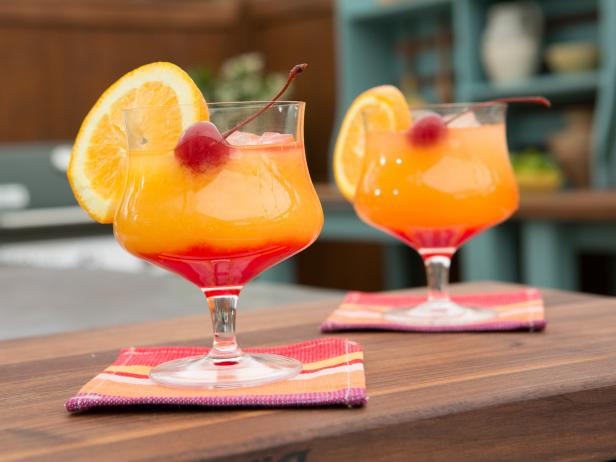 Tequila Sunset and Tequila Sunrise Recipe
Making your own Tequila Sunset and Sunrise also not so hard and you may able to do it easily at home as refreshment during hot summer days. Taken from people.com to prepare the drink, you have to get all the ingredients first, such as 1 ½ oz. tequila, 3 oz. orange juice, grenadine, sugar and orange slice for garnish. Second, rim the glass with sugar and put ice into it. Third, add the tequila and then orange juice.

Fourth, drizzle the grenadine carefully using a spoon near the rim of the glass to let the liquid sink into the bottom and garnish with orange slice.

To make the Sunset version, you can skip the grenadine and replace it with red food colorant, since grenadine density will make it sink instead of floating like what you want in Sunset. The step is still the same but in the finishing touch, you have to mix soda water with red food coloring to get that red color and pour it carefully on top of Tequila and orange juice. The final product will look like a sunset color with its red part on top as opposite of Sunrise.

If you don’t like food colorant and want to change it with another ingredients, many people also used blackberry brandy or dark rum to substitute the grenadine. But the gradation may not as beautiful as food coloring.

Comparison
Now, let’s compare Tequila Sunset with Tequila Sunrise. What makes them different is only the ingredients and how you layer the beverage. In tequila Sunset, food colorant is used instead of grenadine to let it stay on top while in Sunrise grenadine is used to since it will create a good layer of red at the bottom. From the alcohol content, both beverages are very similar depend on the Tequila used.

Another type of Sunset also prefer to use blackberry brandy or dark rum to replace the grenadine. But the final product may not as beautiful as with the red food coloring version.

Conclusion
All in all, the decision is all yours to make. We believe that people have their own taste and it is okay to prefer one over the other, love them just the same or not at all. Both of them taste fresh, but since Tequila Sunrise have some grenadine in it, it will also taste much sweeter than Sunset variation and if you are not a fan of the sweet original drink, you may want to try Sunset instead.