Tequila and Whiskey are two popular spirits that has been around since long time ago. Both have their distinctive flavors from their main ingredients and offer you different experience in each sip. If you want to know more about them, you may want to read our article below. 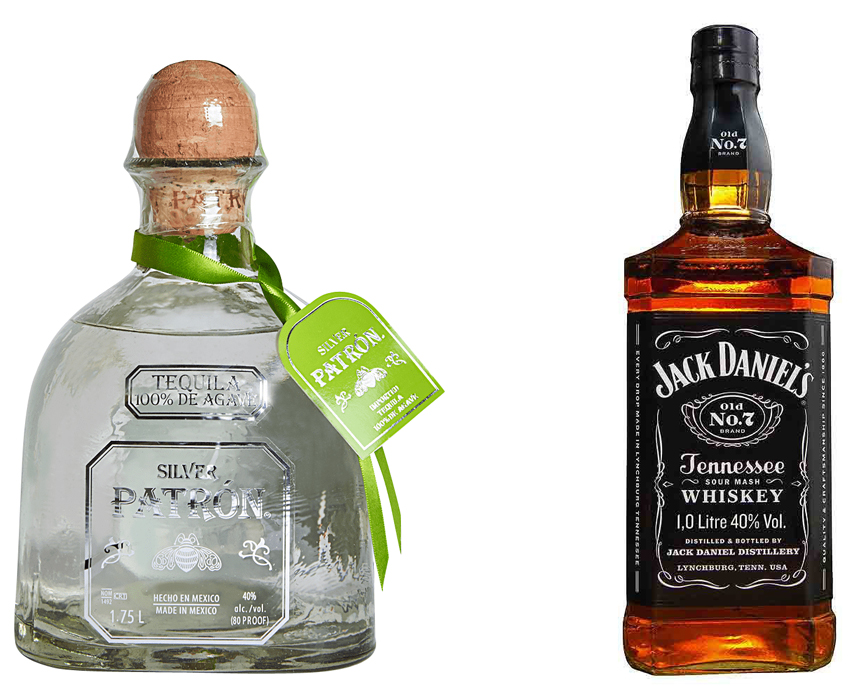 About Tequila
Tequila is an alcoholic beverage that was made from blue agave, which is a kind of plant from kingdom Plantae. This plant is used for its high in sugar, mostly fructose. This beverage named after the city of Tequila, where the beverage comes from, located about 65 km northwest Guadalajara. Tequila is a type of mezcal, but it can only be made from blue agave rather than any type of agave native to Mexico.

Tequila Serving
Tequila is commonly served with salt and lime in its native place Mexico as well as in the rest of the world. The method is to rim the shot glass with salt before putting the liquid and garnish it with lime or you can put it beside the beverage. Some people also enjoy tequila like they would enjoy whiskey or rum; by smelling it gently while sipping it in tasting glass or wine glass to open the flavors up. Taken from independent, people who loves Cocktail should also try Bloody Marys with tequila instead of vodka.

Tequila History
Tequila was first made in 16th century around the city of Tequila, but it was not officially established until 1666. This beverage was initially created by Spanish conquistadors when they ran out of their brandy, so they began to distill agave to produce an alcoholic beverage. The first Tequila that was mass produced is the one made by Don Pedro Sanchez de Tagle, the marquis of Altamira in 1600. 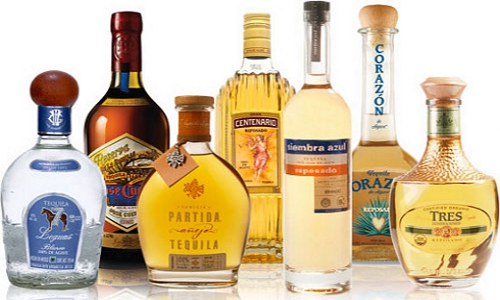 In present day, Tequila is no longer owned by family but by large multinational corporations. In Mexico you can find so many Tequila brands but the most popular are brands like Cabrito (100% Agave), 100 Anos (51% Agave), Sauza (100% Agave), and El Jimador (100% Agave). For another alcoholic beverages, check our article on Cabernet vs Pinot Noir here.

Tequila Production
The production process of Tequila start from the planting, tending, and harvesting the Agave. Despite the available technology, these process remain traditional and done by hand by jimadores. The part of the plant that is used for the beverage making is the pina or the succulent core of the plant. This pina then transported to where it will be slowly baked to break down their complex fructans into simple fructoses.

Those baked pinas then shredded and mashed to extract the juice. This juice the put into a large wooden vats or stainless steel vats for several days to create wort or mosto with low alcohol content. Wort then distilled to get ordinario and distilled again to get silver Tequila. Those Tequila with amber color is the silver Tequila that left in wooden barrels to age, which through the process, the taste also altered to me mellower.

Tequila taste is affected by where the Agave is planted; if it is made from lowland the beverage will have an earthy taste while if it was made from highland Agave, it will have sweeter and fruitier flavor. The average alcohol content of Tequila is between 32% to 60%.

About Whiskey
Whiskey is an alcoholic beverage made from fermented grain mash. You can use different grains to make Whiskey including barley, corn, rye, and wheat. These grains may also be malted first before they are used to make the beverage. Whiskey is commonly aged in wooden casks made from white oak. Whiskey is categorized as spirits for it have more than 20% alcohol while the average alcohol content of Whiskey is between 40% and 68%. 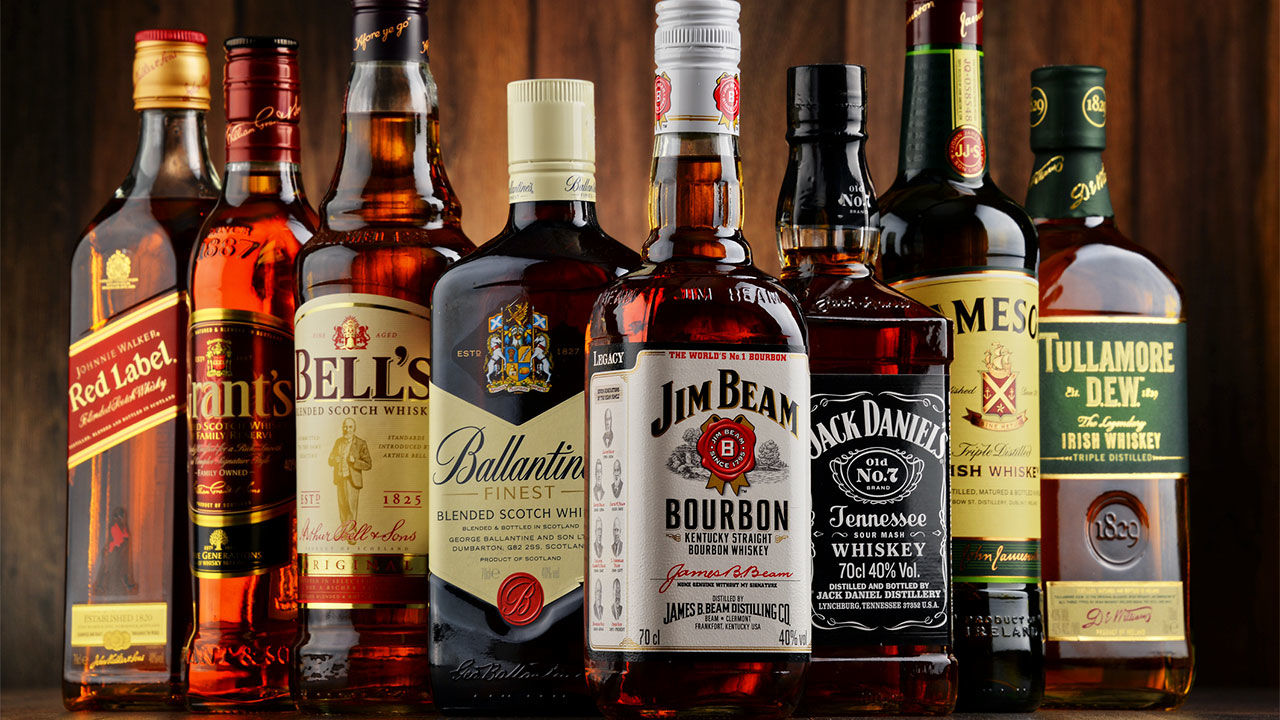 Whiskey Serving
Whiskey is commonly served in a glass without additional ingredients. You can choose your favorite glass to drink Whiskey and there is no strict rule to it. However, it is always recommended to drink the beverage in a glass, since other materials can taint the flavor. The common glass used to drink Whiskey is rocks glass or also known as the lowball glass.

If you want to step up your game, you can purchase some specialty whiskey glasses, such as the tulip-shaped glass that will concentrate the vapors and flavors to let you smell the aroma.

Whiskey History
Whiskey was probably first made by Babylonians in Mesopotamia in the 2nd millennium BC together with perfumes and aromatics being distilled. But this is not clear since there is not enough evidence yet. The earliest mention of the word Whiskey is around seventh century Annals of Clonmacnoise. In America, whiskey is used as currency during the American Revolution, because the farmers at that time think it is more profitable to convert corn to whiskey rather than transport the in its current form.

Whiskey Production
The beverage is not mature in the bottle but in between the distillation and bottling, which reflects how much the cask has interacted with the whiskey and affecting its chemical makeup and taste. Whiskey that has been bottled long doesn’t mean it is better than more recent whiskey that matured at the same time in their wood. Whiskey is divided into American Whiskey, Scotch Whiskey, Irish whiskey, and Canadian whiskey. American Whiskey taste sweeter than other whiskies; Scotch whisky have smoky and earthy flavors; Irish whiskey have lighter bodied; and Canadian whiskey that tend to be light-bodied and fruity flavor.

Comparison
Now, let’s compare Tequila with Whiskey. Both are categorized as spirits and have been around for quite some time. They also matured in their vessel and not in the bottle. However, Whiskey have slightly more alcohol content in average than Tequila. Unlike authentic Tequila that only made from blue Agave, Whiskey can be made from various grains. From the serving method, Tequila is often drink with salt and lime while Whiskey is often drink alone or with ice.

Conclusion
All in all, the decision is all yours to make. You have to taste them one by one to know which suit your taste and preference better. Both can have sweeter taste or earthy taste depend on the ingredients. If you prefer the one with stronger alcohol, you may want to pick Whiskey.