There are many kind of carbonated drink we like to consume on daily basis or in a special occasion. Named sparkling mineral water, tonic water, club soda, seltzer water and so on. Each of this drink is different based on what ingredients they are made from. Some of them are drink to substitute water with a little kick on them, and some are commonly used to make alcoholic drink as a mixer. In this article we will talk about tonic water and Perrier. Both of them are carbonated drink, but are different from the ingredients aspects and the common way to consume them. Here is how both of tonic water and Perrier may differ. 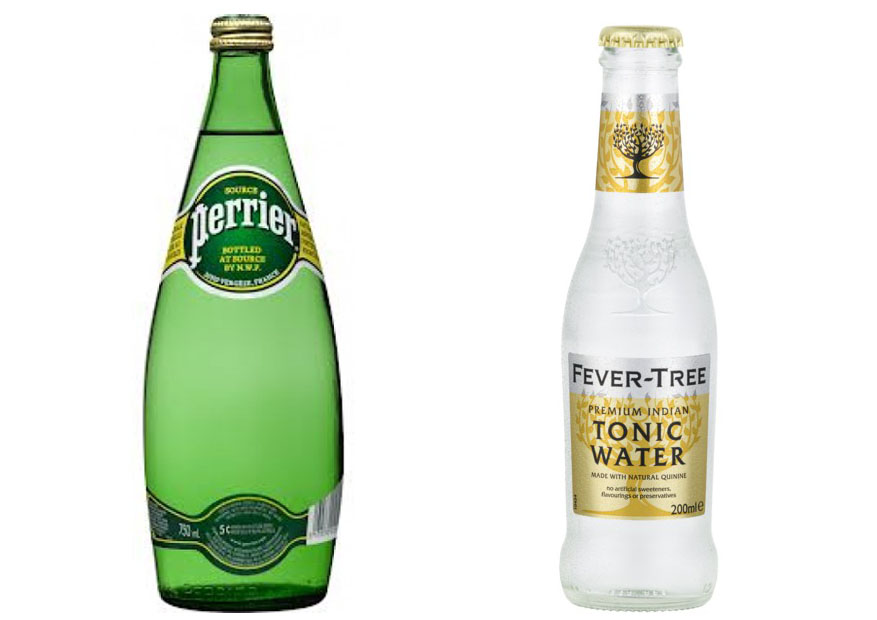 Tonic Water
Tonic water or also called Indian tonic water is a kind of carbonated water in which quinine is dissolved. It was used as prophylactic against malaria, tonic water which is marketed now is known to have lower quinine compare to than it was before. Tonic water which have lower content is now consumed for its distinctive bitter flavor. People usually use it to be mixed together in a drink, commonly in gin and tonic. Quinine was originally used to treat malaria during the day of colonial India. This quinine naturally found in the bark of cinchona tree found in the Peruvian Andes, the legend said that an American Indian was suffering from malaria and drinking from a pool contaminated with cinchona tree, by drinking the water that person then can cure his/her illness. It is not clear on how the quinine was discovered, but the first documentation of its use as a malaria treatment is recorded in Peru in 1630. The quinine then continue to be used as an anti-malaria treatment until 1920. Because after that time chloroquine was found and it gives a fewer side effect when used as anti-malaria treatment. 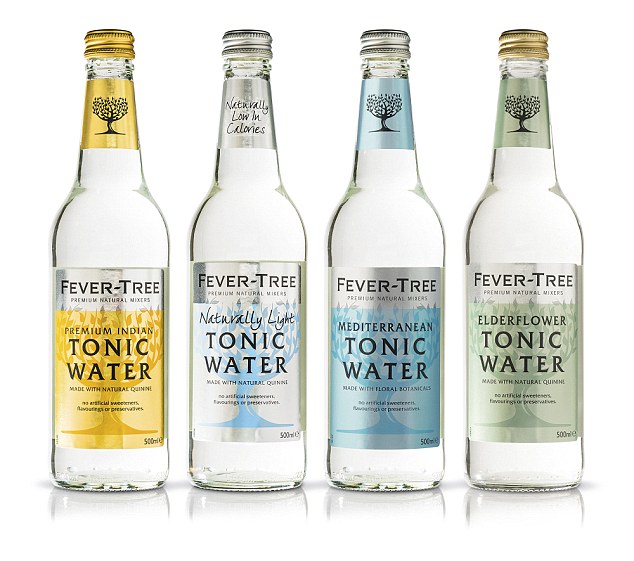 By 2006 WHO is no longer recommending quinine as a first-line treatment for malaria patient and it should be use only when artemisinins are not available. These days quinine is not commonly used as a medical treatment. Back then medical tonic water contains carbonated water and a large amount of quinine. The tonic water these days does not have as many quinine and taste less bitter. Many of tonic water today also sweetened with fructose or sugar. Some manufacturers also produce diet tonic water with aspartame as an artificial sweetener. The FDA limit the quinine contains in tonic water for 83 ppm (83 mg per liter if calculated by mass), while the daily dose of quinine is 500-1000 mg. For malaria prevention it is recommended to consume 2100 mg daily for 70 kg adult). There are many brands of tonic water marketed in the US such as, Schweppes, Fentimans, Whole Foods 365, Q Tonic, Vintage, Fever Tree, Stirrings, Seagram’s, Canada Dry and White Rock. The first commercially produced tonic water was marketed in 1858. The tonic and gin are both originated in British colonial India, at that time the British population would mix their medical quinine with tonic.

Perrier
Perrier is sparkling mineral water produced by Perrier which a part Perrier Vittel Group, which became Nestle Waters France in 1992. Perrier is bottled mineral water taken from a source in Vergeze located in the Gard department in France. The spring where Perrier was sourced is naturally carbonated, however the water and the carbon dioxide is taken separately. The water first purified and then the carbon dioxide was combine again with the water in the bottling stage. Perrier comes in many flavor beside the natural one, such as lemon and lime, citron lemon-lime, and pamplemousse rose pink. They also launched green apple flavor in 2015 in the US and a year later a mint flavor was introduced in France. In france Perrier introduce many flavor since 2002, for example Eau de Perrier which is less carbonated than the original one and comes in a blue bottle. Perrier Fluo which comes in ginger-cherry, peppermint, orange-lychee, raspberry and ginger lemon flavor. The Perrier water source was originally called Les Bouillens when purchased by a local doctor named Louis Perrier, he then sold the spring to St John Harmsworth. Harmsworth later bottled and marketed the mineral water in Britain, which at that time Frenchness was seen as chic and aspirational to the middle classes. (See also : Perrier vs Pellegrino) 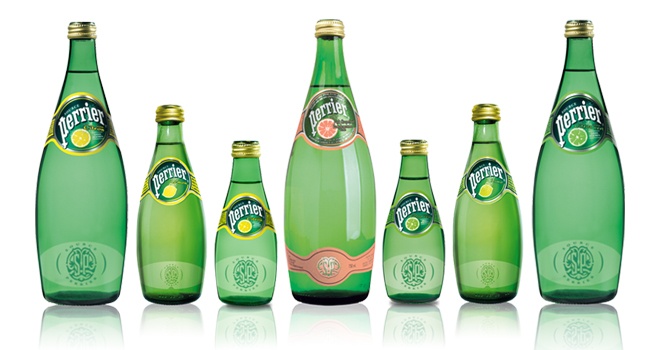 Conclusion
The difference between both of them are, tonic water contains quinine which makes the water taste a bit bitter, while Perrier do not. A unique property of quinine is its phosphorescence which makes the tonic water appear to glows blue under black light. Both Perrier water and carbon dioxide are comes from nature, while tonic water is not. Perrier are usually drank as a substitute of mineral water while tonic water now is commonly used as a mixer in alcoholic drink especially those made with gin and vodka. Also Perrier is enriched by natural mineral while tonic water is not. The only similarity between both of them are they are fall into carbonated drink category.