People has been finding way to reduce sugar intake that known to be linked with many diseases like diabetes and obesity and the most popular way is using zero or low calorie sweetener. There are so many of them in the market and the most well-known are Truvia vs Splenda. In today article, we are going to give you information regarding these two similar yet different sweetener and if there is any, how they are separated from each other. If you are interested, go check our article below. 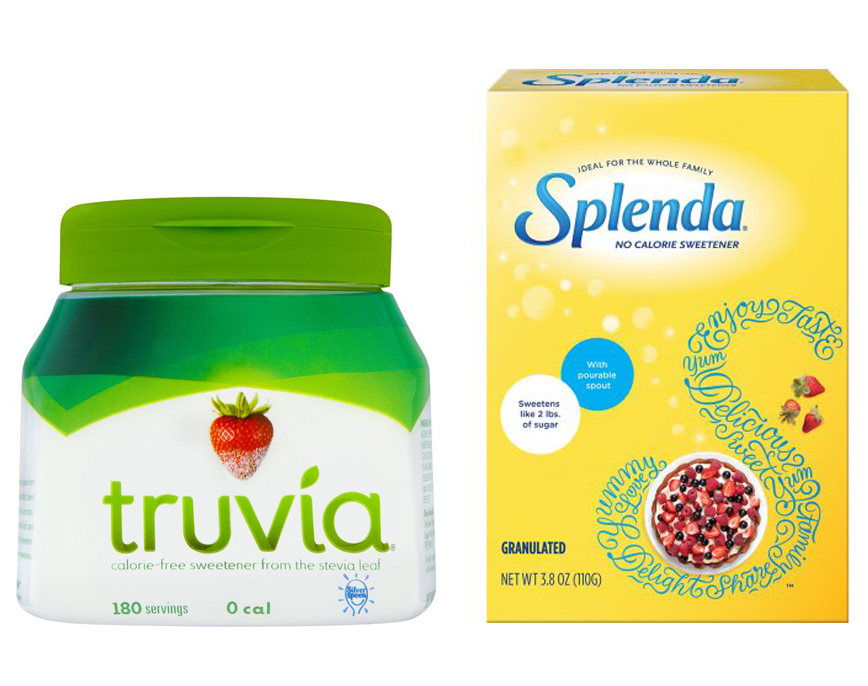 About Truvia
We are battling with obesity in the last few decades because the number of people suffering from it continue to increase drastically. This bring alert into our society and more people are starting to reduce their calories intake especially from sugar foods and drinks that can boost their blood sugar level. Zero or low calorie sweetener are very popular for the sole reason of they still able to give a similar taste like sugar but without the calories. One of the most popular brand of those sweetener is Truvia.

Truvia Ingredients
The brand is marketing their sweetener as a natural sweetener based on Stevia plant. For those who are not familiar with the plant yet, this plant is native to Brazil and Paraguay and the leaves can be extracted resulting in steviol glycosides, which is used to replace sugar. The company claimed that their sweetener is good to control blood sugar level and safe to be consumed by human, but just like many claims, we still have to take it with a grain of salt. Read also: Truvia vs Stevia in the Raw here. 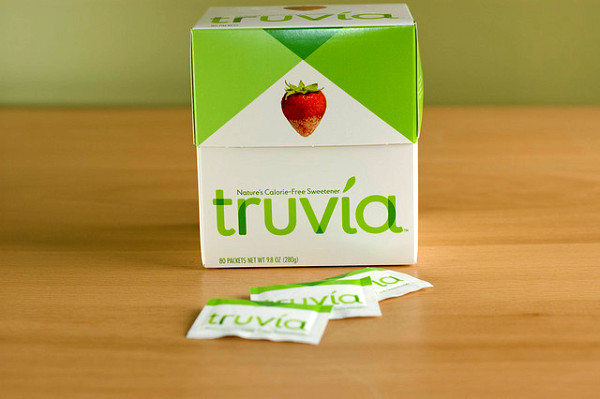 The main ingredient of Truvia is erythritol which is sugar alcohol you can found in some natural foods like fruits. The company itself is manufacturing the substance from corn and then processed into a food grade starch then fermented to create broth and purified to create erythritol crystals. What makes it taste sweet is because the chemical structure of this sugar alcohol has an ability to stimulate the sweet taste receptors on your tongue. Besides erythritol, xylitol and sorbitol are also common in Western diet. The last ingredient in natural flavor and Truvia said it is used to bring the best of the sweetener and similar to the likes of pepper and salt.

Truvia Benefit
The best benefit of using Truvia is it has almost no calories and won’t affect your blood sugar level since it is made of erythritol which only has 0.24 calories per gram compared to 4 calories per gram in table sugar, so it is nearly impossible to consume high enough to affect your weight. The substance is also not metabolized in your body thus it doesn’t have any effects on blood sugar, cholesterol, triglycerides or other biomarkers.

About Splenda
The choice is still abundant out there when it comes to zero calories sweetener and other brand you can opt to is Splenda. What makes this one different from Truvia is it doesn’t use the natural claim since it is not made from Stevia leaf, so for those who prefer natural sweetener, you may want to step aside from this sweetener. However, as time goes by and the request keep surging, they finally also offer Stevia based sweetener, but the one in our article today is the older and more popular sucralose based.

Splenda Ingredients
Splenda is made with dextrose, maltodextrin, and sucralose. The first two are just another name to call glucose which is one of the basic sugars just like in table sugar and even though the company marketed it as no calories, it actually contains 4 calories per pack mainly from dextrose and according to the FDA, calories less than 5 per serving can use zero, no, or calorie free term. However, what makes it far sweeter than regular sugar is the sucralose. 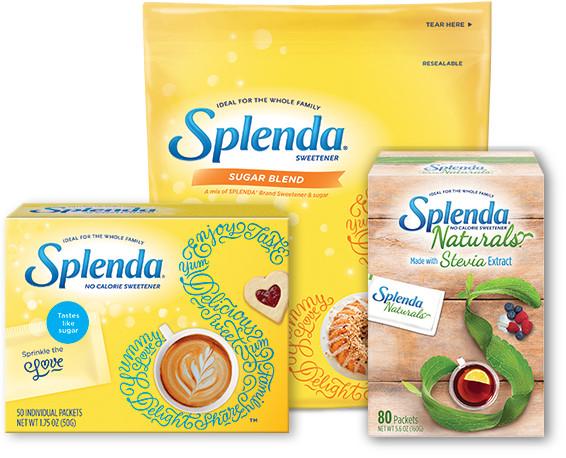 This substance is a no calories artificial sweetener and made from sugar by following a multi-step chemical process where 3 hydrogen-oxygen groups are replaced with chlorine atoms. Unlike other sweeteners, sucralose won’t have any bitter aftertaste and used by many people to make foods like baking since it can retain the taste. But, there is an issue about this method since taken from healthline, heating sucralose with glycerol which is the backbone of fat molecules will produced chloropropanols that may raise the risk of cancer.

Another concern regarding sucralose is it may affect blood sugar or insulin which is very controversial since these type of sweetener should have the opposite effect. A small study in 17 severely obese people who are not regularly consume sucralose showed that the substance elevated their blood sugar level by 14% and insulin levels by 20%. But, when done in healthy people and those who consume sucralose regularly, it showed no effects on both blood sugar level and insulin.

Splenda Benefit
Just like it has been mentioned earlier, the best thing about sucralose based sweetener like Splenda is because it is made from sugar and taste like sugar but far sweeter. Besides the taste, it is versatile enough for baking since it will retain the taste when heated, moreover, it has “no calories”, so you don’t have to worry about gaining weight from the intake.

Comparison
Now, let’s compare Truvia with Splenda. As you may already know at this point, even though these two are similarly zero calories sweetener, Truvia is made with erythritol and stevia leaf with approximately 0.84 calories per pack but will taste slightly bitter at the end and can’t be used for baking. At the other hand, Splenda is made with sucralose from sugar and has 4 calories from dextrose but has very similar taste like table sugar and can be used for baking.

Conclusion
All in all, the decision is all yours to make. In our opinion, consuming something excessively will still bring bad effects, so we will recommend you to consume either of them moderately. However, if we are to choose, we will go with Splenda since it taste better and more versatile than Truvia.