There are so many ways to get healthy and consuming cultured milk is one practice that has been done by people even from around 10.000 BC. Today, you can purchase cultured milk from many different brands and type in the market with so many flavors and added benefit to choose. In today Yakult vs Yogurt article, we are going to compare these two fermented milk to give you more information regarding what benefit you can get from consuming them as well as how they are different from each other. 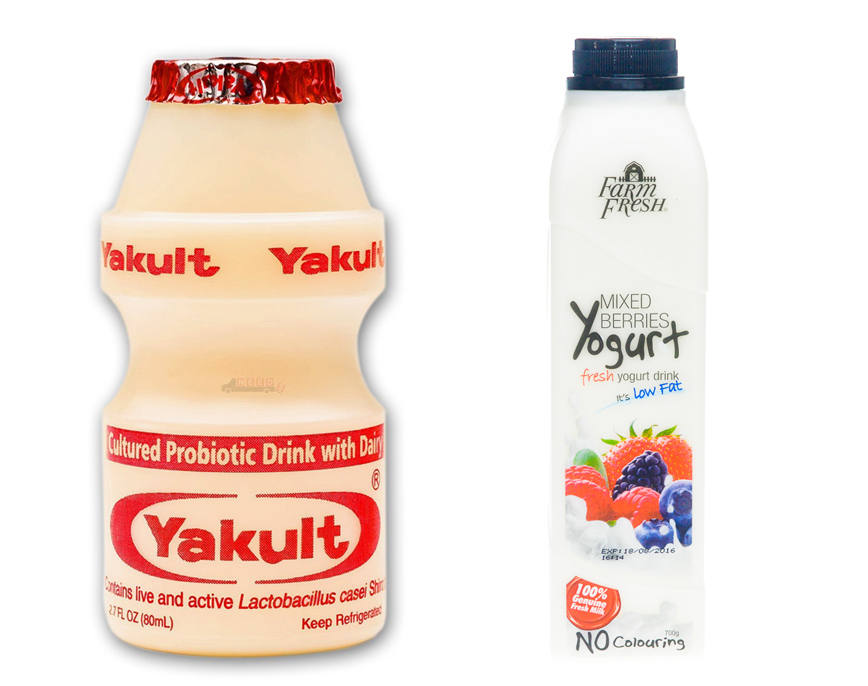 About Yakult
Yakult is a very popular brand of probiotic drink. This drink is available in most part around the world and is consumed by people from children to elder people. This drink was first made and marketed by a scientist named Minoru Shirota in 1935 and named after the Esperanto of yogurt, “jahuruto”. The manufacturer now is Kabushiki-kaisha Yakuruto Honsha, which Groupe Danone also has a shares of 20%. In present day, Yakult is sold in around 31 countries all around the world but the bacteria cultures is still provided from Japan.

Yakult Variants
As it has been mentioned earlier, Yakult is available in many countries and you can get them easily in most grocery stores or convenience stores that sold cold drinks. It has several variants but the availability is different from places to places. The original 65 ml one is the one that almost available everywhere but in countries like Taiwan, Hong Kong and Singapore, you may also find the 100 ml version. In Singapore they even sold Yakult in a variety of flavors like grape, orange, and green apple.

In the USA itself the drink is available in 2 versions; the original one and Yakult Light both in 80 ml bottles. The light version has the same benefit like the original but is a sugarless option for those who want to reduce their sugar intake. For similar drink, check Bio Salud vs Yakult here. 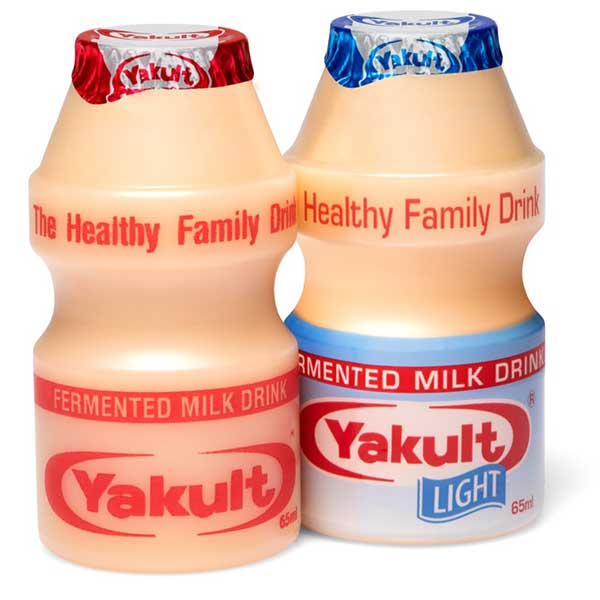 Yakult Benefit
As you may already know, Yakult contains probiotics which is the friendly microorganism found in your intestinal tract. Human immune system’s activity lies within intestinal tissues and this is why it is important to nourish this part with good supplements. The probiotic in this drink is called Shirota casei and has been demonstrated to give both positive and mixed result in term of promoting intestinal health as well as treating other conditions.

Taken from livestrong, one independent study in Italy found that Yakult fermented drink help significantly improving stool consistency and bowel habits in Parkinson’s patients when drank regularly in 6 weeks. A viral benefit published in “British Journal of Nutrition” found consuming the drink help reduce fever associated with gastroenteritis even though it didn’t prevent the disease. A contradictory result is found in the improvement in immune system because one study stated it increased elevated NK cell while the next study stated there is no significant effect on NK cell from consuming the beverage.

Yakult also did a study on Insulin resistance in their Research center and publish it in “Journal of Applied Microbiology” that showed probiotic is able to improve insulin resistance and glucose intolerance in obese mice.

About Yogurt
Yogurt is a very popular fermented milk product that is made using yogurt cultures. The fermentation of this bacteria to the lactose in milk will produce lactic acid that acts on the protein and give the product that tart flavor. Even though mostly it was made from cow’s milk, it also can be made from another milk whether it is homogenized or not, such as water buffalo, goats, ewe, mares, camels, and yaks. Regular Yogurt is white in color with creamy texture and sour/tart flavor. 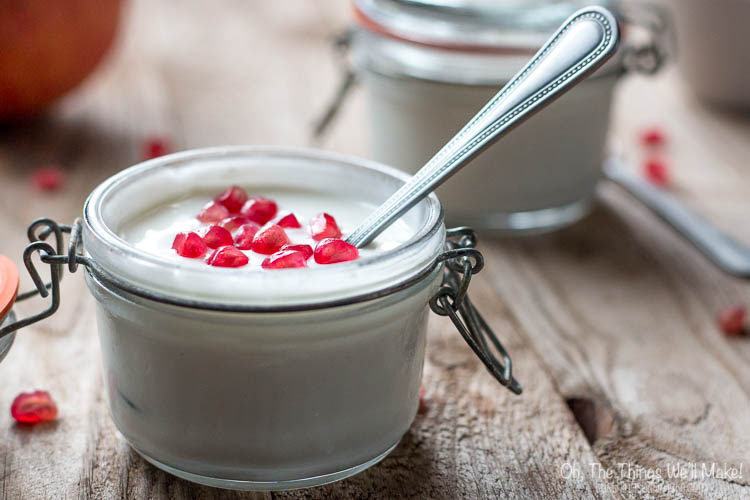 Yogurt Variants
Since this fermented milk is very popular, you can get them everywhere in almost every countries around the world. People sell them in grocery stores or those places who sell cold drinks or you may also made it yourself if you want. Yogurt may come in two consistency, the creamy version and the liquid ready to drink version, which easier to enjoy if you are on the go. The ingredients may vary depend on the brand and types, some are in original flavor while some may added with natural/artificial flavoring or even fruits to enhance the taste.

Yogurt Benefit
When talking about Yogurt, the most familiar thing you hear is probably the probiotics. Yogurt with active culture may help your gut by changing the microflora of the gut, improving the time food takes to go through the bowel, and enhance body’s immune system. Another study found that L. bulgaricus and S. thermophilus that is used to make the product is able to reduce diarrhea that occur in some people after they took antibiotics.

Yogurt that contains lactobacillus and bifidobacterium is found to improve the success of drug therapy on people with persistent H. pylori infections, which is a bacteria that can cause infection to the stomach as well as in the upper part if the small intestine. A study also found that yogurt with active cultures found to be beneficial for women with Candida that often happened in women with diabetes. After a period of time consuming Yogurt the group who eat active cultures Yogurt shows pH drop from 6.0 to 4.0.

Comparison
Now, let’s compare Yakult with Yogurt. Both of them are very similar cultured milk and is made with similar process. What’s make them different is the bacteria used to produce the fermented milk. Yakult is using the Lactobacillus Shirota strain while Yogurt is commonly made with Streptococcus thermophilus and Lactobacillus bulgaricus. In the taste both of them also different because Yakult and Yogurt has different taste even though this may cause by their own flavoring. Yakult also contains sugar, which is not preferred by some people while original Yogurt is not.

Conclusion
All in all, the decision is all yours to make. Both of them are not supposed to replace each other and is better to be consumed together to get the maximum benefit. They also taste equally good depend on your preference. In our opinion, you can consume whichever you think is better for your body.